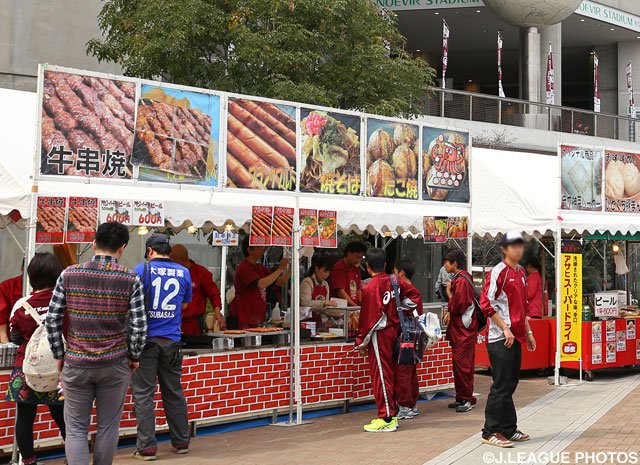 Vissel Kobe have announced the sale of 20 special tickets directed at club fans and gourmet lovers for their match against Ventforet Kofu on 12th April.

Aside from granting access to the game, the tickets will allow holders to eat unlimitedly from a spread served by food stalls in the space of four hours, and went on sale at noon on Wednesday.

Such stalls are one further reason for fans to travel to away games and sample delicacies from other towns.