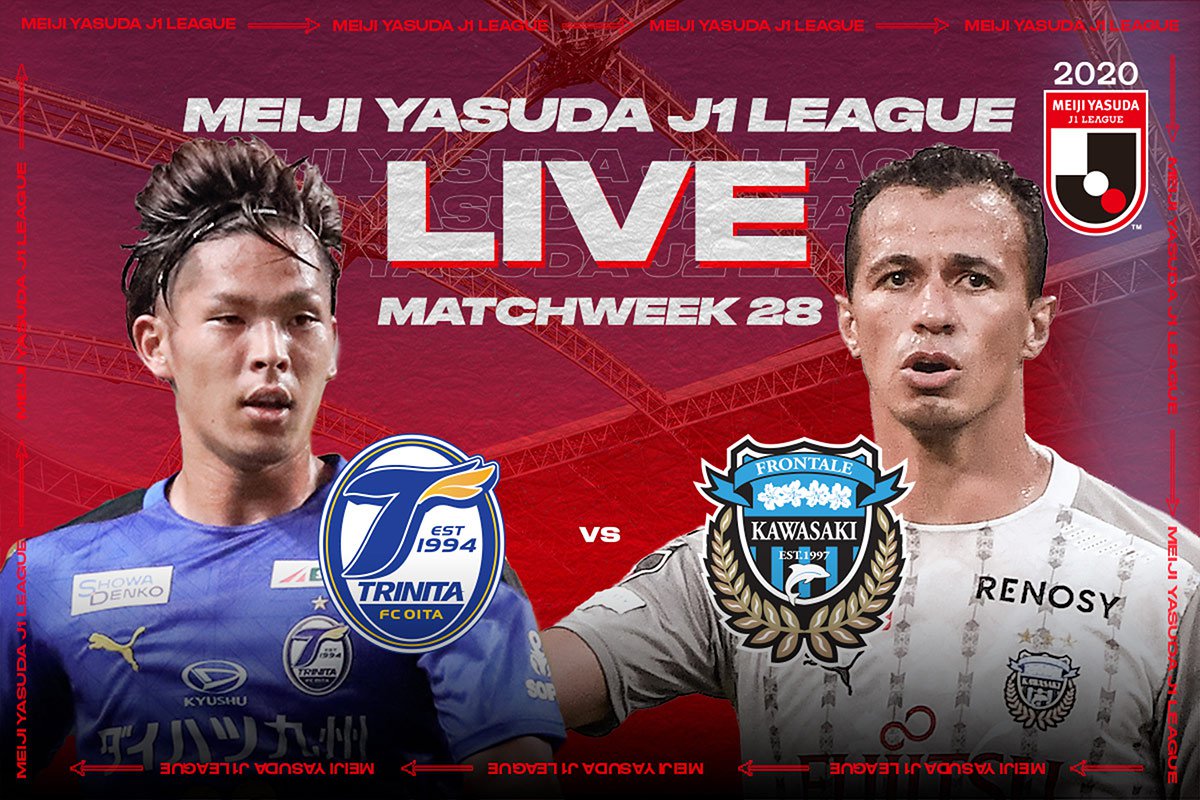 The league leaders are on the road in the MEIJI YASUDA J1 LEAGUE—and global fans in select markets can catch all the action on our official J.LEAGUE International YouTube channel! Don't miss out as Kawasaki Frontale travel to face Oita Trinita on November 21st!

Three points at the Oita Bank Dome against Oita Trinita would do nothing but to seal Kawasaki Frontale’s third J1 League title. There are numbers to calculate though. If second-placed Gamba Osaka fail to edge out Urawa Red Diamonds on Sunday, Kawasaki will ascend to the throne regardless of their narrative at the Dome.

It took two games for Kawasaki to groove on the pitch again. The Toru Oniki-led outfit defeated Yokohama F. Marinos on Wednesday to claim their first victory after two games of dissipation. The visitors are keen to replicate their previous 2-0 feat against Oita; despite the absence of suspended defensive leader Jesiel, who provided the winner against Yokohama, the pool of defensive talents in Kawasaki are poised to null the void. The 23-year-old winger, Kaoru Mitoma’s role would be vital to seal the deal on Saturday as the host brace for a lockdown in a wish to fend off any confetti at their den. It would be Oita’s first game after 18 days of absence, having the Kashiwa Reysol fixture called off in between. The superior amount of rest could be their only facet to stop who had been formidable throughout the season.