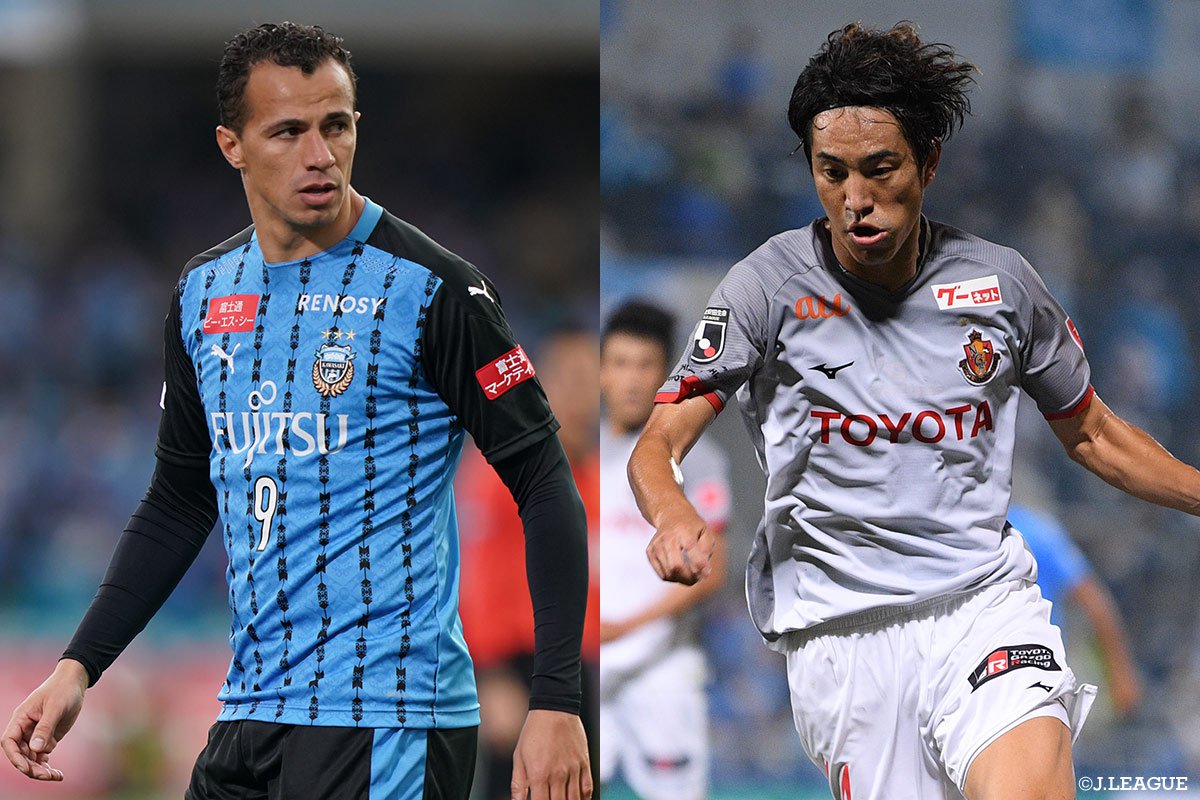 Match-day 23 of Meiji Yasuda J1 League will take place this weekend. As the league nears the final third of the season, teams strive for positive ends. League title and the AFC Champions League qualifiers spots are the motivators for the contestants.

For every ten straight wins Kawasaki Frontale relish, comes Nagoya Grampus. League leaders Kawasaki house fourth-placed Nagoya at home after savoring their second ten-game winning streak of the season; the first of which was halted when the Red Wall (Nagoya) stood against them marking themselves as the only to have beaten the 62-pointers this season. The two sides’ previous head-to-head on game-week 12 was the witness of Nagoya’s rock-hard defense, edging out the visitors with a goal. This Sunday’s visitors aim to replicate their August success at the Toyota Stadium through on-form Brazilian diminutive forward Mateus.

Earlier in the afternoon before the Kawasaki boys take on a mission to the uncharted soil, second-placed FC Tokyo travel to Yokohama. Mid-week outing witnessed Tokyo’s consolidated offensive display on top of their already solid defense; thumped a 3-1 victory over Shimizu S-Pulse through heroics in Kensuke Nagai, Kyosuke Tagawa, and Adaílton, easing the pain of Leandro’s absence this weekend. However, Yokohama FC display a stark difference by being winless for the past three games. None but the lackluster forwards of Yokohama are the main leads to foster changes.

The sole fixture on Saturday is the third-placed Cerezo Osaka hosting the other Yokohama outfit, Yokohama F. Marinos. On Wednesday, Cerezo’s Matej Jonjić screamer pipped out Shonan Bellmare to collect all three points at the Nagai Sports Ground minutes before the final whistle. Despite the poor recent form, the mid-week clean sheet is much to Osakans’ relief. The Miguel Ángel Lotina boys will seek to capitalize on the empty backyards left by Yokohama’s high lines; pacey winger Hiroshi Kiyotake will be the key pillar for Cerezo attacks. The opposition, meanwhile, seek to conclude their week-long Osaka trip with a victory after sharing the spoils with the other Osakan outfit on Wednesday. Intimidating Cerezo’s congealed defense will be the task for travelers and Marcos Júnior with 11 goals to his name this season is the player to pin their hopes on.

At the other end of Osaka is Gamba Osaka contesting against Oita Trinita. Gamba are in good shape with 19 points collected in the past six matches and they are unlikely to be interrupted. Former FC Bayern Munich loanee, Takashi Usami has heralded signs of recovery; likely to be vital for Gamba’s away triumph. As Osaka embark on an away quest, Oita are relieved to be home. The weekend’s host have not won a single game in their past two outings away from home. However, a last-minute equalizer on Wednesday could dispense impetus for the hopeful Oita.

With two recent victories, Kashima Antlers enter the weekend fixture against Hokkaido Consadole Sapporo lighthearted. The fiery artilleries with five goals in their last two fixtures are critical for Kashima to further their streak, especially with Hokkaido’s staggering defense that conceded three goals to Nagoya. For Consadole, fresh university graduate custodian, Kojiro Nakano, is the dim light of hope.

At the Shonan BMW Stadium Hiratsuka, Kashiwa Reysol are the visitors at Shonan Bellmare’s den. Leading to the weekend fixture, Kashiwa earned a point at home drawing with Urawa Red Diamonds. Raiding incisive three goals in the last two games, Ataru Esaka is the marksman to exploit on lurching Shonan. Sapporo’s defensive blunders were at least compensated with occasional three points and compared to Bellmare, they are at a much better place. Losing six games straight, Shonan failed to find the net against Cerezo on Wednesday. The poor offensive display has been a persistent issue with them despite the tenacious defense; attacking amendments are of utmost priority.

The mid-table runner, Urawa Red Diamonds invite Vegalta Sendai at home. The Reds finally seem to have gained equilibrium at the back with two defeat-less games recently. The 34-year-old forward, Shinzo Koroki, shoulders the pressure to replicate this Wednesday’s goal-scoring form. The yellow and blue, however, are still under precariousness; have been winless for the past 12 outings. Pulling off their first clean sheet on Wednesday after ten games of concession fiesta was a comfort, yet mediocre attacking maneuver resulted in zero goals in the past two fixtures. Perpetuating the improved defensive outcome and ameliorating the languished offense through Portuguese import, Alexandre Guedes would prove to be decisive.

The mid-week defeat to Kawasaki have marked Sanfrecce Hiroshima nothing but an extra to Frontale’s momentous ten-game winning streak filled with confetti. Hiroshima’s relatively menial winning streak paused at two too. And the incensed Sanfrecce eye on home victory against Vissel Kobe this weekend. To do so, rectifying their defensive howlers that have allowed two goals on both of their past two games is the top priority. A win for Hiroshima would mean a positional shift on the ladder with the visitors. Kobe are winless for the past two outings, albeit resting the main squad on a mid-week fixture is a sole relief. The nimble attack through Kyogo Furuhashi is one way to fracture Hiroshima’s damaged defense.

The two teams relieved by scrapping of relegation this year - Shimizu S-Pulse and Sagan Tosu - will grapple at the IAI Stadium Nihondaira. They have lost consecutively five and four games respectively and Shimizu will accentuate this game on overhauling their torn apart defense, conceding 13 in five matches. Meanwhile, Tosu are challenged at the other end, scoring just a goal in the last four fixtures. The two sides’ recent head-to-head ended in a 1-1 draw and only revamp to their chronic issues would see one above the other.