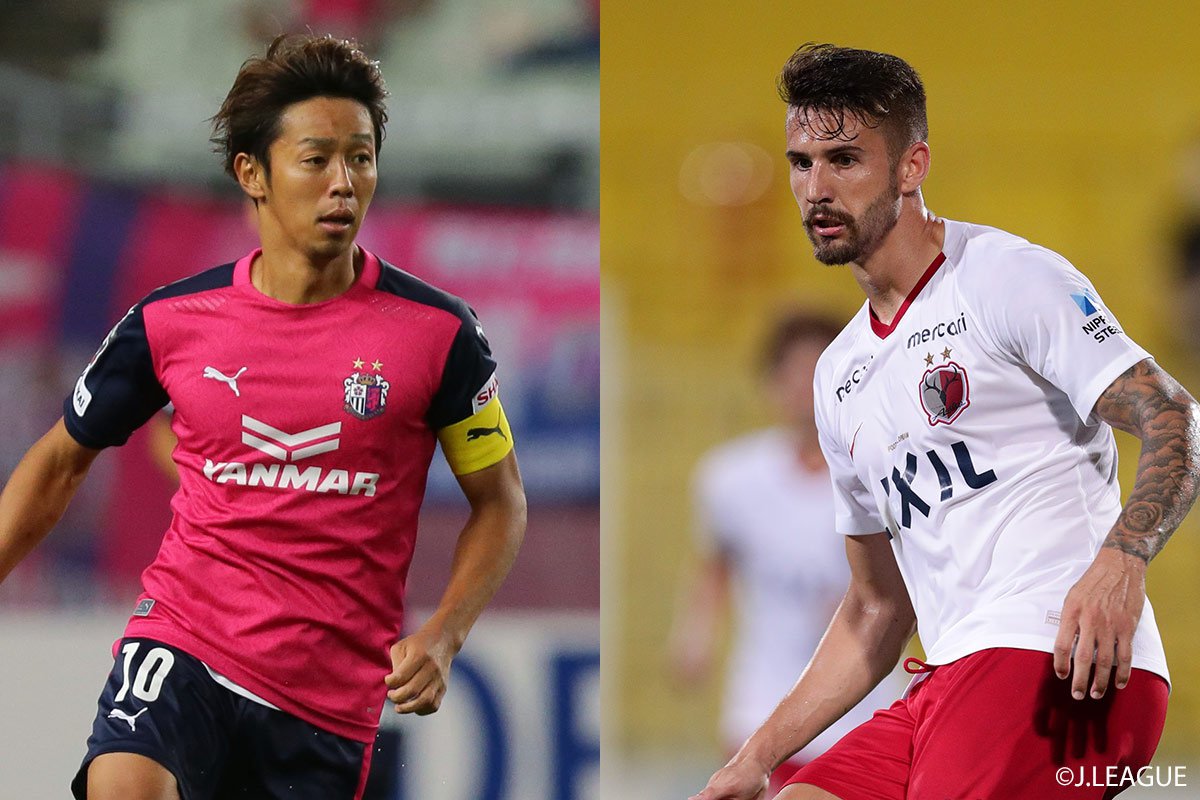 Match-day 17 of Meiji Yasuda J1 League, which marks the end of the first half of the season, will take place on September 19 and 20.

The league leaders Kawasaki Frontale will face Urawa Reds in Saitama after disposing of Sanfrecce Hiroshima last week and extending their winning streak to four matches. Five goals against an opponents famous for a well-organized defense show Kawasaki’s overwhelming quality. The performance of Ao Tanaka, who scored a brace upon returning to the starting line-up, again could make a difference. Meanwhile, Urawa defeated Hokkaido Consadole Sapporo last weekend, but they have conceded eight goals in the last three matches. How they will manage to defend against Kawasaki Frontale’s powerful attack will be an important theme of this game.

Another big match this weekend is the one between Cerezo Osaka and Kashima Antlers. The former won their last six matches and the latter their last five. A game of great quality is expected, as two of the most in-form teams face each other. In addition to a solid defense, Cerezo Osaka have their two stars Hiroshi Kiyotake and Yoichiro Kakitani increasingly improving their fitness. However, they might be accusing some fatigue, since they played on Wednesday. Kashima’s attacking department is finally producing results, having scored 12 goals in the last five matches. Their attack, built around Everaldo and Shoma Doi, could be difficult to stop even for Cerezo’s solid defense.

Third-place FC Tokyo are having problems keeping up with the top two teams as they failed to win in the last two matches. To remain in the title race, they need to stabilize their defense and start picking up points consistently. Their opponents, Vegalta Sendai, are winless in six matches and lost the last three. They also have defensive problems which resulted in conceding nine goals in three matches.

Fourth-place Nagoya Grampus lost to Yokohama FC last week due to defensive mistakes. Returning to their usual high standard of defending will be an important point for them this weekend. The away side Vissel Kobe are winless in six matches after losing 1-0 to Cerezo Osaka on Wednesday. They might decide to rotate some players in the midst of their busy schedule.

Kashiwa Reysol, who lost 2-1 at Sagan Tosu last week, host Sanfrecce Hiroshima. Since Olunga is still in great form, the visitors’ defensive unit needs to step up. Hiroshima suffered a heavy defeat against Kawasaki Frontale in their last match. Manager Hiroshi Jofuku has a difficult task, as he needs to help the team to bounce back from a shocking loss.

Hokkaido Consadole Sapporo seized their first win in ten matches on Wednesday, beating Sagan Tosu. A clean sheet is a proof of improvement that gives them a boost for a potential comeback in the second half of the season. Their opponents Gamba Osaka are losing steam, getting defeated in the last two matches. Since they have not scored a goal in those games, the attackers have to show their character.

Sagan Tosu will meet Yokohama F.Marinos at home after suffering their first defeat in four games on Wednesday. As they regularly play two matches a week because of their postponed fixtures, maintaining condition will be an important factor for manager Kim Myung-Hwi. Yokohama F.Marinos stopped their three-game losing streak by topping Shimizu S-Pulse on Wednesday. Erik has scored three goals in the last two matches and he is likely to play an important role this weekend as well.

Oita Trinita are showing signs of improvement as they won the last two matches, and face Yokohama FC at home on Sunday. Scoring three goals twice in a row shows that their attack is working well and in particular Tatsuya Tanaka seems to be their key player. Their opponents, Yokohama FC, also ended their three-match losing streak by topping Nagoya. They will continue to rely on their excellent passing football to seize a second win in a row.

The bottom two teams Shonan Bellmare and Shimizu S-Pulse face each other. Shonan gained their first three points in nine matches by defeating Gamba Osaka last week. Their aggressive playing style is coming back, and they are undefeated in three matches. Meanwhile, Shimizu’s struggle continues as they suffered seven consecutive defeats. In addition to defensive problems, their ability to score seems gone. Manager Peter Cklamovski is at a crucial moment to turn things around.