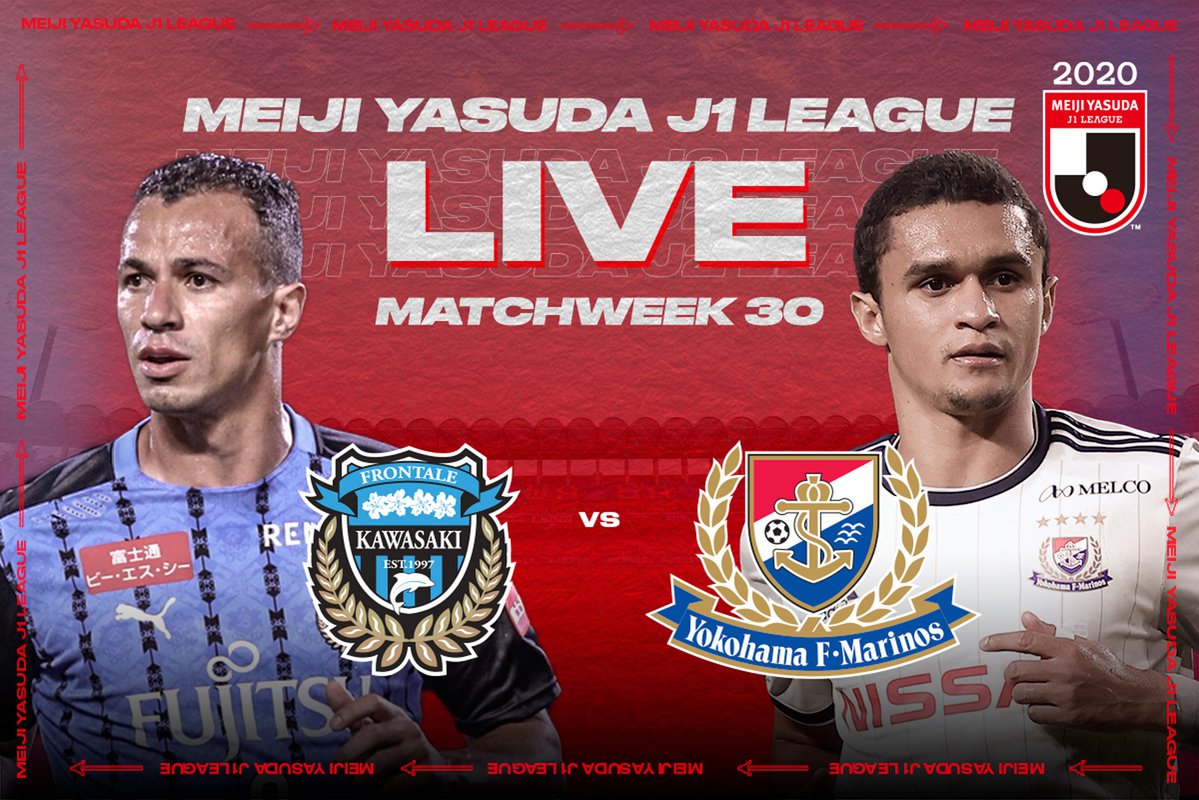 Kawasaki Frontale are marching to another MEIJI YASUDA J1 LEAGUE title but they have last year's champions in the way this week! Don't miss our LIVE broadcast of Kawasaki Frontale vs. Yokohama F·Marinos on the official J.LEAGUE International YouTube channel, which will be available to fans in select markets!

League leaders Kawasaki Frontale are to encounter defending champions, Yokohama F. Marinos at the Kawasaki Todoroki Stadium. Their previous head-to-head in September saw Kawasaki stealing all three points at the den of F. Marinos, Nissan Stadium. The victor leveraged on Yokohama’s wide backyard and sailed through with Kaoru Mitoma brace and Akihiro Ienaga screamer. Three points on Wednesday would mean their title vow could come as early as the 21st of November. The culmination is in the vicinity of light blue and black and it is only a matter of how.