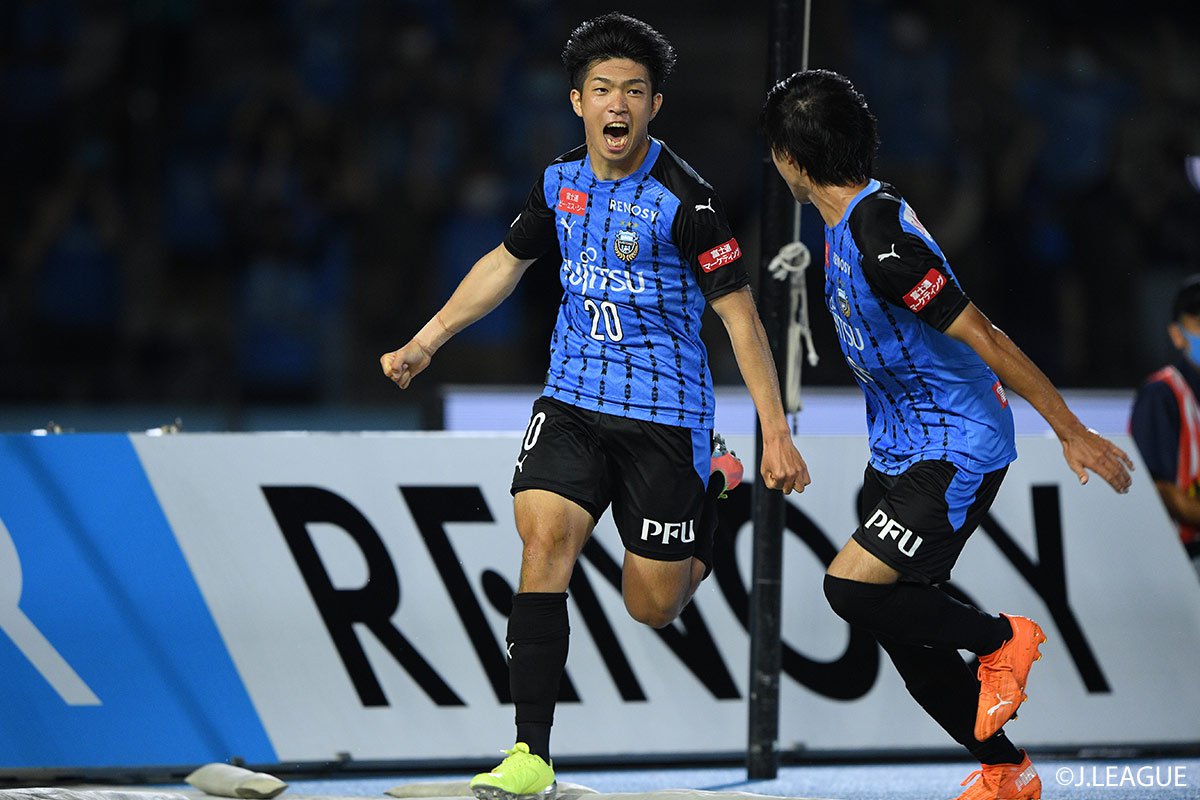 Yu Kobayashi’s goal in the 8th minute gave Kawasaki an early lead, but they threw it all away by conceding in the 23rd and 59th minutes. However, substitute Leandro Damião found the equalizer in the 83rd and Taisei Miyashiro completed the comeback two minutes later. With a 3-2 victory, Kawasaki maintained their eight-point lead at the top of the table. Second-place Cerezo Osaka defeated Hokkaido Consadole Sapporo 2-0, thanks to Hiroaki Okuno’s brace and extended their winning streak to four matches.

FC Tokyo achieved the third victory in a row when they faced Yokohama FC at home. They fell behind in the 17th minute, but Kyosuke Tagawa equalized in the 30th minute and Taichi Hara’s winner in the 85th minute sealed the 2-1 win. Nagoya Grampus also came from behind after conceding within a minute after kickoff. Brazilian duo Gabriel Xavier and Mateus scored in the 24th and 74th minute for Nagoya’s first three points in three matches.

Kashiwa Reysol took an early lead against Gamba Osaka at home when Olunga scored in the 2nd minute. Ataru Esaka added a brace in the 40th and 62nd to lead the team to a comfortable 3-0 win. Kashima Antlers defeated Vegalta Sendai 2-1 with goals by Everaldo and Ayase Ueda, and moved up to the 6th place.

Ezequiel broke the deadlock for Sanfrecce Hiroshima in the 31st minute, and they added three more goals in the end to bulldoze Shimizu S-Pulse 4-1. Urawa Reds, struggled at home against Sagan Tosu, but picked up a point from a 2-2 draw, thanks to Yuki Muto’s equalizer in the 81st minute. Oita Trinita had a rough start when Shonan Bellmare took a 2-0 lead, but Toshio Shimakawa and Kohei Isa scored respectively in the 78th and 88th minutes to tie the game 2-2.