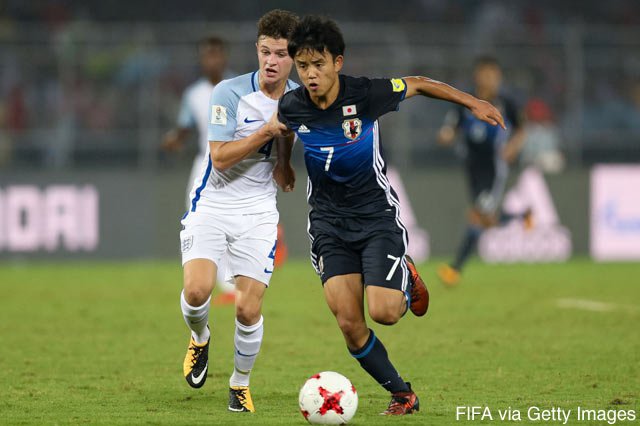 The Japan Under-17 national team fell to England in penalty kicks on Tuesday night in the FIFA U-17 World Cup Round of 16, sealing their exit after four matches.

Japan struggled against the title contenders from the outset, particularly from their attacks up the sides.

But while the Asian representatives were gradually able to find their footing and create possession in the midfield, the match ended in a scoreless draw after 120 minutes.

While all five of England’s players hit their marks, Cerezo Osaka U-18 midfielder Hinata Kida missed his effort from the spot as Japan lost the shootout 5-3.

The result means that Japan will not be able to match their best-ever tournament finishes in 1993 and 2011, when they reached the quarterfinals.