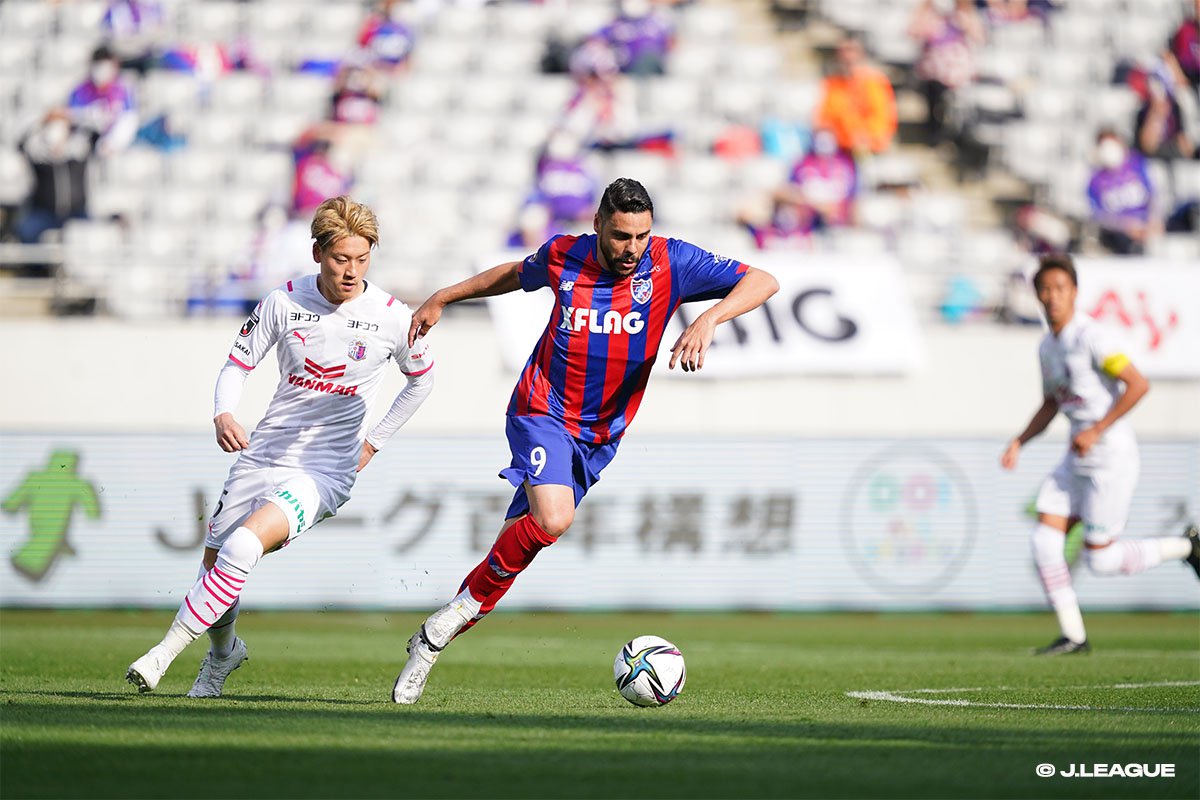 Another week is in the books

Fresh off of a midweek win that pushed Kawasaki Frontale to two wins in two matches, they went away to Vegalta Sendai and put together one of the best performances by any team in this young season. Yu Kobayashi got on the end of a cross in the 12th minute for the opening goal to start the onslaught then he nearly scored again when he nodded a cross off the post 13 minutes later. Fortunately for Frontale, Daiya Tono got to the rebound and smashed it home for the 2-0 lead. An own goal made it three for the champions, then Kobayashi scored a second before Rikiya Uehara for the home side, but Reo Hatate got that goal back for Frontale in another impressive showing for a team that looks dead set on making it a second consecutive MEIJI YASUDA J1 LEAGUE title.

The formidable Nagoya Grampus defense shone again and they shut down a Consadole attack that poured in five on the opening weekend. Once more, the Grampus back line closed down any half chance that was given and, on the rare occasion that Sapporo did get a look at goal, Mitchell Langerak was there to turn them away. Nagoya didn’t generate a ton of chances of their own so the match could have very easily been a draw, but a gorgeous bit of footwork from Naoki Maeda in the 82nd minute saw him beat his man on the end line and cross Yuki Soma tapped in for the winner to make it a perfect six points from two matches for the title challengers.

Joining Nagoya with six points from two matches, and right on Kawasaki Frontale’s heels, is a rampaging Sagan Tosu. They started brightly and could have gone ahead early, but Shusaku Nishikawa made some fine saves to keep the match level at the break. Nishikawa was again up to the task in the 62nd minute when Fuchi Honda made a terrific, marauding run that saw him shoot well to the near post, only for the Reds backstop to deny him. But Keita Yamashita was able to get to the rebound and knock it in for the opening goal. Down a goal, Urawa Reds came alive and nearly scored, but Sagan Tosu cleared a shot off their line to deny them before Yamashita scored a second goal in the 81st minute to put the match to bed.

Tokushima Vortis are still in search of their first win since being promoted to the top flight, but they are still undefeated after another draw. It took until the 75th minute for the deadlock to break as both sides struggled to break down the other’s stingy defense, but Yuki Kakita latched onto a ball in the box, showed patience to make a shooting lane open up, and then slid the ball past the goalkeeper and multiple defenders for the opening goal. With just 15 minutes to hold on for three points, Tokushima Vortis put their men behind the ball and looked sturdy, but a long shot was mishandled by Naoto Kamifukumoto, leaving an easy rebound for Ryuho Kikuchi to knock in and split the points.

It was a rough week for Cerezo Osaka, who lost two leads and the match in midweek action against Kawasaki Frontale and then did the same against F.C.Tokyo, but this time by conceding a 93rd minute winner. Yoshito Okubo put Cerezo in front with a clever run in behind the defense and a diving glancing header to finish. F.C.Tokyo were gifted an equalizer on the other side of halftime when Kim Jin-hyeon misplayed a back pass, scrambled and put it right in front of his goal line for Kyosuke Tagawa to slide and tap in. Cerezo answered with a vicious strike by Riki Harakawa that found the back of the net for the lead, but it was downhill from there for the visitors. An inch perfect free kick by Leandro found the corner of the goal for a 71st minute equalizer, then in stoppage time Masato Morishige was able to finish a whipped in set piece to wrap up three points for F.C.Tokyo and end Cerezo Osaka’s week with four leads and no points to show for it.

Carlinhos started off the action in Shimizu-ku with a pretty curling effort from 20 yards that gave S-Pulse a lead after a dozen minutes. That lead held until just after the hour mark when a cross made it all the way across to the far post for Yuya Yamagishi to settle and smash in for an equalizer. Masaaki Murakami played the role of hero for Fukuoka in the first half, making some fine saves to keep the match close, but that form was missing in the 65th minute when he dropped a looping cross right onto Katsuhiro Nakayama’s foot and the S-Pulse man easily slotted the ball into the open goal. Emil Salomonsson bailed Murakami out in stoppage time, though, hitting a free kick from more than 20 yards that found the back of the net and split the points.

A quick start delivered Oita Trinita all three points in Yokohama. It began with low cross that was redirected on goal by Yuto Misao and, while Yuji Rokutan will feel as if he should have kept it out, the ball got by the goalkeeper for the opening goal. Two minutes later, the Yokohama defense misplayed a cross and handed Seigo Kobayashi a golden chance that he did not waste and Oita Trinita had themselves a 2-0 lead before even a dozen minutes had passed. Kohei Tezuka rapped a free kick home to bring Yokohama within a goal, but that was not enough to deny Oita Trinita an away win.

An early red card doomed Kashiwa Reysol in their season opener, but they kept all 11 men on the pitch in this one and Hiroto Goya delivered them three points. The Kashiwa striker struck first by heading a cross just inside the post for the opener. Shonan Bellmare responded with some heavy pressure that finally paid off just before halftime when Takuya Okamoto found the back of the net, but Goya came to the home side’s rescue. Once again, a cross did the job, but this time he was able to use his foot to connect for his second goal of the game and the first three points to Kashiwa Reysol on the campaign.

The final match of the weekend featured, of course, a comeback. Ezequiel drew an early penalty, which Junior Santos converted, to give Sanfrecce the lead, then Shunko Higashi capitalized on a goalkeeper error to stretch the lead to 2-0. Daizen Maeda got Marinos on the board when he found himself in alone on goal and calmly slotted the ball home, but an unfortunate handball saw Sanfrecce get their second spot kick of the game, this time buried by Douglas Vieira. That just set the stage for the Marinos comeback, which began with Ado Onaiwu doing an excellent job to hold off his defender, turn and shoot. The ball found the back of the net, halving the home side’s deficit. Finally, a gorgeous cutback by Kota Watanabe left a defender in his dust and gave space for him to hit a cross, which found a diving Maeda, whose gorgeous header finished the comeback and a thrilling Matchweek 2 in the MEIJI YASUDA J1 LEAGUE.