J1 Matchweek 17 Recap: Frontale take down Antlers in a thriller 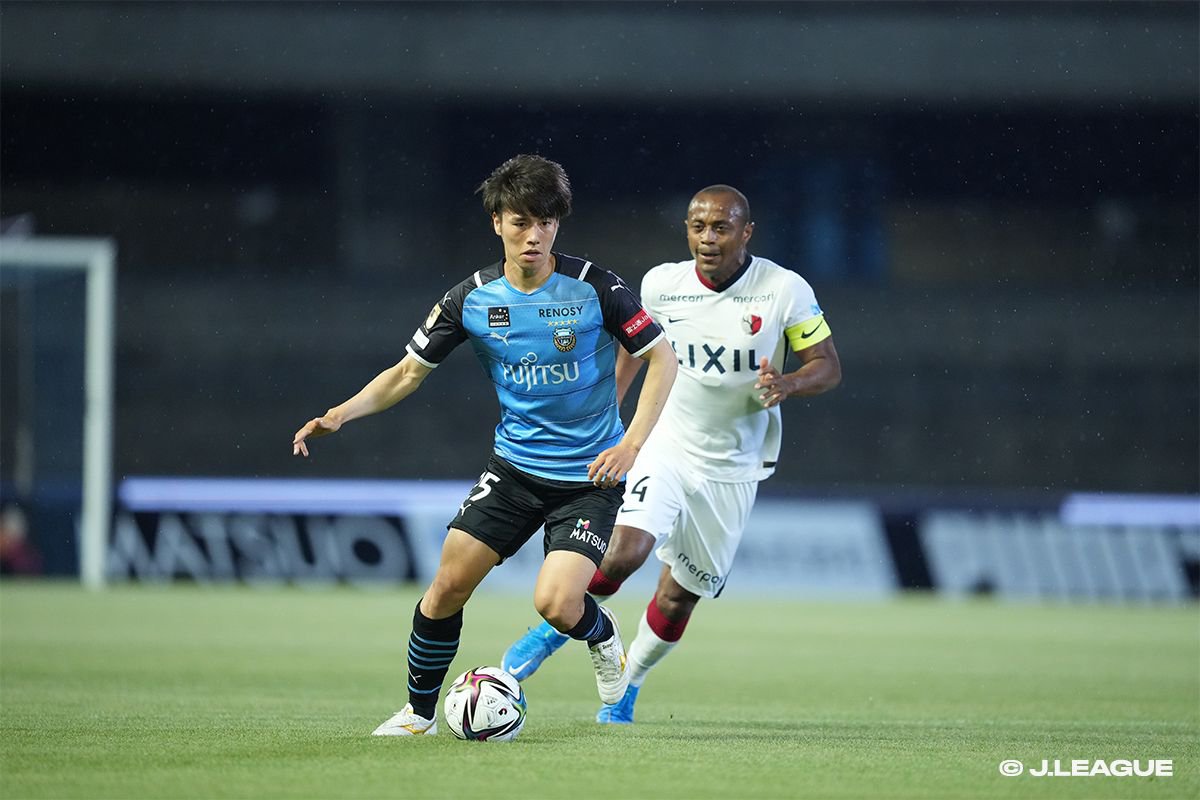 Kashima played excellently and pushed Frontale to the brink, but the champions were too much. Leandro Damião scored his 12th goal of the season to tie for the league lead and put Frontale in front early on, but Ayase Ueda answered for Kashima and the visitors started to find some space for a potential winner late on. As the match went into stoppage time though, it was Yu Kobayashi who found a breakthrough, getting on the end of a cross and smashing the ball into the net to deliver the champions a win.

Nagoya were held scoreless for a third straight match as their stranglehold on second place continues to loosen. They did have their chances, with Ryogo Yamasaki in particular getting in alone on goal only to shoot at the goalkeeper, but they couldn’t finish and were forced to split the points.

Marinos are into third place after yet another win. This one came late, and thanks to Léo Ceará, who rescued all three points one minute from the final whistle. Élber put Marinos in front when he snuck in at the far post to meet a cross and finish for a 4th minute tally, but Yohei Takaoka answered that before halftime with a goal from the penalty spot. That had the match rolling to a draw, but Léo Ceará intervened with a last minute goal, delivering Marinos all three points and third place in the table.

The match got off to a roaring start, with Keiya Sento finding the back of the net 45 seconds after kickoff on a clinical finish to close a brilliant team move by Sagan. Vissel came right back and nearly equalized just minutes later, but they kept the pressure on and did get the goal they were searching for in the 28th minute when Douglas got to a loose ball and banged it into the open net. The match would taper off from there, and the two teams each walked away with a point.

Trinita snapped their winless streak with an impressive victory over fifth-place Fukuoka. Shun Nagasawa opened the scoring in the 7th minute with a tap in to finish a move started by a marauding Yamato Machida run. Henrique Trevisan then doubled the Trinita lead in the 70th minute, which would prove crucial because Avispa did get a late goal from Jordy Croux’s penalty kick, but Trinita were too much and got their elusive third win of the season.

Sanfrecce came out flying and never stopped. They out-shot F.C.Tokyo 26-4 in a great showing for the men from Hiroshima, but unfortunately for them, they could not break through. Their shots just missed the frame, or were turned away by the spectacular Go Hatano, so despite their great performance in Tokyo, they got just one point to show for it.

The day of draws in the MEIJI YASUDA J1 LEAGUE continued in Sendai, where the teams could not be separated. Tiago struck first, giving Cerezo a lead on a terrific header, but Vegalta answered back through Martinus, whose volleyed finish at a tight angle on the far post ensured the home side would stretch their unbeaten streak to three with this draw.

No team in the league has more draws this season than Shonan Bellmare, so on a day full of stalemates it’s only fitting that Shonan also split points. Cacá struck first in the 13th minute with an outstanding flying header, but Shuto Machino hit back when he got in behind the Vortis defense and finished easily to bring Shonan level. That’s all that was in this match, as Shonan made it eight draws from 17 matches this season.

Consadole played strong from the start and were rewarded for their good play in the 19th minute when Tsuyoshi Ogashiwa snuck in behind the defense and met a cross for an easy finish in front. The goal brought Reysol into the match, and they equalized from the penalty spot in the 35th minute. But Consa found a winner when a cross hit the foot of Taiyo Koga, who accidentally deflected the ball into his own net for the deciding goal.

Leandro Pereira was the difference in this one, as the Brazilian’s two goals handed Gamba all three points. First, Leandro Pereira converted from the penalty spot, then he finished a quick and clinical counterattack with a cool finish for the game’s only two goals. Yokohama played pretty well on the road, nearly scoring on a couple occasions, but they couldn’t break through. Gamba’s win now has them just one point from getting out of the relegation zone, with three matches in hand.