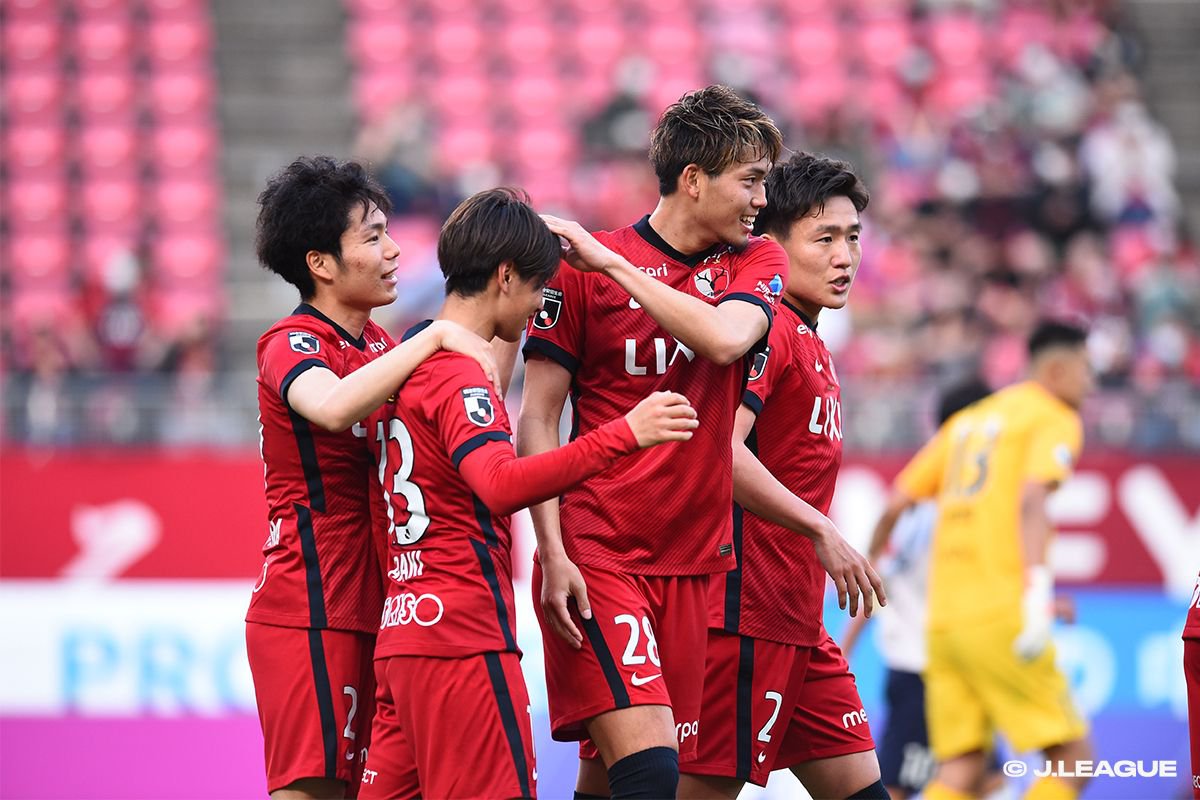 Kashima Antlers are the winningest team in MEIJI YASUDA J1 LEAGUE history, capturing eight titles. And the team with the second most titles? That would be Yokohama F·Marinos, with four trophies to their name. And this weekend, these two teams clash.

Marinos are starting to look like their champion-selves of old. They won the title in 2019, only to be undone by a weak defense last season. That, however, does not appear to be a problem anymore, as Marinos have conceded just eight goals this season, third best in the league.

With the defense sorted, Marinos are flying high; It’s been more than 75 days since they have lost a match in any competition, a stretch of 16 games. In that time, they have gotten eight goals from Daizen Maeda in league play alone, and another eight from Ado Onaiwu, making them the only team with two players in the top five of the league’s goal scoring charts.

Simply put, Marinos are a monster on the hunt for a fifth J.LEAGUE title.

Things are not going quite as well for Kashima, who are in 7th, but they are in the midst of a long unbeaten run—one that includes a 3-0 thrashing of F.C.Tokyo over the weekend in one of the more dominant performances by anyone this season. It was truly the best of Kashima, and maybe a sign of things to come, as they held a massive edge in shots and possession.

Kashima have the trophy case everyone envies, but Marinos have a great silverware collection of their own, and the more recent success. Who will come out on top in a battle of the best in J.LEAGUE history?

Tokushima Vortis’ leap to the top flight has gone pretty well. They’re six points clear of the relegation zone, which is always an achievement for a newly promoted team. Things have soured a bit of late, with Vortis losing four straight, but things are still going pretty well in Tokushima—and Taisei Miyashiro is a big reason why.

The 20-year-old Miyashiro is on loan from Kawasaki Frontale and has been crucial to the Vortis attack, both scoring and creating chances for others. His five goals rank him among the league’s top eight goalscorers and he’s both the primary outlet and creator for Vortis.

Perhaps most impressively, Miyashiro is doing this despite not really having a set position or role. The majority of his appearances have come on the right wing, but he’s also played as a center forward and #10, while popping up on the left wing at times too. Simply put, he’s just asked to carry the load and make the attack click, wherever that is, and he keeps delivering.

It’s no surprise that Frontale have another bright young talent in their ranks, but for this season Miyashiro is at Vortis and he’s crucial to everything they do. If Vortis keep churning out results and stay in the top flight, Miyashiro will be a big reason why.

Leandro Damião has had an electric campaign, winning Konami Monthly MVP honors in April and taking his tally up to 10 goals ahead of this matchweek. That’s not altogether unsurprising - he’s the center forward for the league’s defending champions and top team, Kawasaki Frontale. But he’s not actually top of the league’s goalscoring charts.

Hokkaido Consadole Sapporo’s Anderson Lopes leads the MEIJI YASUDA J1 LEAGUE with 11 goals, putting him one above fellow Brazilian Damião. The forward has been sensational for Consadole, scoring more than half of the team’s goals. While Consadole are not doing nearly as well as Frontale, sitting back in 11th place, Anderson Lopes may be even more crucial to his team than Damião because, without him, Consadole could be near the relegation fight.

This weekend, Frontale and Consadole meet, and while there will be no doubt as to who the favorite is, it should be a blinding affair because of the two Brazilians leading their respective lines. There will be goals, and you can bet on Damião and Anderson Lopes being at the heart of them as they give defenders fits. If Consadole’s man is in top form, another victory at Kawasaki, like last year, should not come as a surprise.