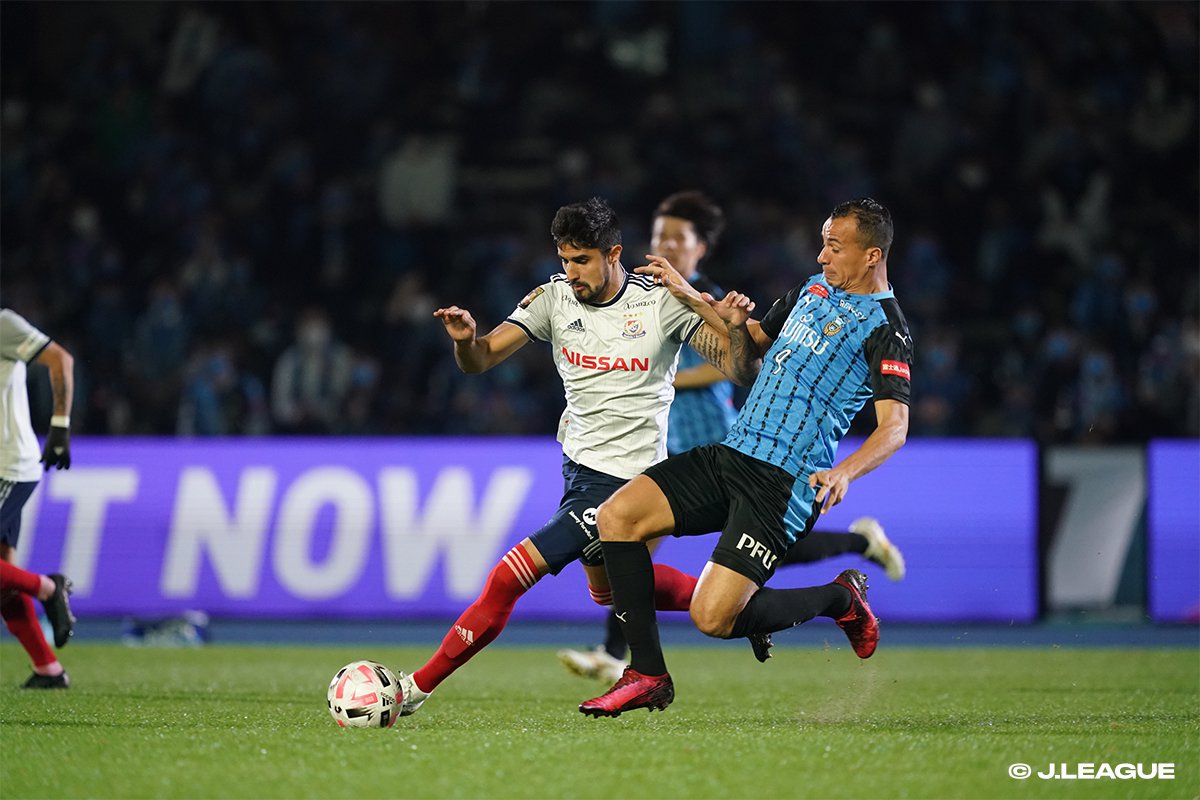 Finally, the new MEIJI YASUDA J1 LEAGUE season is here! A full schedule of 10 matches canvass the weekend as fixtures dot the country from Sapporo in the north all the way to Fukuoka.

The 2021 season kicks off at Kawasaki Todoroki Stadium with a Kanagawa Derby between the last two champions. Hosting the clash is Kawasaki Frontale, MEIJI YASUDA J1 LEAGUE title holders and fresh off of arguably the most dominant season in the history of Japanese football. Oh, and if there was any doubt that they were coming back just as strong this year, they captured the FUJI XEROX SUPER CUP last week.

Yokohama F·Marinos took home the title in 2019 and were expected to challenge for top honors again last season, but it was not to be. They scored plenty of goals, but they were a sieve at the back. They conceded nearly two goals per game, a mark that must come down if they want to move back into the top four and challenge for the crown in 2021.

We’re going to get a good look at whether they’ve made the necessary improvements at the back in this one: Kawasaki Frontale set a J1 LEAGUE record for goals in a season last year and will likely be just as potent in this campaign. If the Yokohama F·Marinos defense holds up, it’ll be clear they’re ready to challenge for the throne once again.

While all eyes will be on the Yokohama F·Marinos’ defense, there will also be eyes cast at Teruhito Nakagawa. In 2019, the midfielder was named J1 LEAGUE MVP, a deserved honor after a sensational season that saw Nakagawa lead his team to the title, but his form fell off in 2020. Yokohama F·Marinos will need to be better at the back this season, but they’ll also need to score in bunches. A return to form for Nakagawa would help pile up goals and take the pressure off the defense.

Tokushima Vortis led the way after capturing the 2020 second-division title. Yuki Kakita was the point of the spear for the club, scoring 17 goals to pace the champions. Each of those goals were crucial, too, because Vortis topped the league on goal difference, so it was Kakita and Co.’s goalscoring exploits that made the difference.

Vortis made it to the top flight of the J.LEAGUE in 2014, but their time in J1 lasted all of one year. They immediately went back down, but their slow rebuild saw them get to fourth place in 2019 before topping J2 last season. Now they’re ready to take on the top flight again!

Joining Vortis in the jump from J2 is Avispa Fukuoka, who were level on points atop the league a year ago. The team’s success was built on the best defense in the division, which is largely intact as they get ready for J1 this year. The key will be whether they can score enough goals, which is why they brought Daiki Watari over from Oita Trinita and signed Bruno Mendes after the Brazilian spent last season at Cerezo Osaka.

Avispa Fukuoka has spent most of the last 20 years bouncing between the top two divisions, achieving promotion four times and relegation just as many. Now they are set on trying to keep their spot in the J1 LEAGUE, while also hoping to capture the first-ever trophy in club history.