History stops at 12 as Hokkaido Consadole Sapporo stumble Kawasaki Frontale, while highlighted derby at Osaka conclude with a draw 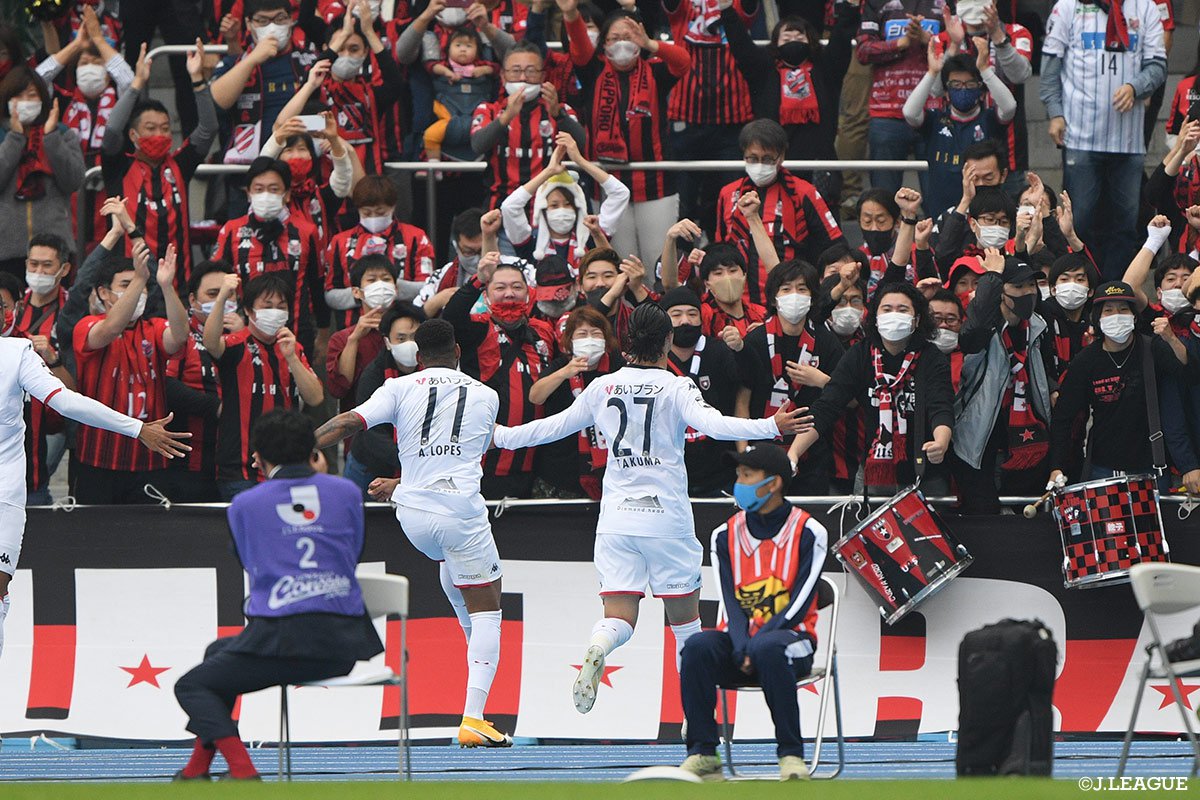 Six matches of the Meiji Yasuda J1 League Match-day 26 took place on the third of October. The unstoppable Kawasaki Frontale have finally come to a break with their record winning streaks of 12 – also the league’s all-time best.

Kawasaki Todoroki Stadium, the fortress that never seemed affable to any guests have finally yielded to a neighbor from the north, Hokkaido Consadole Sapporo. The visitors caught Kawasaki by surprise in the second half through Anderson Lopes and Takuma Arano screamers – the second goal coming minutes after the first. This is the second time Kawasaki have been defeated this season. A win could have furthered their already-historic winning streak.

While Kawasaki came to a halt and failed to extend the gap with the chasers, the Osaka derby also denied announcing a winner to close the gap. The visitors, Gamba Osaka, opened the account through Yosuke Ideguchi. However, the elation did not last long as it was soon nullified by Cerezo Osaka’s Yuta Toyokawa. The highlighted fixture of the week ended both sides sharing the spoils. Likewise, third-placed Nagoya Grampus earned just a point on their away fixture against Sagan Tosu. The two would rue over their missed chances as they conclude in a goalless draw.

An early lead for Urawa Red Diamonds by superb Shinzo Koroki bestowed hope for their away three points against Sanfrecce Hiroshima. However, the second-half equalizer from Leandro Pereira leveled the game and both sides had to satisfy with a point apiece. Meanwhile, Shimizu S-Pulse have already begun to reap from the managerial shift effect. After replacing the Australian Peter Cklamovski this week, they slotted home three goals in the second half through Valdo, Elsinho, and Takashi Kanai, after allowing one to Vissel Kobe in the first half. It is Shimizu’s first win after a spate of a winless run (eight).

Oita Trinita managed to pull off a similar feat when they faced Yokohama FC on Tuesday. They equalized the two-goal deficit through Toshio Shimakawa and Kei Chinen and stole the three points when Tatsuya Tanaka upset the Nippatsu Mitsuzawa Stadium with a winner, seconds before the final whistle.

The match between Vegalta Sendai and Kashiwa Reysol has been canceled due to the surge in positive COVID-19 cases among the Kashiwa members.