Gamba Osaka climb up the ladder after weekend victory, while Nagoya Grampus qualify for redemptions 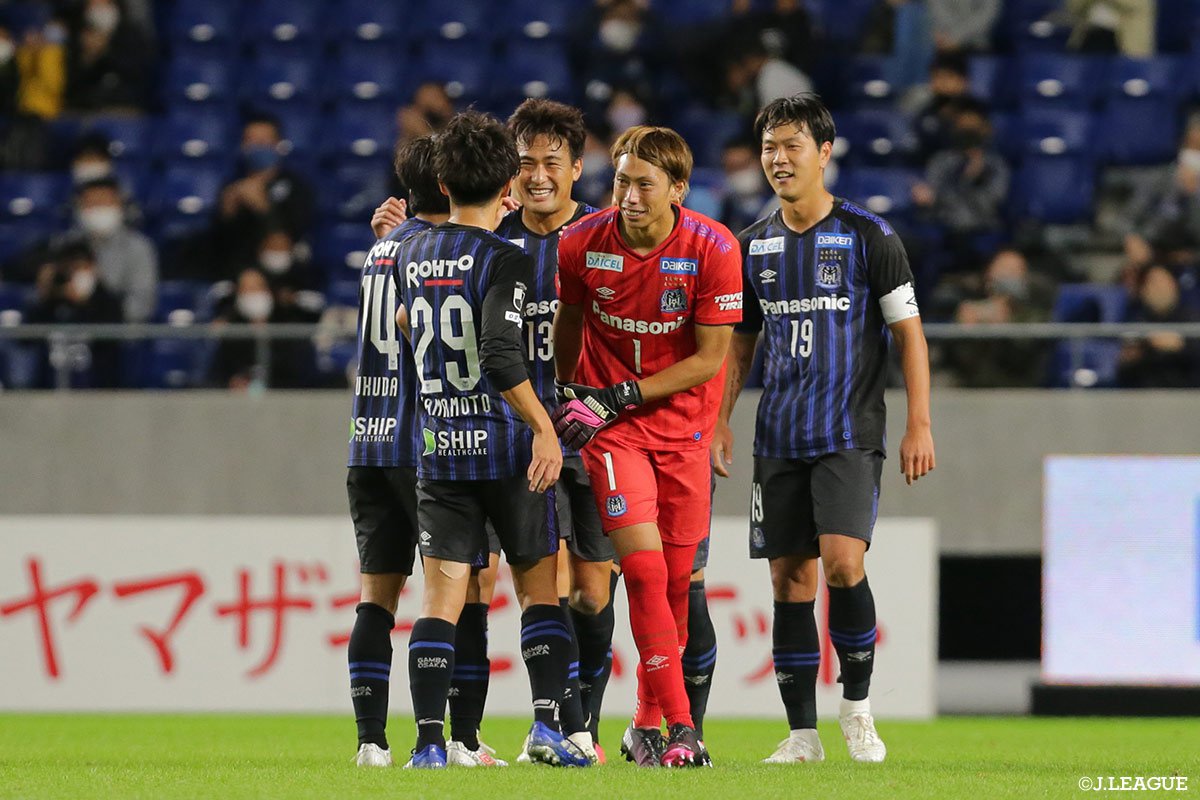 On a high tide with a strong current, Gamba Osaka housed Kashiwa Reysol at home. An opening own goal from Kashiwa custodian in the second half blew the lead for blue and black. Although top-scoring Michael Olunga punished the home side with an equalizer, Gamba’s expatriate counterpart, Ademilson slotted home before the whistle to seal the game. They are now undefeated for nine games and have overrun Osakan rivals, Cerezo Osaka to sit second on the table.

The two recent underperformers, Nagoya Grampus and Vegalta Sendai pitted at the Paloma Mizuho Stadium. Sho Inagaki’s deflected effort concluded to be decisive as it fooled the man between the sticks and confirmed their victory. With the weekend triumph, Nagoya have ceased their nightmarish losing streaks to just two, the feat which Vegalta failed to achieve since September. The away side are winless for 14 straight games. Meanwhile, slaying Urawa Red Diamonds called Cerezo Osaka to their den. Despite allowing a sloppy goal to determined Yuta Toyokawa, the slayers in Shinzo Koroki, Ryosuke Yamanaka, and Quenten Martinus pleased the home fans at the partially-filled Saitama Stadium 2002 with screamers. The come-from-behind victory and their recent four undefeated runs mean they are now eighth on the ladder. Cerezo Osaka lost for the first time in the past three games.

The lackadaisical blunder from Sanfrecce Hiroshima submitted all three points to the host, Kashima Antlers, as the experienced Brazilian forward, Everaldo Stum capitalized on the opening. At the Sapporo Dome, Hokkaido Consadole Sapporo slaughtered visiting Yokohama FC with a three-goal haul from Anderson Lopes, Douglas Oliveira, and Takuro Kaneko.

This week, the AFC Champions League participants, FC Tokyo and Yokohama F. Marinos completed their league head-to-head in advance ahead of their international bout next month. The 2019 J1 League Champions, relished a comfortable four-goal victory away from home through Júnior Santos brace.

The struggling Sagan Tosu and Shonan Bellmare were in the limelight on Sunday as the sole fixture. The back-to-back fixture which they both shared the spoils on a goalless draw on Wednesday, failed to decide a clear winner with another draw at the Ekimae Real Estate Stadium. It was a spate of Shonan’s lead and Tosu’s equalizer with the first coming from Akimi Barada in the 20th minute. However, the pinpoint cross from Tosu midfielder, Daiki Matsuoka was delivered for former South Korean international, Cho Dong-geon to latch on for their first equalizer. The 29-year-old forward, Hiroshi Ibusuki again took the lead in the first stoppage-time, only to be nullified by Daichi Hayashi effort. The two are 15th and 16th respectively.