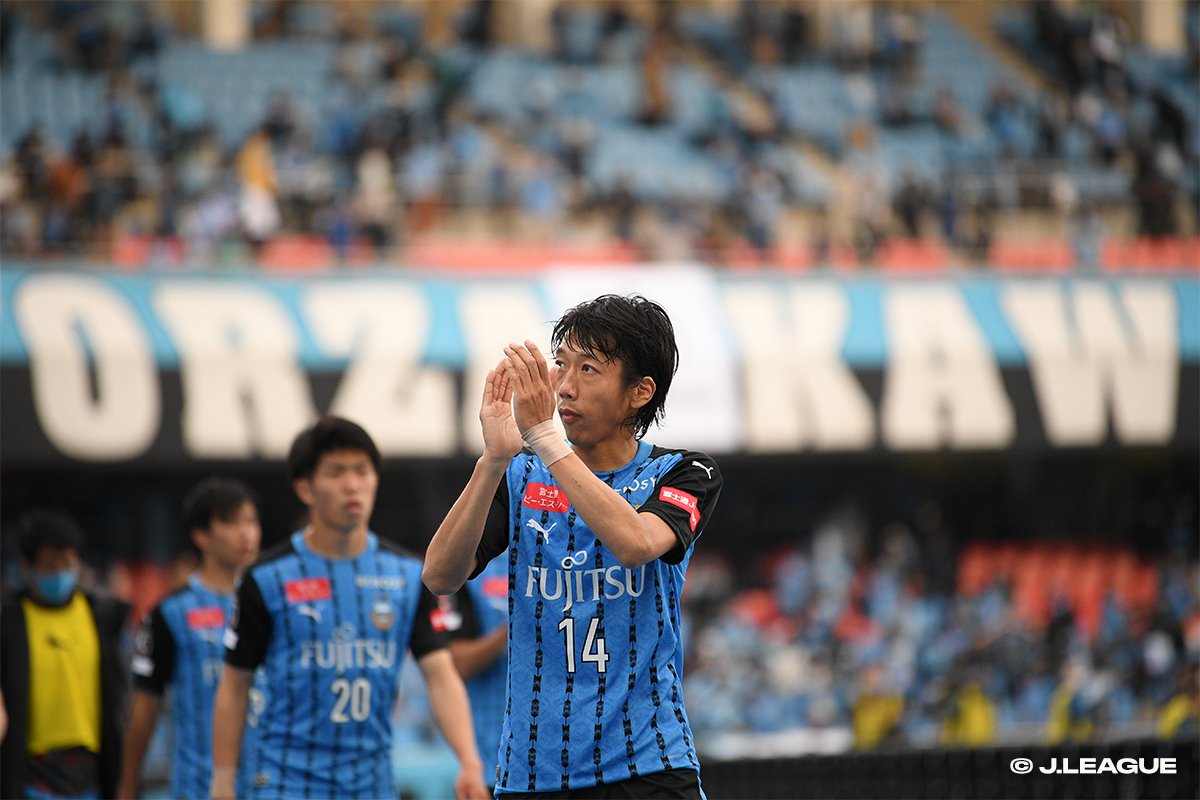 Quite simply, there has never been another player like Kengo Nakamura.

The legend began back in 2003, when Kengo was just 22 years old. At the time, who could have predicted he would play all the way through 2020, setting a J.LEAGUE record with eight league Best XI honors, an MVP award and establishing himself as one of the giants of not just the league, but of the sport.

Maybe most incredibly, Kengo did this entirely as a Kawasaki Frontale player. The ultimate one-club man, Kengo signed with a second division Kawasaki Frontale and helped turn them into the powerhouse they are today.

It took just two seasons for Kengo to help push the team to promotion. The jump to the top flight didn’t slow down the emergence of Kengo as one of the best players in the country, and he was soon a regular for the National Team, eventually accumulating over 60 caps and playing in the 2010 World Cup. All of this came while transforming Kawasaki Frontale into not just a J1 club, but a title contender.

It wasn’t all easy for Kengo and Kawasaki Frontale, though. Kengo was racking up J.LEAGUE Best XI honors year after year, and the club were among the best in the league within just a couple seasons of being promoted to the top division, but that wasn’t enough to win a top trophy. All of Kengo’s silverware was for personal achievements, not team, because as good as Kawasaki Frontale were, they couldn’t get over the hump and actually be crowned champs. That was especially true in 2016 when Kengo was named J.LEAGUE MVP, the oldest player to ever capture the award, but Kawasaki Frontale still fell short and Kengo still did not have a top flight club title to his name.

Then, finally, at the age of 37, Kawasaki Frontale won the 2017 MEIJI YASUDA J1 LEAGUE. Kengo was a champion. And the following year they won it again. In 2019, it was the J.LEAGUE Cup that Kengo and Kawasaki Frontale added before the legend went out in style, with the J.LEAGUE and Emperor’s Cup double in 2020.

There was no more fitting end to the legend’s career than a run of five trophies in four years, finally giving him the club accolades to match his individual honors. And, of course, it all came at Kawasaki Frontale. The only club he’s ever known, where he left a legacy that will never be forgotten.

Now, Kengo steps away, and all we can say is thank you. You were a marvel.