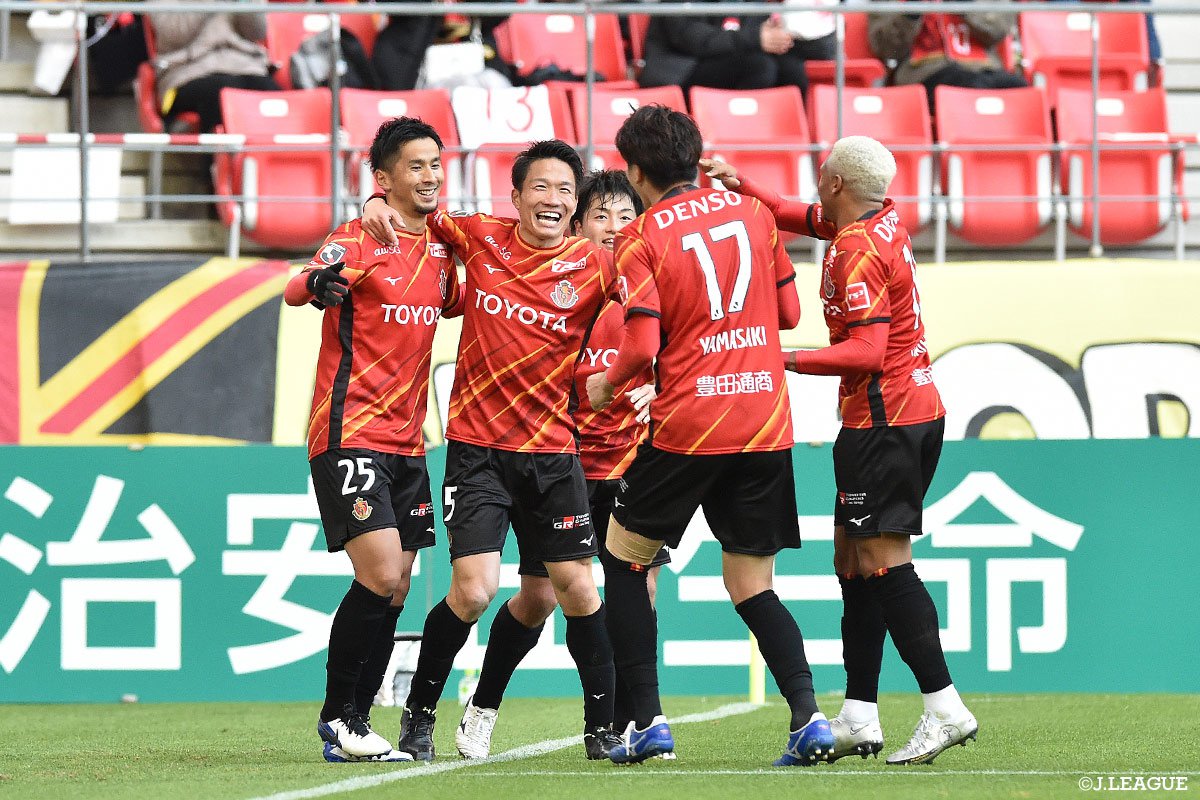 The final round of the Meiji Yasuda Life J1 League was held on the 19th of December. Nagoya Grampus were the final awardee for the ticket to the AFC Champions League (ACL).

Amid the heated contention for Asia’s premier tournament, Nagoya Grampus took on the nerve-racking Sanfrecce Hiroshima assignment. It was Naoki Maeda, who affirmed their international appearance next season, with a tingling stunner minutes before the final whistle. The sole goal retained Nagoya’s third-place position on the ladder and secured the final ticket to the Champions League.

Had Maeda screamer been non-existent, the winners between Kashima Antlers and Cerezo Osaka could have changed the list of Japanese contingents for the ACL next season. The two shared the spoils, however, with Kashima’s Everaldo Stum nullifying Riku Matsuda’s earlier lead. Cerezo remained fourth, three points behind the final ticketholder.

League champions Kawasaki Frontale traveled to Kashiwa Reysol. It was a series of fantasy at the Sankyo Frontier Kashiwa Stadium as Kawasaki flipped the two-goal deficit with three goals in the second half. Akihiro Ienaga lit the fire with the first, while Leandro Damião leveled the game at the 55th minute. It was Ienaga again, to silence the yellowish stadium with a witty chip. Regardless, Kashiwa’s rugged forward Michael Olunga was given the spotlight as he stood on top of the scoring chart with 28 goals this season.

The returnees from ACL, FC Tokyo and Vissel Kobe pitted at the capital and the Lebanese center-half Joan Oumari headed home the winner for all three points. In the derby match between Yokohama FC and Yokohama F. Marinos, home side Yokohama FC were the highlighted winner with Kazuyoshi Miura rewriting the league’s oldest player record (new record: 53 years 9 months 23 days) after making a 90th-minute appearance from the bench.

Yoshiaki Komai and Shunta Tanaka bagged three points away from home for Hokkaido Consadole Sapporo as they thumped Urawa Red Diamonds. Meanwhile, Sagan Tosu shared a point apiece with Oita Trinita on a four-goal haul with Daichi Hayashi equalizing in the 82nd minute.

Vegalta Sendai and Shonan Bellmare drew with no goals only underlining the dire need for better decisiveness. The bottom-place before Saturday’s fixture, Shimizu S-Pulse pounded runner-up Gamba Osaka through Riyo Kawamoto and Shota Kaneko. They have evacuated from being the wooden spoonist, plunging Shonan to the last on the ladder.