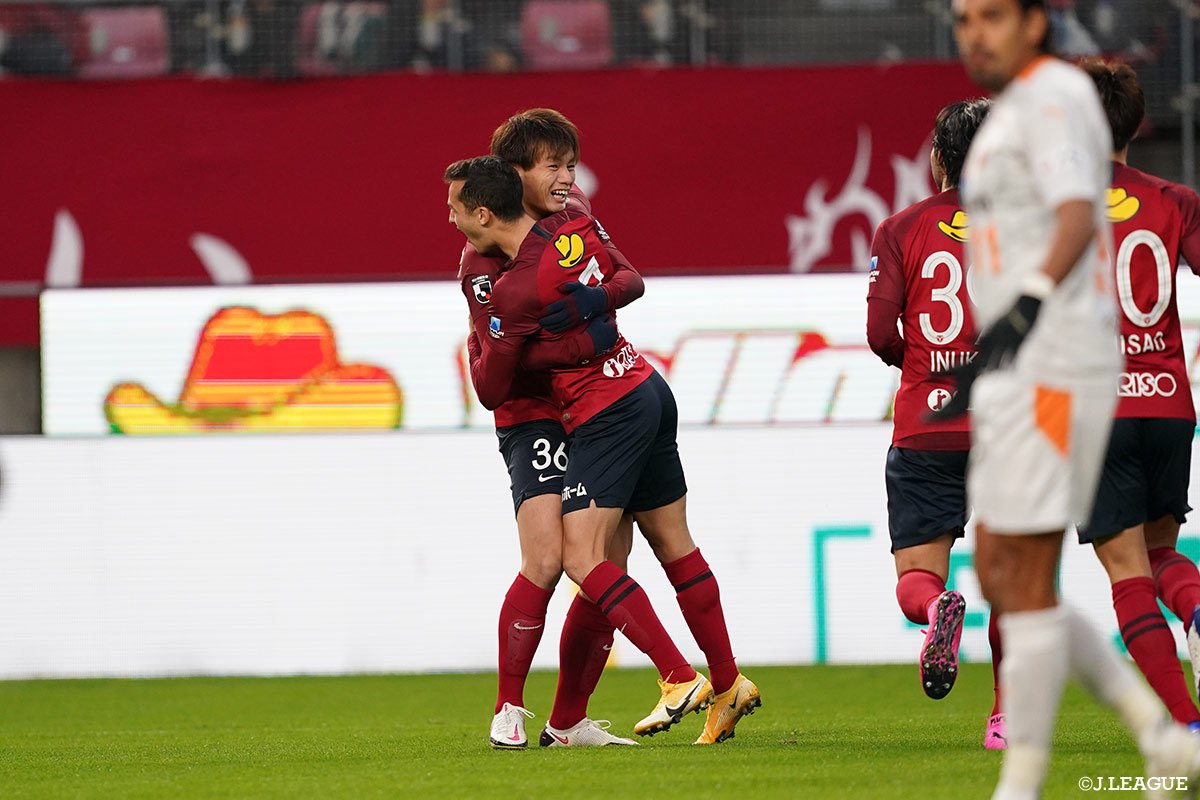 Six matches of the Meiji Yasuda J1 League Match-day 32 took place on the 12th of December. There were no shifts on the ladder as third-place Nagoya Grampus and fourth-place Cerezo Osaka both failed to secure the crucial three points.

A stalemate at the Paloma Mizuho Stadium bore a goalless draw between Nagoya and Yokohama FC. Host, Nagoya, would rue over their missed chances. Regardless, a point was enough to retain their position on the table – a position which paves the road to Asia’s premier tournament next season – as chasers Cerezo shared the spoils with Kashiwa Reysol. They remained fourth on the ladder.

An early lead through Ayase Ueda brace sealed the home victory for Kashima Antlers when Shimizu S-Pulse visited their den. After two successive outings, they now trail just two points behind Nagoya. Meanwhile, champions, Kawasaki Frontale bagged home a point after Shogo Taniguchi’s second-half lead was nullified by Sagan Tosu before the final whistle. It is their second consecutive draw.

Similarly, Oita Trinita’s opener through Naoki Nomura was met by a 75th-minute equalizer from Hokkaido Consadole Sapporo. The two shared a point apiece and so did Urawa Red Diamonds and Shonan Bellmare as they marked yet another goalless draw.

On the same day, after returning from international duty, FC Tokyo’s homecoming was met by a piled homework – Match-day 31 against Sanfrecce Hiroshima. Despite missing some of the key players, the returnees from Qatar sealed their three points through Hotaka Nakamura. It is their first league victory since the 11th of November.