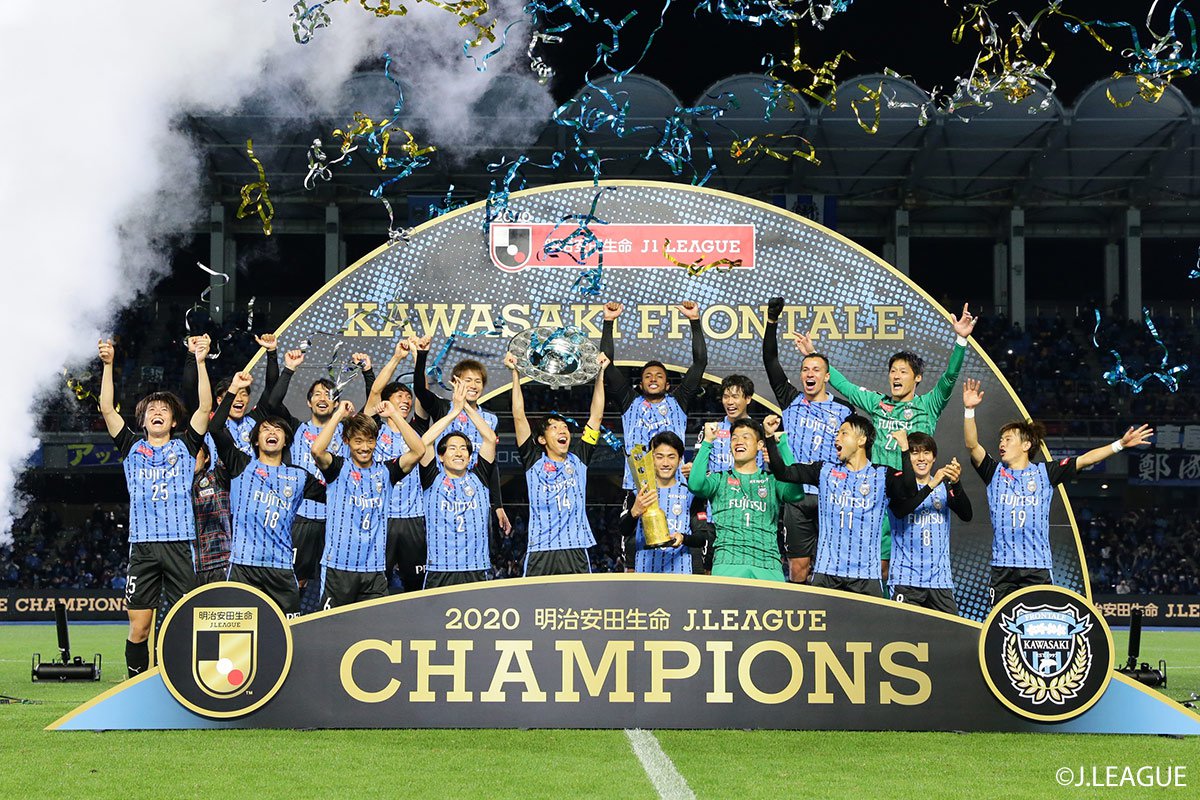 The 22nd minute Leandro Damião opener heralded the abundance of goals for Kawasaki at their den. Despite only a point short of being awarded the throne, there was no room for complacency. The 34-year-old veteran midfielder, Akihiro Ienaga extended the lead before the halfway mark and solidified their title sealing later to glorify his hat trick. No mercy was given to the visitors as substitute Manabu Saitō made it five for the host minutes before full time. With the five-goal victory, Kawasaki have amassed 75 points, extending the gap with second place Gamba to 17. Only four games to go on the calendar and Kawasaki have been conferred the title regardless of the remaining fixture.

Meanwhile, Cerezo Osaka pipped Oita Trinita 1-0, through the Hiroshi Kiyotake winner. This marks their first win in the last five games and has moved them up to fourth place.

A great start took off Shimizu S-Pulse to an away three points against Yokohama FC as Shota Kaneko and Junior Dutra netted within the first six minutes of the game. The diminutive midfielder, Ryo Takeuchi, later added another in the 38th minute to consolidate their lead. Despite allowing one in the second half, Shimizu stood triumphant at the Nippatsu Mitsuzawa Stadium. The wooden spoonist Vegalta Sendai edged past Sagan Tosu 1-0 with Shun Nagasawa scoring the only goal of the game.