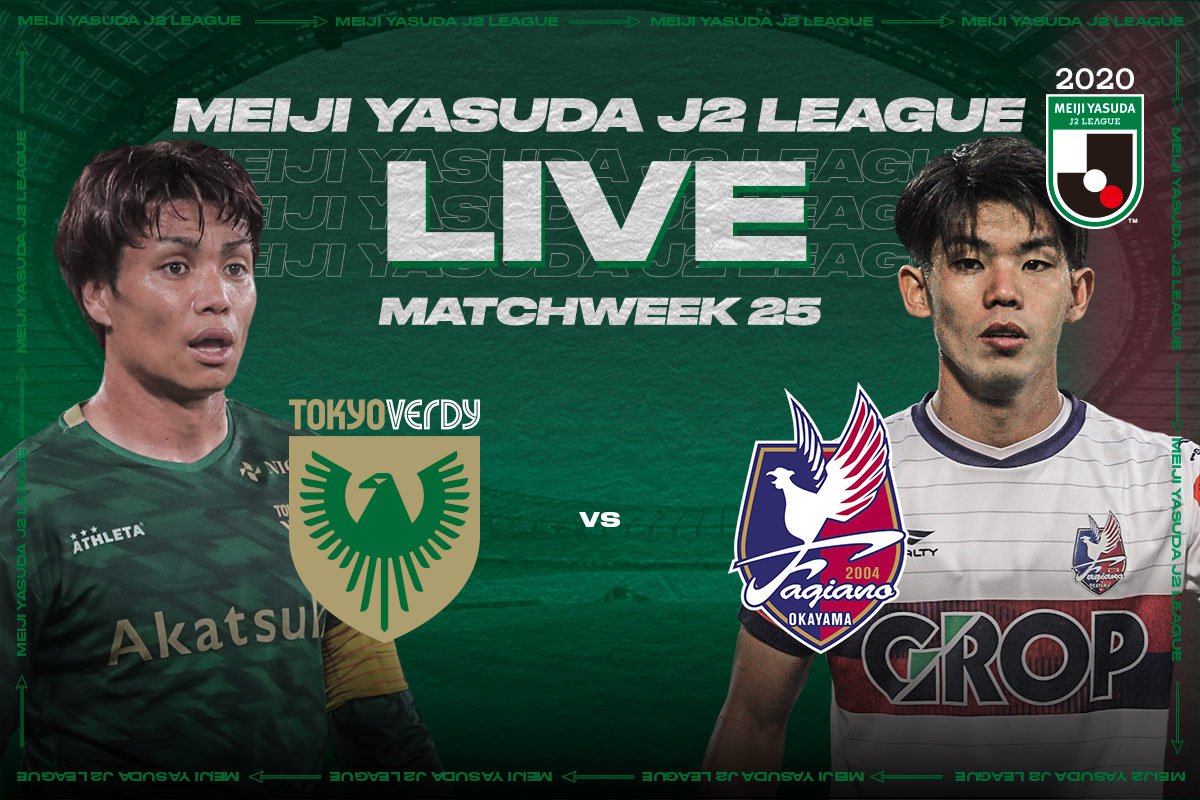 The J.League International YouTube Channel broadcasts a free J2 match every round.

On October 11, we will offer the match between Tokyo Verdy and Fagiano Okayama, from Match-day 25.

After defeating Omiya Ardija in the past weekend, Tokyo Verdy are now unbeaten in four matches. Their solid defense only conceded a goal during this period, and their attacking might is dominated by the sublime passes coming from Yuhei Sato, who registered three assists in the same game against Omiya. Visiting Okayama failed to win in the last two matches and currently sit on the 17th peg in the table. For them to return home with a positive result, their attackers need to step up, after the goalless performance in the last two games.