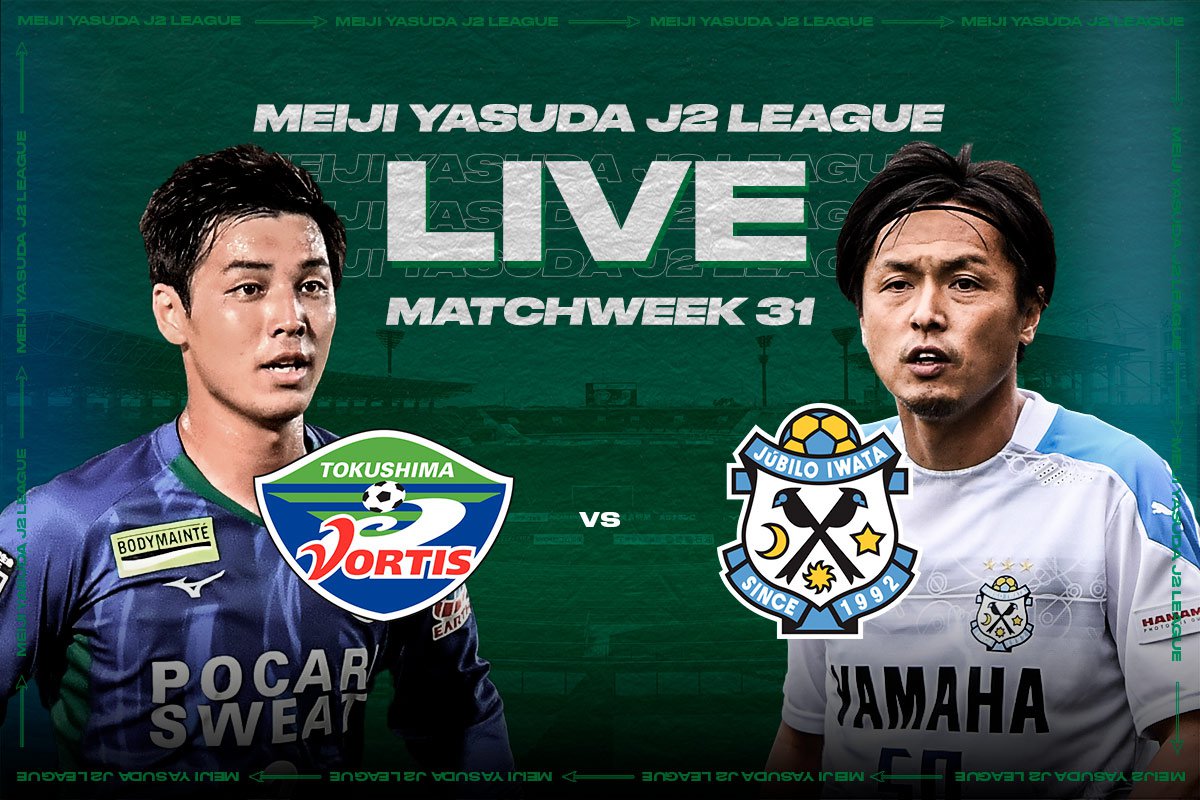 The J.League International YouTube Channel will broadcast a free J2 match from Round 31 on November 4: the clash between Tokushima Vortis and Jubilo Iwata.

Tokushima, who are back on top, will host improving Iwata in a match that will be an important indicator about the destiny of this season. In the previous round, Tokushima obtained three points despite going two goals behind against Thespakusatsu Gunma. Atsushi Kawata, who found the winning goal in additional time, is expected to once again play an important role. Iwata, on the other hand, topped former table leaders Avispa Fukuoka and are undefeated in six games. With the help of a legend such as Yasuhito Endo, can they defeat yet again the top team of the moment?

The featured match kicks off at 19:00 JST on November 4 (Wednesday)