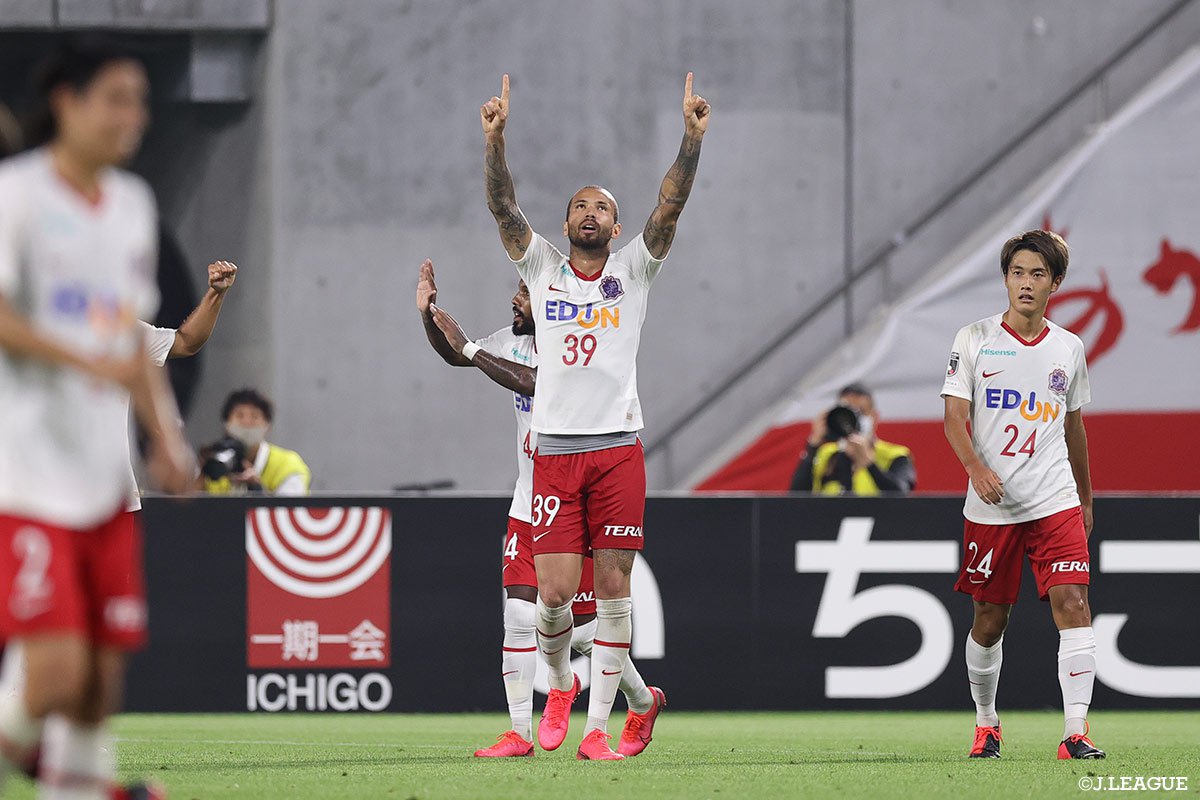 Meiji Yasuda J1 League Match-day 2 of took place on July 4, as the league restarted after four months of interruption.

Hiroshima, who had previously defeated Kashima Antlers on the opening match in February, topped Vissel Kobe 3-0 away. Sanfrecce took the lead in the 35th minute with Leandro Pereira’s goal, then Yuya Asano made it 2-0 early in the second half. The Brazilian struck again in the 81st minute to seal a convincing second consecutive victory.

FC Tokyo bagged three points away at Kashiwa Reysol, thanks to the sole goal by Tsuyoshi Watanabe in the 62nd minute, while Cerezo won the Osaka derby against Gamba 2-1, courtesy of goals by Hiroaki Okuno and Yusuke Maruhashi. Both winners as well now have six points in the table.

Kawasaki Frontale defeated Kashima Antlers 2-1 at home. Shogo Taniguchi scored early in the game and Tatsuya Hasegawa extended the lead in the 30th minute. Although they conceded a goal right afterwards, Frontale defended well and grabbed their first win of the season.  Reigning champions Yokohama F.Marinos again failed to pick up the first three points of the season as they could only manage a goalless draw at Urawa Reds.

Hokkkaido Consadole Sapporo traveled to Yokoahama FC, where Musashi Suzuki found the net only three minutes after the kick-off and scored again in the 53rd minute. In between, Yokohama FC had equalized, but the visitors returned home with a 2-1 win. Nagoya Grampus came from behind with Yuki Saito’s goal in the 32nd minute and an own goal in the 40th minute to beat Shimizu S-Pulse 2-1.