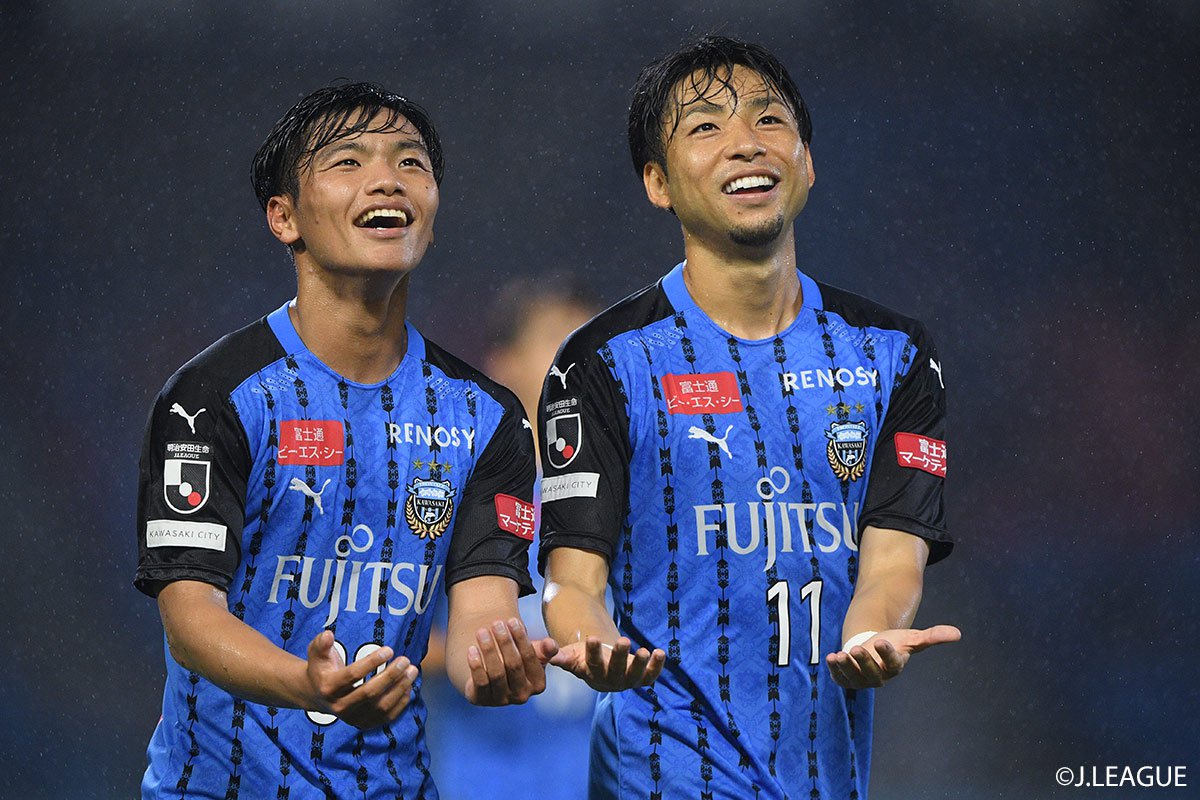 Six match-days of the Meiji Yasuda J1 League were held in September, with a few teams playing more to offset the postponed games due to the AFC Champions League (ACL) fixtures and COVID-19 pandemic. Regardless, Kawasaki Frontale remained the dominant.

Table leader, Kawasaki, won all six matches with goals galore – netted three or more times in five fixtures. The Frontale artilleries, Yu Kobayashi and Leandro Damião led the scoresheet, while budding Kaoru Mitoma and Reo Hatate rose to further the gap by 11 points. As the league stands at mid-point, October could prove to be decisive, if they are to remain prevalent.

Kawasaki’s closest contender, second-placed Cerezo Osaka’s endeavor for a perfect month only busted when Kashima Antlers and FC Tokyo burst the bubble. Conceding six goals in the past three fixtures, repairing the impaired defence would be a top priority for the Osakans to chase the race.

A tough and busy fixture awaited FC Tokyo in September as the capital team played eight games in 25 days. Despite the hectic schedule, the 2019 J1 League runner-up cruised seamlessly with 16 points in their bag. However, consistent display of top performance would be an issue for Tokyo as they failed to impress against Sagan Tosu with a landslide defeat and against Cerezo despite the victory.

Tokyo can’t grumble over their congested September with Yokohama F. Marinos. Having played the quarter-final of J. League Cup ahead of eight league games that include contenders with the likes of Kawasaki Frontale, Nagoya Grampus, and Cerezo Osaka, the Marinos kicked off with three consecutive losses to embark on their hard-pressed month. Yokohama, however, briskly picked up to collect four wins and a draw from the remaining fixtures, with Brazilian forward, Erik netting on all four victorious occasions. The diminutive forward fired eight goals in the past six matches and more from the loanee could see Yokohama further their Champions League presence to next year.

Nagoya Grampus’ inconsistent display dropped their rank down to fifth, while Kashima Antlers’ annihilating five wins extended their winning streaks to seven to join the race for the Champions League play-off spots.

Star-struck Vissel Kobe showed signs of promises with the departure of Thorsten Fink. The seven-goal haul at the Noevir Stadium Kobe against Sagan Tosu under the interim manager concluded Kobe’s seven winless runs, while newly-appointed Atsuhiro Miura brought home two wins in the following fixtures. The 2019 Emperor's Cup winner with the excellence of Andrés Iniesta could bring turbulence to the already tumultuous league race.

After a month-long absence due to the positive COVID-19 cases within the team, Sagan Tosu returned to register an exhilarating victory against Yokohama FC. Despite the tight fixtures, Tosu secured three wins and two draws with youngsters providing the impetus for progress.

Meanwhile, Hokkaido Consadole Sapporo, Shimizu S-Pulse, and Vegalta Sendai remain grappling at the bottom of the table. Having lost all six games with 16 goals behind their net, defensive amendments are imperatives for Sendai if they wish to avoid replicating Shonan Bellmare nightmare, who collected zero points in August. Likewise, the Bellmare are still the wooden spoonist in the league, with three losses right after clinching their second league win against Gamba Osaka. Firing just 14 goals throughout the season, improvement in attacking display is of top concern for the Bin Ukishima’s side.

Amongst all, a historic moment was witnessed at the Kawasaki Todoroki Stadium, as Yokohama FC’s Kazuyoshi Miura at 53 years 6 months and 28 days of age was named on the starting line-up against Kawasaki Frontale on match-day 18 to become the oldest player in the J1 League history. A star since the league’s inception in 1993, the living legend has marked another historic milestone to champion the way.