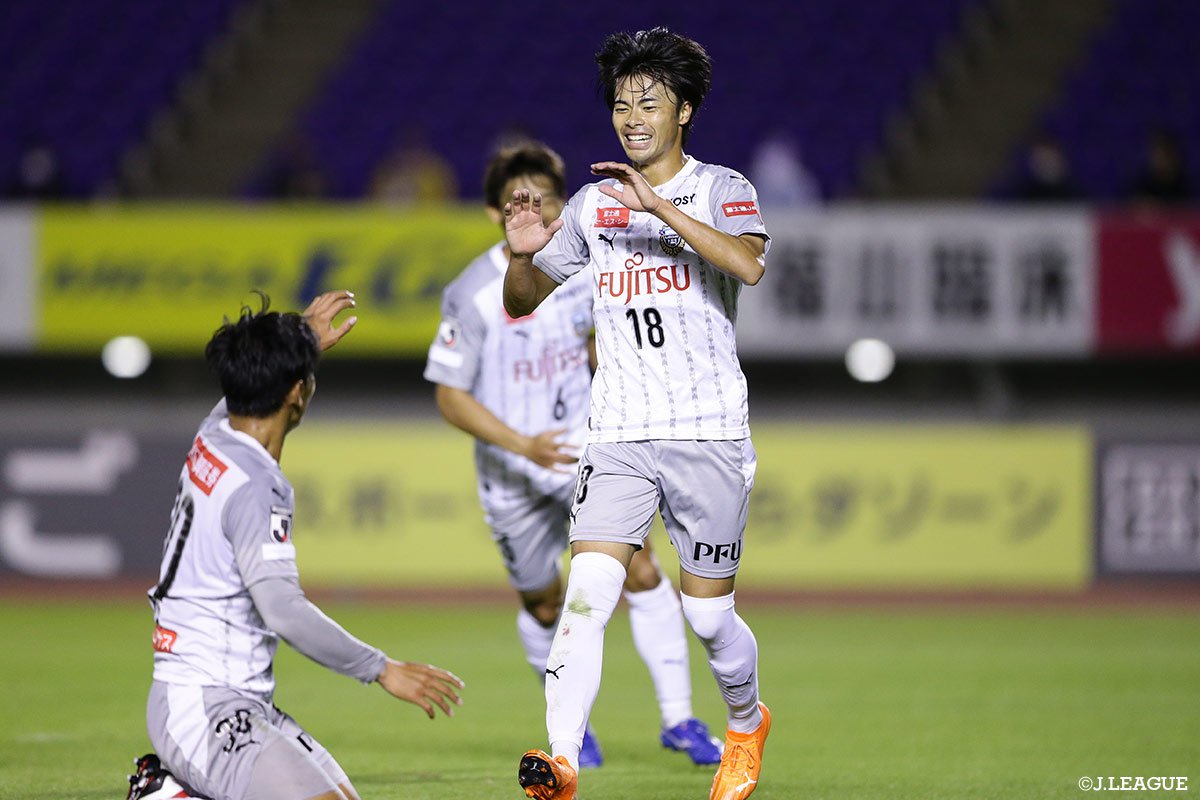 It was another hustle and bustle for the J1 League outfits in October with teams playing from five to seven games. Some teams pitted more to make up for the games postponed due to COVID-19 or to play in advance ahead of the ACL (AFC Champions League) fixtures in November.

October, too, was in favor of Kawasaki Frontale. Despite the tough schedule that included Tamagawa Classico, Kawasaki were formidable and won all five fixtures. The run of victories that began on the 29th of August against Shimizu S-Pulse has now set a new league record of 12. Fresh graduate, Kaoru Mitoma, has been a boost to the squad, while Leandro Damião has been consistent on the scoresheet, not to speak of Kengo Nakamura spur. They now stand 17 points ahead of second-placed Gamba Osaka and the replication of their October feat could mean Kawasaki may ascend to crown as early as at the end of November.

Another triumphant outfit of October are Gamba Osaka. Amassing 19 points from seven games, the blue and black garnered more points than the table leaders, albeit Kawasaki were short of two. They have been undefeated with six wins and a draw. Despite the immense gap with league leaders, the Osakans stand a good chance of securing their 2021 ACL qualifiers and Emperor’s Cup spots. The talented forwards in Patric and Takashi Usami have been an impetus to their solid defence and the continued display would materialize their rosy picture of the season.

October has been fruition for third-placed Nagoya Grampus. They collected 15 points from seven games, winning five of them. The five clean sheets they brandished during this period have removed the stains marked by Kawasaki and Yokohama F. Marinos. Firing four goals this month, Mateus has been leading their frontline backed by the congealed defence.

If there are ups, there are downs. Cerezo Osaka conceded their second place to neighbors, Gamba Osaka, after losing three games out of five this month. They now stand fourth on the table. The misery is resonated by the capital outfit as FC Tokyo have dropped from third to fifth with pounding five defeats.

Gamba and Nagoya may have secured points but the social media highlights were given elsewhere. Urawa Red Diamonds and Sanfrecce Hiroshima were in the limelight with goals galore. Urawa slotted home six goals on Match-day 23 against Vegalta Sendai, while Hiroshima pleased the visiting fans, scoring three goals on three of their four triumphant occasions. Meanwhile, Hokkaido Consadole Sapporo managed to escape from another fiasco after only gaining three points in September. They bagged ten points in October with three wins that include pipping out Kashima Antlers on a single goal margin.

At the other end of the table, Shonan Bellmare have been a performer with two wins this month – their third and fourth of the season. However, the other companions, Sagan Tosu, Shimizu S-Pulse, and Vegalta Sendai have not won a single game. Tosu struggled to find the net with just four goals in seven fixtures, while Shimizu are baffled by their defensive approach as they grapple to find the winner.

The mire is no different at Sendai. Currently sitting at the bottom of the table, their last win dates back to early August when Vissel Kobe were staggering before the departure of former manager, Thorsten Fink. They have been winless for the past 16 games and were marked by shames as the extras on Urawa’s six-goal rout. Only two games have they scored in October, their problems lie on both ends of the pitch. They now have just nine remaining fixtures to make the amendments and promise the fans for a changed 2021.