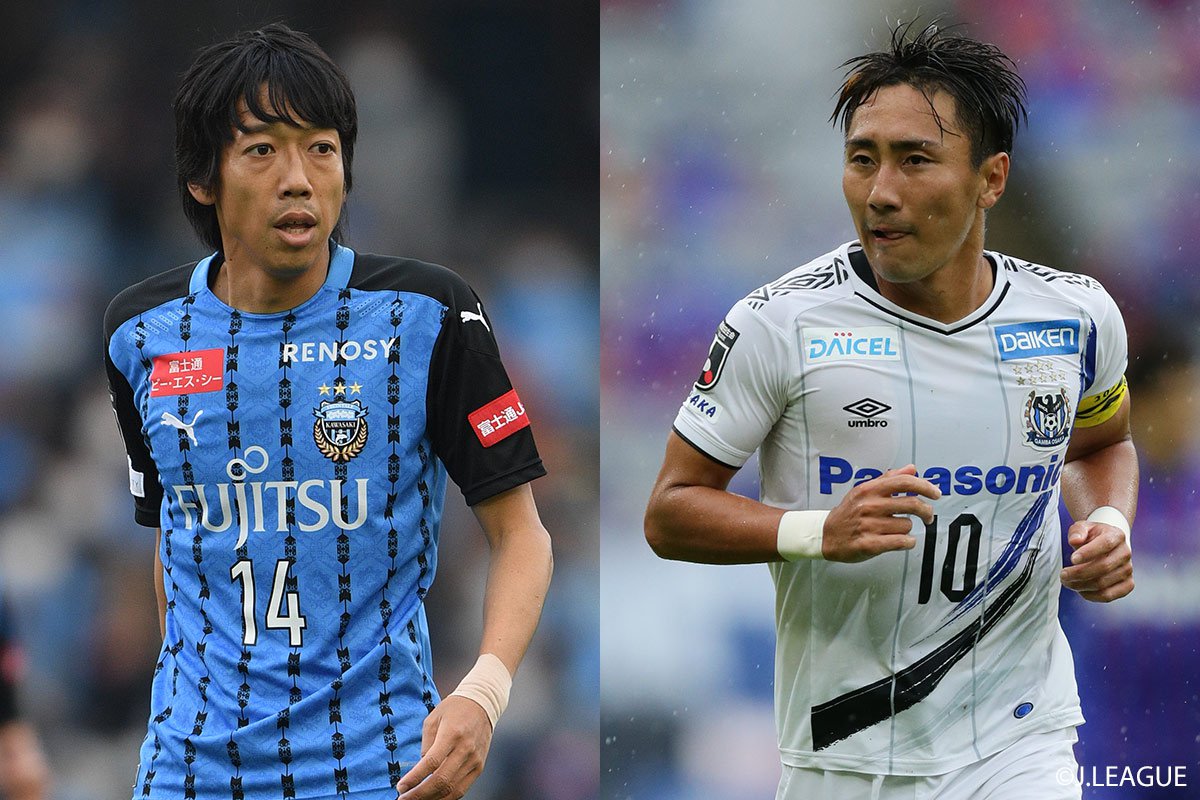 Meiji Yasuda J1 League Match-day 29 will be held on the 25th of November. Under the limelight is the runaway leaders’ attempt to seal the title against Gamba Osaka at their den. Reviving their dimmest hopes last week, Gamba brace for an all-or-nothing.

Just a single point at the Kawasaki Todoroki Stadium would confer the title for Kawasaki Frontale on Wednesday. The task never seemed daunting for the leaders but now it’s the otherwise. A win and a draw and two defeats are the receipts they have amassed in the past four fixtures. One of the defeats was a 1-0 pipping to Oita Trinita who now sit 11th on the ladder. The counterparts’ Kawasaki-customized plans have been successfully staggering the Toru Oniki-led boys. Regardless, the 14 points gap with the chaser places them as obvious favourites for the title. Todoroki Stadium braces for the finale and it’s all-or-nothing.

Nothing but three points would prolong Gamba’s title hopes and the black and blue did likewise on Sunday at the Saitama Stadium 2002. The current state is in no favour for Gamba, but chances aren’t zero. The short rest may take a toll on them yet, they seek to store the fatigue aside and elongate their title dream.

A rank below the AFC Champions League (ACL) spot, Kashima Antlers host Kashiwa Reysol. As the league wraps up, Kashima would wish to be rewarded with the coveted international tournament ticket. The recent-form is in Kashima’s favour – thumped Vegalta Sendai with a resounding victory and have been unbeaten for the past three fixtures. The forwards, Everaldo Stum and Ayase Ueda are pinned their hopes on for the lead. Meanwhile, after a long hiatus due to positive COVID-19 cases, returned Kashiwa. The homecoming was harshly welcomed as Sagan Tosu were the better of the two. The short preparation time was obvious from their blunders, while their tenacity was the sole relief. The Kenyan rugged forward, Michael Olunga, is the marksman to have scored double against Kashima in the previous head-to-head and will be demanded to replicate the feat.

Once securely sitting on the ACL spot and chasing Kawasaki instead of their neighbours, Cerezo Osaka are at perils. Winless for the past four fixtures, they have been edged out by Sanfrecce Hiroshima last week. Any further slip would only cause their Champions League aspiration and the forwards are in dire need of goals as they face Oita Trinita who are bringing upheavals on the league. Beating Kawasaki last week, Oita have gained the impetus for further. With pacey wingers, Oita eye on disrupting Cerezo’s defensive solitude.

The sole outfit guarding Kanagawa Prefecture (Yokohama F. Marinos are away for ACL duty), Yokohama FC house Shimizu S-Pulse. Last week, they shared the spoils with Hiroshima and the Kohei Tezuka caution means the commander will be watching from the stand this Wednesday. The man to fill his void will likely be decisive on the faith of this fixture. Shimizu, on the other hand, were thrashed 5-1 to Hokkaido Consadole Sapporo last week – their first since the new manager’s helm. Having seen five goals behind their net, defensive rectification would be their top priority.

Away defeat last week at the Toyota Stadium halted Shonan Bellmare’s winning streak to three. Keeping their rhythm throughout the 90 minutes would be the key to this fixture having conceded two goals in the second half last week. Visitors, Sanfrecce Hiroshima, have been exceptional recently with no defeats in the past six outings. However, the absences of Leandro Pereira and Sho Sasaki due to suspension are huge drawbacks for Hiroshima and the manager Hiroshi Jofuku is given the unnerving task for a breakthrough.

At the Ekimae Real Estate Stadium, Sagan Tosu call on Vegalta Sendai. Tosu have been unbeaten for seven games with the latest fixture marking a 2-1 victory over Kashiwa. The arsenal in Daichi Hayashi has been an impetus to Tosu’s recent success added by the already congealed backline. The injury of Brazilian winger Tiago Alves is their only concern, albeit it’s unlikely to rupture their way of football. Sendai, however, accepted their first defeat since the managerial shift. The 32-year-old forward, Shun Nagasawa, has been scoring for three games consecutive and has his crosshairs set on the Tosu custodian.

The ACL participants’ have already completed their weekly round early on. Defending champions, Yokohama F. Marinos housed Sapporo on the 26th of August with F. Marinos collecting all three points through a 4-1 victory with Júnior Santos brace. Meanwhile, Vissel Kobe thumped Nagoya Grampus on the 30th of September through the Spaniard, Andrés Iniesta, as he netted to bag home the victory. The capital outfit FC Tokyo, too, stood triumphant as the pacey Kensuke Nagai knuckled Urawa Red Diamonds to a 1-0 defeat.