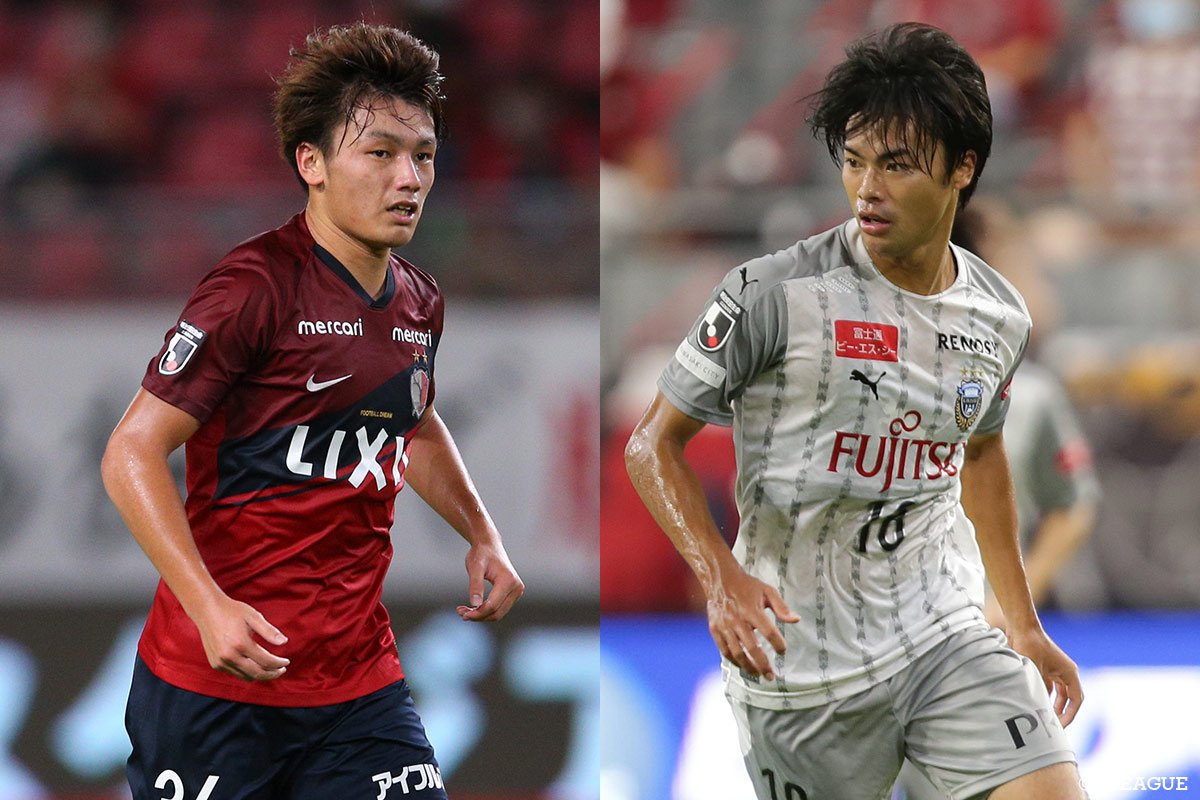 Eight matches of Meiji Yasuda J1 League Match-day 27 will take place on the 14th and 15th of November. The match between Kashiwa Reysol and Oita Trinita was postponed to the 9th of December due to a surge in positive Covid-19 cases.

After a bitter home defeat that shattered another rewrite of J League’s historic streak record, league leaders Kawasaki Frontale encounter Kashima Antlers away from home. Despite last week’s setback to Hokkaido Consadole Sapporo, their 13 points difference with the second-placed Gamba Osaka indicate they are just inches away from the title. As the predominant outfit of the fold, thwarting Kashima’s counters would be vital given the host’s history of come-from-behind victory last week. With a goal to his name last week, Kashima marksman Ayase Ueda is the man to present another nightmarish round to Kawasaki.

Overshadowed by formidable Kawasaki, 12 games unbeaten Gamba Osaka are unlikely to have a go on the title this season. However, stride goes on, with high-stake AFC Champions League (ACL) spot on the table for the blue and black. After pipping out Vissel Kobe on Wednesday, the Osakan outfit house Vegalta Sendai at home. The short recovery period may be the only trouble, yet the 33-year-old forward Patric is primed to slot the opponents having scored two in the past three fixtures. The visitors’ staggering 17 games winless streak is only going to flourish the Brazilian forward and last week’s three-nil thumping to Sagan Tosu have proven there had been no improvements on both ends of the pitch. Having lost 4-1 in the previous meeting against Gamba, Sendai wish to make a watershed point this week, for nothing but to save themselves from paving the uncharted land of shame in the history of J League.

Unlike Vegalta, the losing streak awe was terminated for the capital outfit, FC Tokyo, on Wednesday when they edged out Sapporo on a single margin. The Japanese international, Kensuke Nagai, was the sole provider for Tokyo’s mid-week victory and will be expected to replicate the success against Nagoya Grampus on Sunday. Their opponents Nagoya Grampus have not won in the past two games after being pounded by Sanfrecce Hiroshima this week. Those who have usually been sidelined are now given the chance to repair the impaired, amidst Hiroshima’s goalless run and injuries of mainstay forwards.

The year-long season is a marathon yet Osakan neighbour, Cerezo Osaka seem to have mistaken it as a mere 100-metre dash. Once entrenched as second on the ladder, they now stand fifth on the table having failed to win any of their last two matches. The only relief is the diminutive forward Yuta Toyokawa’s excellence, bagging four goals in the last three outings. Meanwhile, opponent Shimizu S-Pulse have earned all three points under the helm of new gaffer Hiroaki Hiraoka by beating Kobe at their den. The positivity could ensure the likelihood of upheaval on Saturday and Kenta Nishizawa, who was involved in all three goals against Kobe, could lead the Cerezo bafflement.

The champions have lost their shape. Yokohama F. Marinos are muddled with three defeats in a row that include one from the recent bottom-escapee, Shonan Bellmare. The weekend’s home event would be pivotal ahead of their ACL journey with only three games left for the defending champion. In contrast, the visitors, Urawa Red Diamonds have been gaining stability on the field with six games undefeated. Their two recent draws could have been better if not for overreliance on Shinzo Koroki brilliance. The other forwards are now under scrutiny for a step-up.

A spot below the defending champion is the propelling Sanfrecce Hiroshima. They have been unbeaten for four games now and stand eighth on the ladder after a two-goal haul feat against Nagoya Grampus on Wednesday. The loanee, Leandro Pereira, has collected three goals in the last four matches and could prove to be decisive on Hiroshima’s overtake. Meanwhile, the away side Yokohama FC have gained impetus after ending their three-match losing streak. The dramatic victory is poised to boost Yokohama’s remaining fixtures for another dramatic turn.

At the Sapporo Dome, Hokkaido Consadole Sapporo host Sagan Tosu. After marking a stain on Kawasaki’s winning streak in style, the Mihailo Petrović boys failed to carry on the coup as they succumbed to Tokyo on Wednesday. As their defence begin to gain stability, lighting onto their full-of-potential artilleries would guarantee three points at home this weekend. However, Tosu are no easy opponents. They claimed their first win after nine games of silence and Fuchi Honda, with a brace on that fixture, is the man for Sagan to pin their hopes on.

Has the managerial shift effect expired? Vissel Kobe are struggling lately, losing all three recent matches. Game management would be the top concern for Kobe having often gifted comeback victories to opponents. This trait would only be leveraged by Shonan Bellmare’s form as they have been undefeated for five games with the last two being nothing but wins. As Shonan’s aggressive style of play has been approaching its pinnacle, they would wish to muffle Kobe’s possessive football with pure hard work.