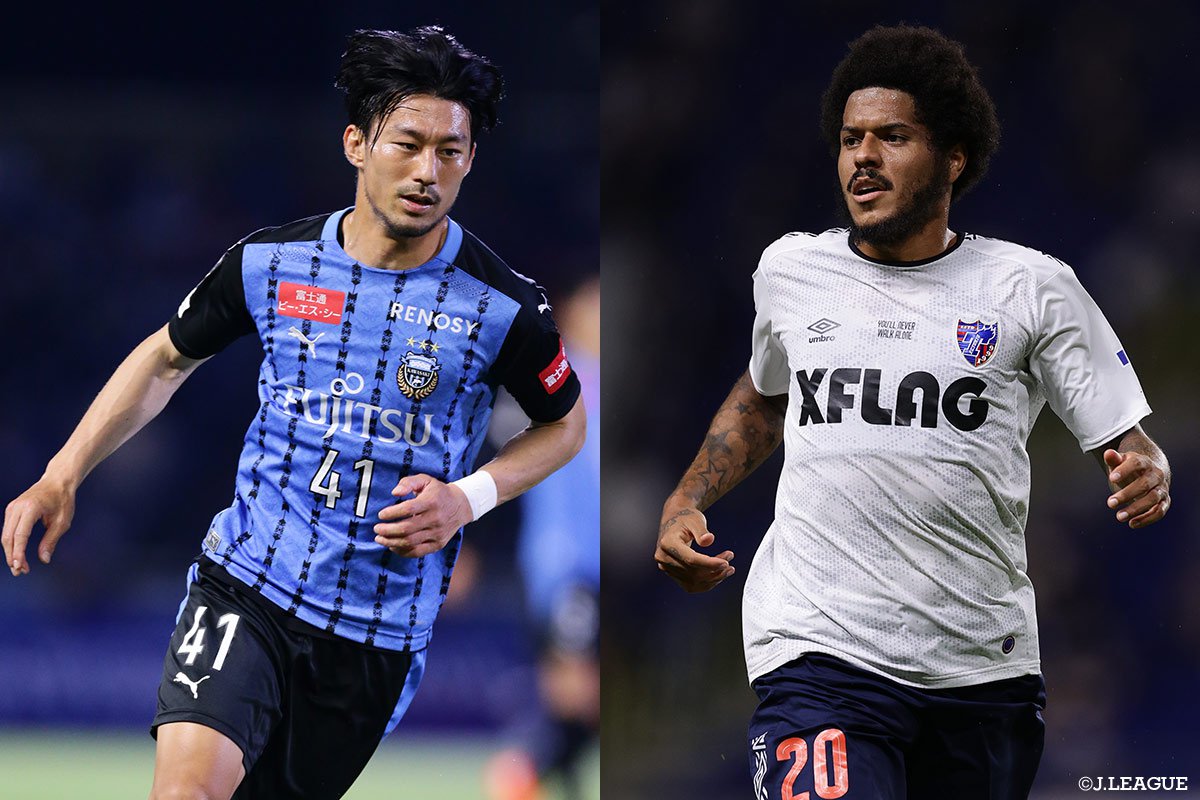 Buoyed by last week’s rout against Nagoya Grampus, table leaders Kawasaki Frontale will encounter FC Tokyo for another narrative of the Tamagawa Classico. They are trailblazers with eleven straight wins amassed ahead of the weekend fixture. The sharpened set-pieces have provided wider options for them to exploit on the openings, while their flawless pass-and-move has been the impetus for the historic run. Their opponent stagger meanwhile. The capital outfit have been losing three straight games including a mid-week defeat to Kashiwa Reysol. With seven goals softly allowed to their goals in the past two fixtures, defensive amendments are a top priority. The vibrancy of teams would draw the line between the loser and winner this week, as the host are playing their first game after two weeks break and Tokyoites are fatigued over the mid-week fixture.

Last week’s victory at the Panasonic Stadium Suita marked Gamba Osaka’s nine games unbeaten run and the onset of their new winning streak; Gamba leaped to second on the ladder. The solid defence has been backing Osaka’s spur, while rugged forward Patric vanquished at the other end. However, this week’s encounter against Hokkaido Consadole Sapporo could present a challenge. The visitors are relishing a fantastic October, already collecting three wins at home. Sapporo’s last two fixtures saw them tightening their back with no goals behind their custodians. The 27-year-old Brazilian forward Anderson Lopes will be expected to replicate last week’s feat.

Divided only by the goal difference, the clash between Kashima Antlers and Nagoya Grampus is the highlight of the week. The two are just three points away from third-placed Cerezo Osaka, the spot that guarantees high-stake ACL qualifiers. The host, Kashima come from two straight wins in the league after edging out Sanfrecce Hiroshima through Everaldo Stum screamer. With 13 goals to his bag, he is the Antlers’ marksman. Likewise, Nagoya put a halt to their nightmarish losing streaks after pipping out Vegalta Sendai on a single margin. The repetition of last week’s clean sheet would be indispensable to silence the host at their den.

After two games of trepidation, Kashiwa Reysol are back on track. Collecting all three points at the capital this week, they stand eighth on the ladder. Despite the tight fixtures, 33-year-old attacking midfielder, Cristiano da Silva’s mid-week brace is what Kashiwa pin their hopes on. The visitors, Shimizu S-Pulse, too, terminated their losing streak after sharing the spoils with Sagan Tosu last week. However, their winless streak of six is still a headache for the Australian gaffer Peter Cklamovski. Adopting a defensive approach to their games, occasional counters through forwards in Junior Dutra and Carlinhos would be the dim light of hope for Shimizu.

The marauders, Urawa Red Diamonds, will travel away from home to Showa Denko Dome Oita this week. They have fully savored their recent fixtures at home with two straight wins including a fascinating 3-1 triumph over Cerezo last week. The fiery arsenals of Reds have slotted nine goals in the last two games and Shinzo Koroki, who has been accountable for three of those, has been netting on all three of their recent outings. Meanwhile, Oita Trinita have not won in the past three games. With the sole goal during this period coming from an own goal by the opponent, Oita forwards Tatsuya Tanaka and Yuya Takazawa are in dire need to awaken from the silence.

Despite the scrapping of relegation this season, Shonan Bellmare’s recent improvement has been encouraging. They have been unbeaten for the past three games and now stand 16th on the table. Despite the setback of losing Naoki Ishihara, former Sevilla FC forward, Hiroshi Ibusuki, scoring his first goal of the season last week, is likely to nullify the gap. The travelers, Yokohama FC fell victim to Sapporo’s annihilation last week, and amending the defensive blunders would be the top priority.

At the bottom of the table, Vegalta Sendai are winless for the past 15 games. Their unyielding spirit was only marked by a dramatic defeat to Kobe and solidarity would be the only remedy for the injury-plagued wooden spoonist. On the other hand, opponents, Sanfrecce Hiroshima, were on the smiley end on the mid-week fixture, thumping Yokohama F. Marinos through Yuya Asano effort. The diminutive midfielder has been showing signs of improvement and would be vital for Hiroshima’s successful weekend outing.