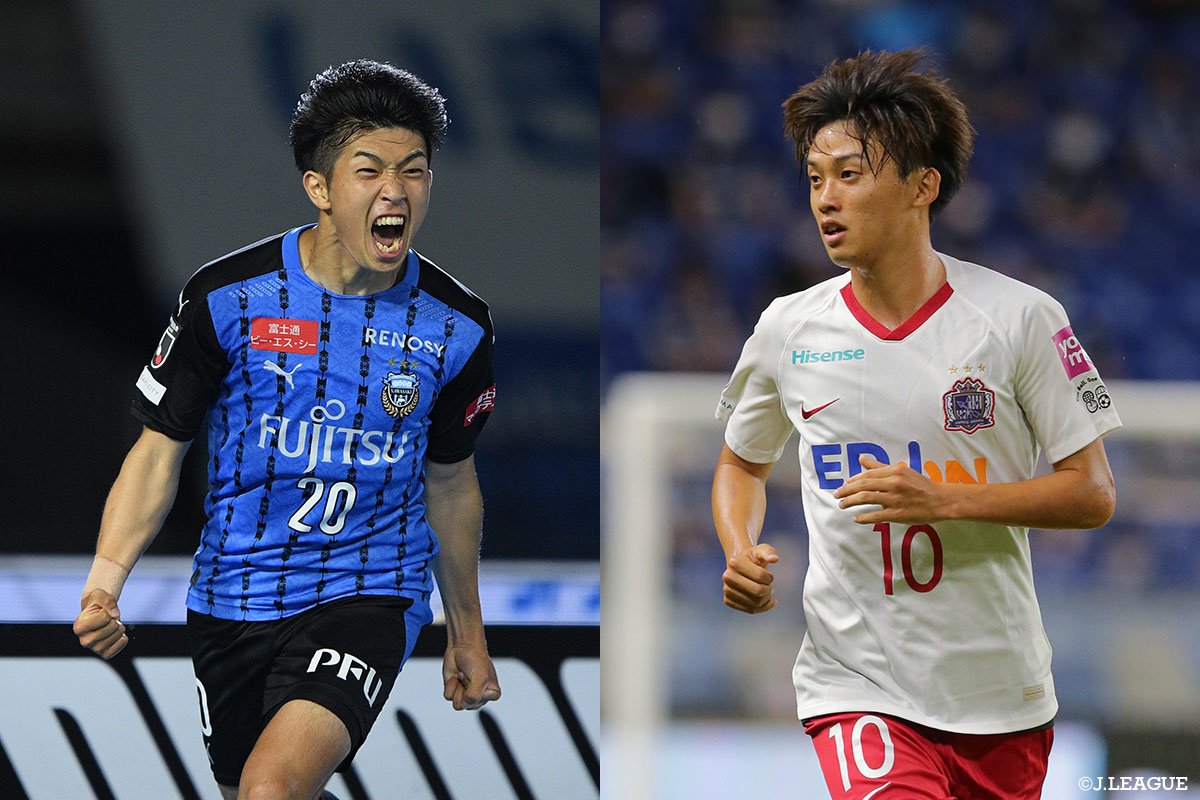 Meiji Yasuda J1 League Match-day 16 will take place over the 12th and 13th of September.

Table leaders Kawasaki Frontale host Sanfrecce Hiroshima. Currently, the home side are picking up pace, and come from three consecutive victories. In their previous match, they seized a dramatic comeback victory, defeating Vissel Kobe 3-2. Twenty-year-old Taisei Miyashiro, who scored his first goal in J1 League against Kobe, will be under the spotlight. Hiroshima as well are in good shape, having won their last two matches. In the previous round, they enjoyed a comfortable 4-1 success over Shimizu S-Pulse. In addition to a steady defense, they have improved their scoring ability. But mostly it will be a battle between Kawasaki’s overwhelming attack and Hiroshima’s solid defense.

Second place Cerezo Osaka won four in a row and are chasing Kawasaki. In this round, They will face Yokohama F.Marinos away. Their defense achieved two clean sheet in a row, and in addition their scoring ability has been improving. Can Hiroaki Okuno, who snatched a brace in the previous match, find the net again? F.Marinos lost two in a row and their condition is once again declining. How can they break the Osakans’ solid defense? All expectations are on Brazilian duo Marcos Júnior and Júnior Santos.

Third place FC Tokyo will travel to Vissel Kobe eyeing their fourth consecutive victory. Attention is focused on the young combo formed by of Kyosuke Tagawa and Daichi Hara that led the team to victory in the last match. Kobe dropped the three points to Kawasaki in the previous round and have won no games in the last four. Their leading players, such as Andres Iniesta, are in poor condition, and thus it is difficult to achieve the results they want. Can Noriaki Fujimoto and Kyogo Furuhashi, who revitalize the front line with their speedy play, provide some momentum to the team?

Fourth place Nagoya Grampus will play an away game at Yokohama FC. In the previous match, they achieved a come-from-behind victory, topping 2-1 the other Yokohama team, F.Marinos. Hiroyuki Abe, who has recovered from the injury, will lead the attack. Yokohama FC are struggling, coming from three consecutive losses. In the previous game, they were defeated by FC Tokyo, although they took the lead first. There is an urgent need to fix the defensive mechanisms, as they conceded seven goals in three games.

Kashiwa Reysol will travel to Sagan Tosu. The home side have regained the momentum with two consecutive victories. In the previous round, they showed their powerful attacking style, and beat Gamba Osaka 3-0. Not only top scorer Olunga but also Ataru Esaka, who continues to perform at top level, are the ones to watch. Tosu drew with Urawa Reds in their previous game. Although they took the leads twice, they conceded equalizers each time. Therefore, their theme for this match could be managing the game better, if leading.

Kashima Antlers have moved up to sixth place with four consecutive victories. This round they will travel to Shimizu S-Pulse. Their attack is in high spirits, with 10 goals scored in four games. Will Ayase Ueda find the net again? Shimizu are in a slump with five consecutive losses in which their fragile defense gave away 18 goals. While displaying an attacking style of football, it may be difficult to turn the tide if they cannot solve their defensive problems.

Consadole Sapporo will host Urawa Reds. They haven't won in eight games and while they haven’t scored in their last three games, the attackers will do their best to fulfill their potential. Urawa as well could not obtain the three points in their last two games. But they showed the tenacity it took to equalize at the end of their last match. Shinzo Koroki, who has reached 150 goals in J1, is expected to play an important role in this round as well.

Vegalta Sendai will host Oita Trinita. The home side saw no victory in five games, and lost to Kashima in their last match. While they have scored often enough, the stability of the defensive organization needs a tune up. Oita as well have been abandoned from the goddess of victory. However in the previous round, they showed tenacity until the end and drew with Shonan. Which team will get the needed result and a chance to improve their situation?

Shonan Bellmare, have sunk to the bottom of the table and travel to Gamba Osaka. They have shown signs of recovery in the last two matches; however, they couldn’t manage a two-goal lead and shared points with Oita. Can they find back their aggressive football and their legendary high-work-rate? Gamba Osaka experienced a total defeat against Kashiwa in the last match. They surely aim to improve their defensive performance, after conceding three goals.