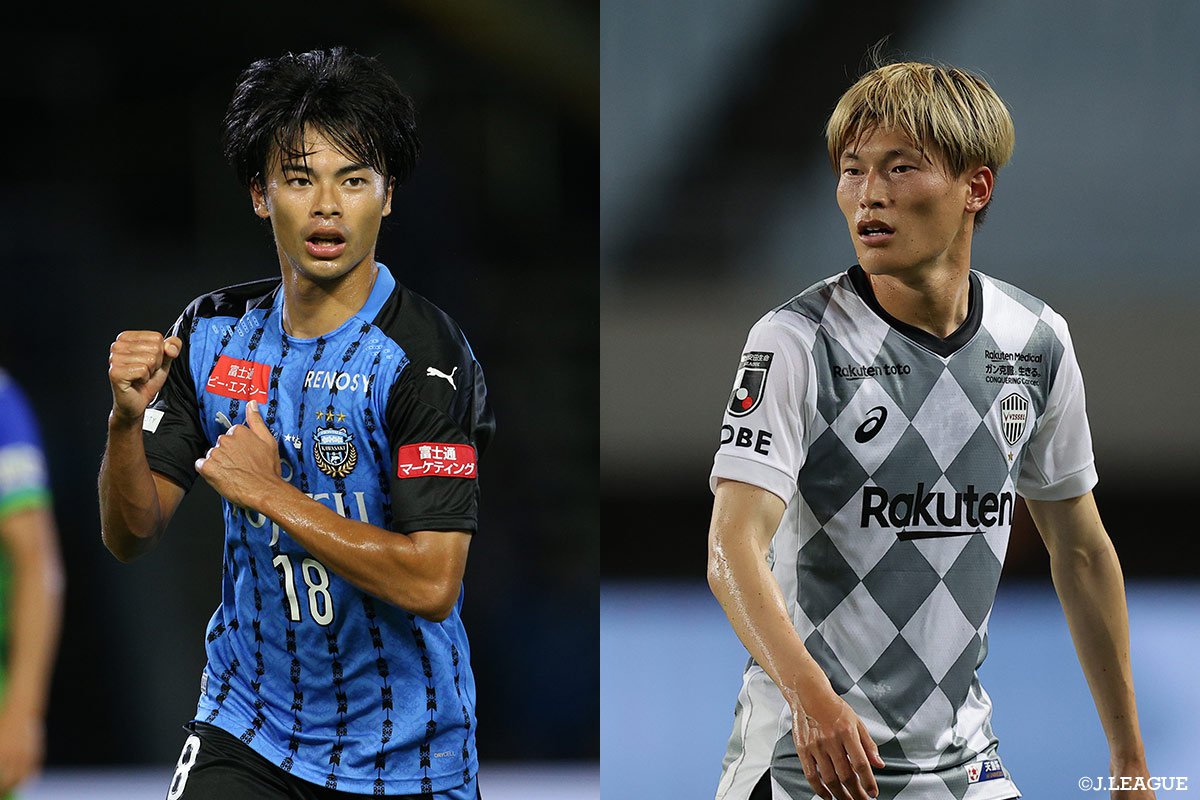 Meiji Yasuda J1 League Match-day 15 will take place on September 9th. The tight schedule means that games will be played only three days after the previous ones, and  the footballers’ fitness will be a major factor in determining victory or defeat.

Table leaders Kawasaki Frontale host Vissel Kobe at the Todoroki Stadium. In their previous match, they overwhelmed Yokohama F.Marinos and won 3-1. Young star Kaoru Mitoma, who scored eight goals in the season and is ranked fourth place in the top scorers table, is expected to play an important role in this match. Kobe come from three consecutive draws. In this season they met Kawasaki on August 26th and drew 2-2. However, as the two clubs clashed in the Levain Cup semi-final a week ago, Kobe were defeated 6-0. Will they manage to display their tiki-taka football and at the same time manage to contain Kawasaki’s attacks?

Second place Cerezo Osaka await Consadole Sapporo at the Yanmar Stadium. In the previous match the Osakans defeated Urawa Reds and achieved their third consecutive victory. In addition to their solid defense, their scoring ability is improving as well, and it will be interesting to keep an eye on Shota Fujio, who marked the first goal of his career. On the other hand, Sapporo are in a slump, and haven’t won any of their last seven matches, a negative series so far ending with their 2-0 loss against Sanfrecce Hiroshima in the previous round. They still can create goal opportunities, but they need their forwards to step up, and thus there are expectations for their English striker Jay Bothroyd.

Third place FC Tokyo will host Yokohama FC at the Ajinomoto Stadium. They are in good shape, coming from two consecutive victories. Can Shuto Abe, who snatched the winning goal in their last match, be decisive again? Yokohama FC had a diametrically opposite experience, having lost their last two games. They left three points at Sagan Tosu, who played their first league match in about a month. Yokohama FC need to fix their defense that lately has been all over the place and conceded seven goals in the last three games.

Nagoya Grampus host Yokohama F.Marinos at the Paloma Mizuho Stadium. They could not get the three points in their last two games, and last weekend, they lost to Kashima Antlers. Improving a defense that gave away three goals in each of the last two matches will be crucial. F.Marinos were defeated in the last two games as well. Just as Nagoya, they will try to keep their defensive line high, and snatch the ball, to then hit the opposition with quick attacks.

Kashiwa Reysol will host Gamba Osaka at the Sankyo Frontier Kashiwa Stadium. Goals from Hiroto Goya and Ataru Esaka led the team to a 2-1 win against Shimizu S-Pulse in the past match. Top scorer Olunga, who was given a break in the last round, is expected to return in good shape. Again in the past match-day, Gamba’s offense overwhelmed Sendai’s defense with four goals. Kashiwa should be concerned about the offensive duo formed by Takashi Usami and Ademilson.

Kashima Antlers surged to ninth place thanks to three consecutive wins in which they scored eight goals. This time, they host Vegalta Sendai at the Kashima Soccer Stadium. Expectations are high for Shoma Doi, who scored in two games in a row. Sendai sit in 15th place with no victories in the last four games. Their defense conceded four goals last Saturday: will they be capable to contain Kashima’s attacks?

Urawa Reds play against Sagan Tosu at the Saitama Stadium. The home team experienced total defeat against Cerezo in the previous round. Leonardo continues to do well, but the other attacking players are in a slump. Tosu seized a spectacular victory in the first match in about a month, versus Yokohama FC. Their incredible stamina might be a key element in this match and in the rest of the season.

Sanfrecce Hiroshima won at Consadole Sapporo in the past weekend. They finally managed to obtained three points for the first time in their last five games. Speedy Yuya Asano is the player expected to switch on their offense. The opponent Shimizu S-Pulse are back to the blackboard after four consecutive losses and again they need to reduce mistakes and concede less goals.

Finally, Oita await Shonan Bellmare at the Daigin Dome. They have not won in the last four matches and are currently on a two-games losing streak. Their attacking package has generated only two goals in the last four games. Likewise, Shonan have not won one in their last seven games. However, in their last match they drew to Vissel Kobe and stopped their losing streak at six. Both teams are in a difficult situation, will one of them manage to turn the tide?