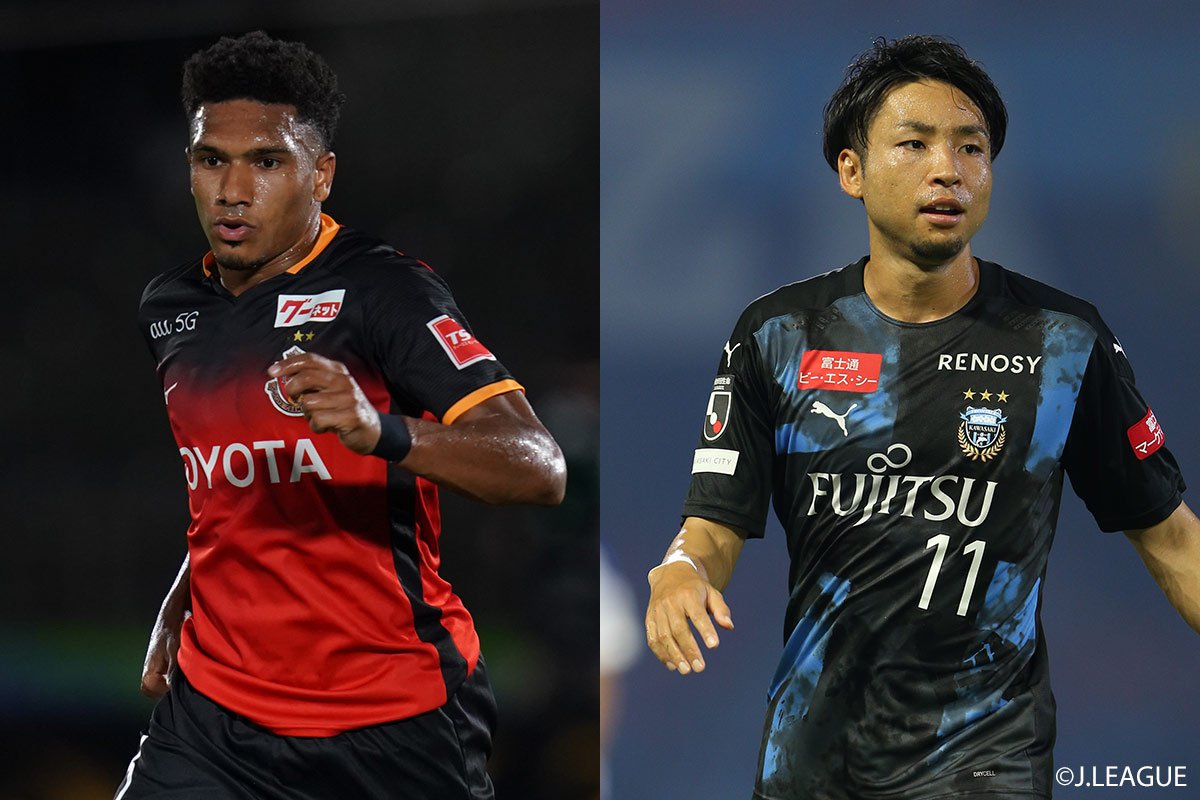 Kawasaki Frontale, who just set a new J1 record with 10 consecutive victories, will travel to the Toyota Stadium to face Nagoya Grampus. The table leaders in the previous round, defeated second place Cerezo Osaka 5-2. With Yu Kobayashi in top form, attackers Kaoru Mitoma and Leandro Damião complete a great attacking trio. Their astonishing offensive football will be their weapon to overcome Nagoya. The home side grabbed three points from the match versus Shonan Bellmare and moved up to third place. They showed resilience throughout the 90 minutes, and won with a goal at the very end of the game. Nagoya have conceded only eight goals in total, which makes them the best defensive pack in the league.

Cerezo Osaka, who experienced a big defeat in Kawasaki, have three days to recover, reorganize, and vent out their frustration in this next round. Expectations are high for manager Lotina. Their rivals Vegalta Sendai have the advantage of coming into this game well rested, since their previous match was postponed and could take a break for a week. However, Vegalta’s attackers need to be inspired in order to top Cerezo’s solid defence.

Urawa Reds moved up to fourth place with two consecutive victories. In this round they will host Vissel Kobe. Their defensive stability has improved, and their offense is gaining momentum. Leonardo who has scored in five games in a row, Aims to be yet again their crucial player. On the other hand, Kobe dropped down to 10th place with no wins in the last three games. Although they can find the net, they concede goals too easily. The condition of Andres Iniesta, who picked an injury in the last game, is also a reason for concern. Expectations are high for Goke Yuta who has shown encouraging signs of improvement.

Kashiwa Reysol will visit Oita Trinita, and of course, All eyes are on Olunga. He has scored  in seven games in a row, and if claims at least one this time as well, he will equal the J1 achieved by Julio Salinas in the 97-98 season, when he scored in eight consecutive matches. Oita showed signs of recovery, and are undefeated in the two previous games, after losing five in a row. They drew 1-1 at Consadole Sapporo in the last round, conceding an equalizer at the end of the match. This time they will surely care to be fully focused until the final whistle.

Kashima Antlers meet Gamba Osaka at home. After struggling in the beginning of the season, they seemed in better shape, but in the last game they lost 1-0 against Yokohama FC. The pressure is on their attackers, who could not find the net in the previous, match. Gamba lost 3-1 against Urawa Reds in the last round, in a game where they could not get into a rhythm and missed several chances. They’ll need to do better to get a positive result out of this match.

FC Tokyo will host Shonan Bellmare. In the previous round, they couldn’t keep the lead and shared points with Sanfrecce Hiroshima. Their offense, featuring Leandro who has scored in two games in a row, is performing well, but their usually solid defense was shaky and needs to regroup. Shonan are at the bottom of the table after five consecutive losses. They can make chances, but can’t turn them into the desired results. Naoki Ishihara, who scored four goals in total despite often being isolate up front, is the one they rely upon for this match.

Yokohama F.Marinos face Sanfrecce Hiroshima at home. In the previous match, they obtained three points against Shimizu S-Pulse, and it was their first victory in three games. It is good news for them  that the new faces Júnior Santos and Daizen Maeda, who joined this summer, already seem to be in good shape. On the other hand, Hiroshima in three last match equalized in additional time to draw with FC Tokyo. They surely hope to display the same tenacity, and grasp their first victory in three games.

Shimizu lost in their last match, and it was their first time in six games. it will be necessary to improve their defense, which conceded four goals. Yokohama FC have been in good shape, with two consecutive victories. In the previous match, they obtained their first clean sheet of the season and defeated Kashima. They now hope for their third consecutive victory.

The match between Sagan Tosu and Consadole Sapporo is postponed due to several players and staff of the home side testing positive for COVID-19.