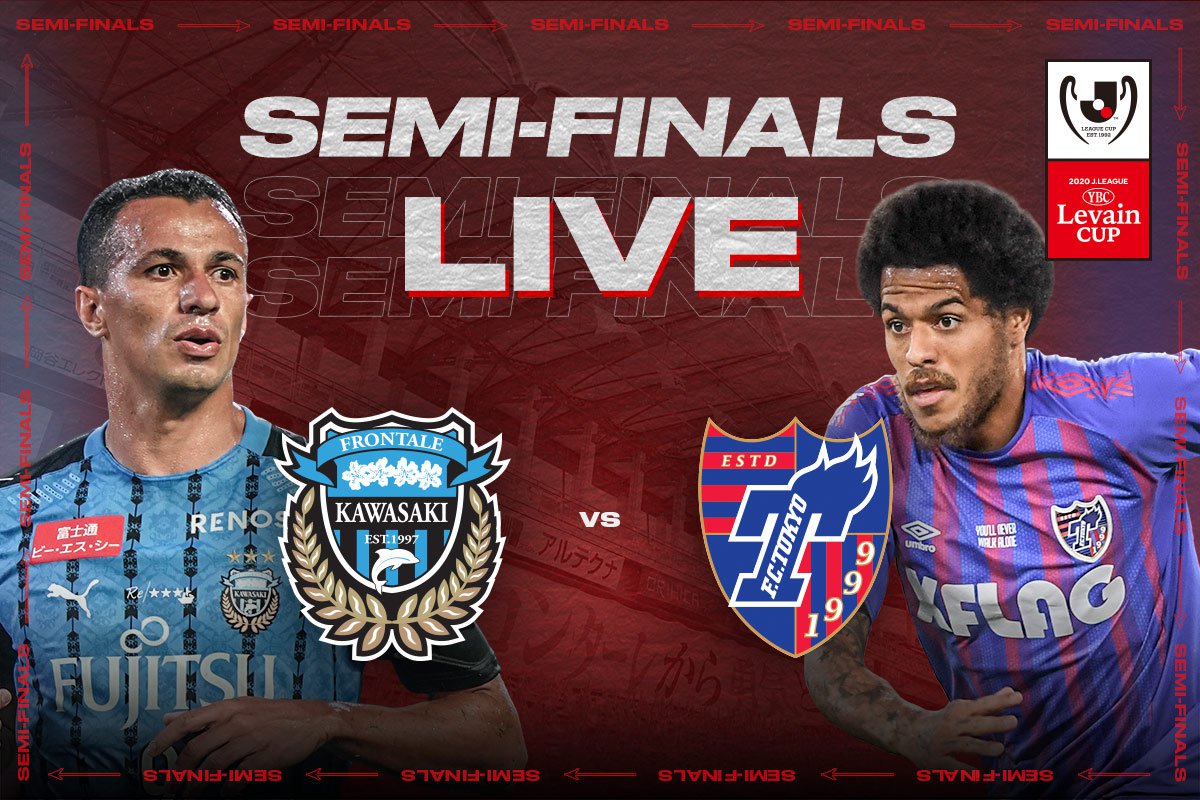 Global fans can catch a LIVE broadcast of the 2020 J.LEAGUE YBC Levain CUP semi-finals between Kawasaki Frontale and F.C.Tokyo on our official J.LEAGUE International YouTube channel, airing on Wednesday, October 7th at 19:00 JST!

Also known as the ‘Tamagawa Classico’, the highlight of this week’s semi-finals is the invigorating fixture between Kawasaki Frontale and FC Tokyo. Kawasaki have been out-of-reach this season. Leading the 2020 J1 League with 12 points above second-placed Tokyo and thrashing Vissel Kobe on a six-goal rout in the previous stage of the quarterfinal, they are the dominant forces. Firing 16 goals out of four games in this Cup, the annihilators’ artilleries in Yu Kobayashi and Kaoru Mitoma with four and three goals respectively are vital for the Classico to be an interesting fixture.

The Tokyoites are not to worry. In fresh university graduate Shuto Abe, the crosshairs are set on the host’s goal. With Shuto brace during the quarter-final stage against Nagoya Grampus, FC Tokyo eased past to sit comfortably on the semi-final. The memories of a staggering four-goal defeat at home against the rival still haunt the capital outfit and the Kenta Hasegawa boys are faced with a perfect opportunity for redemption. Another spate of ‘Tamagawa Classico’ is up for a dramatic narrative.

*Broadcast only available to audiences outside of Japan and Thailand*

We hope you will join us for this Prime Stage matchup and be sure to follow all of our international social media channels to stay connected to the latest news, highlights, and much more from J.LEAGUE!