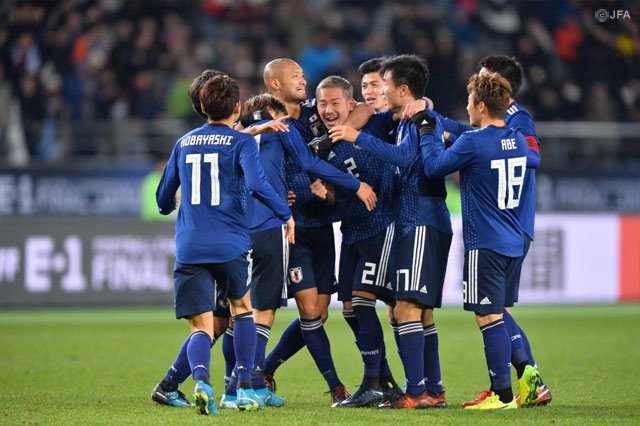 The 2017 EAFF E-1 Championship opened on Saturday with hosts Japan earning a 1-0 win over DPR Korea.

Recent Samurai Blue regulars such as Yosuke Ideguchi and Gen Shoji were joined by goalkeeper Kosuke Nakamura and defender Sei Muroya, both of whom made their senior international debuts.

The match opened as a back-and-forth between the two sides with neither team able to create a significant chance on goal in the first half.

DPR Korea pressed forward in the second half, pushing Japan deep into their own end and creating chances in the 24th, 25th, and 38th minutes.

But a fine performance by Nakamura kept Japan’s goal protected, and Yosuke Ideguchi volleyed in Yasuyuki Konno’s headed pass to score the winner and send the hosts to the top of the group.

In the other match of the day, Korea Republic and China played out to a 2-2 draw.