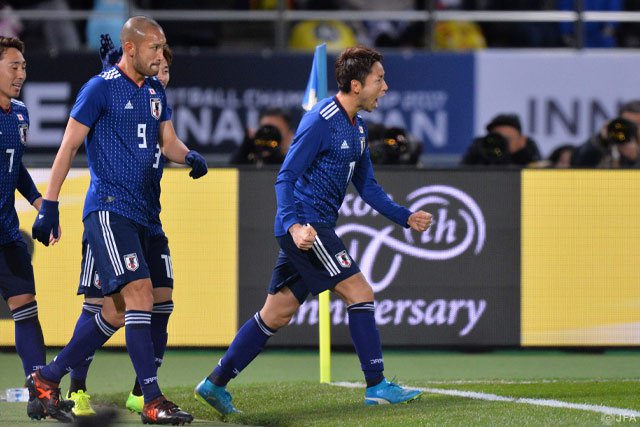 The Samurai Blue rarely ceded control of the match to their opponents, but struggled to create chances on goal over the course of the first half.

The second half saw Japan inch closer to a goal, with Yu Kobayashi and Yosuke Ideguchi seeing shots narrowly miss the goal.

The 84th minute saw the game burst open when Kengo Kawamata’s shot was parried in front of Yu Kobayashi, who scored his first international goal and put Japan into the lead.

Just four minutes later, Gen Shoji unleashed a ballistic shot from near the center circle that flew into the net to make it 2-0.

With a final score of 2-1 following a successful penalty conversion by China’s Yu Dabao, Japan held onto first place in the table and can clinch their second E-1 title with a win over Korea Republic, who won 1-0 over DPR Korea in Tuesday’s early match, on Saturday, December 16.