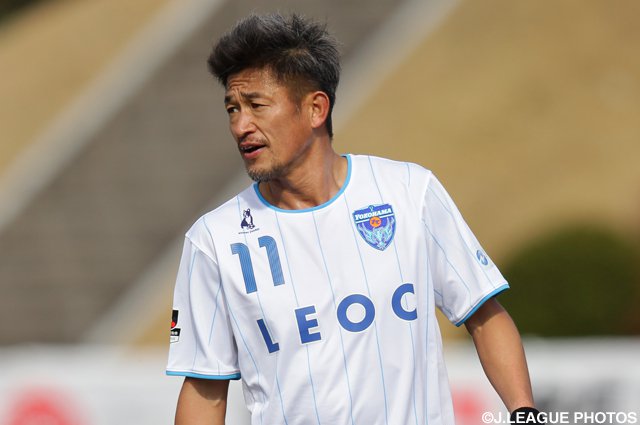 Yokohama FC’s Kazuyoshi Miura extended his record as oldest player to play in the J.League when he featured in the the MEIJI YASUDA J2 League game on Sunday.

“King Kazu” started the game versus Tochigi SC remarkably aged 48 years and 17 days old, and lasted until the 64th minute before being substituted.

Both teams went on to draw 1-1, Makoto Sugimoto levelling the match for Yokohama after Tochigi opened the scoring.

Miura is embarking on his 29th season in professional football and has settled down in Yokohama since the 2006 season after spells in Italy, Croatia and Australia.