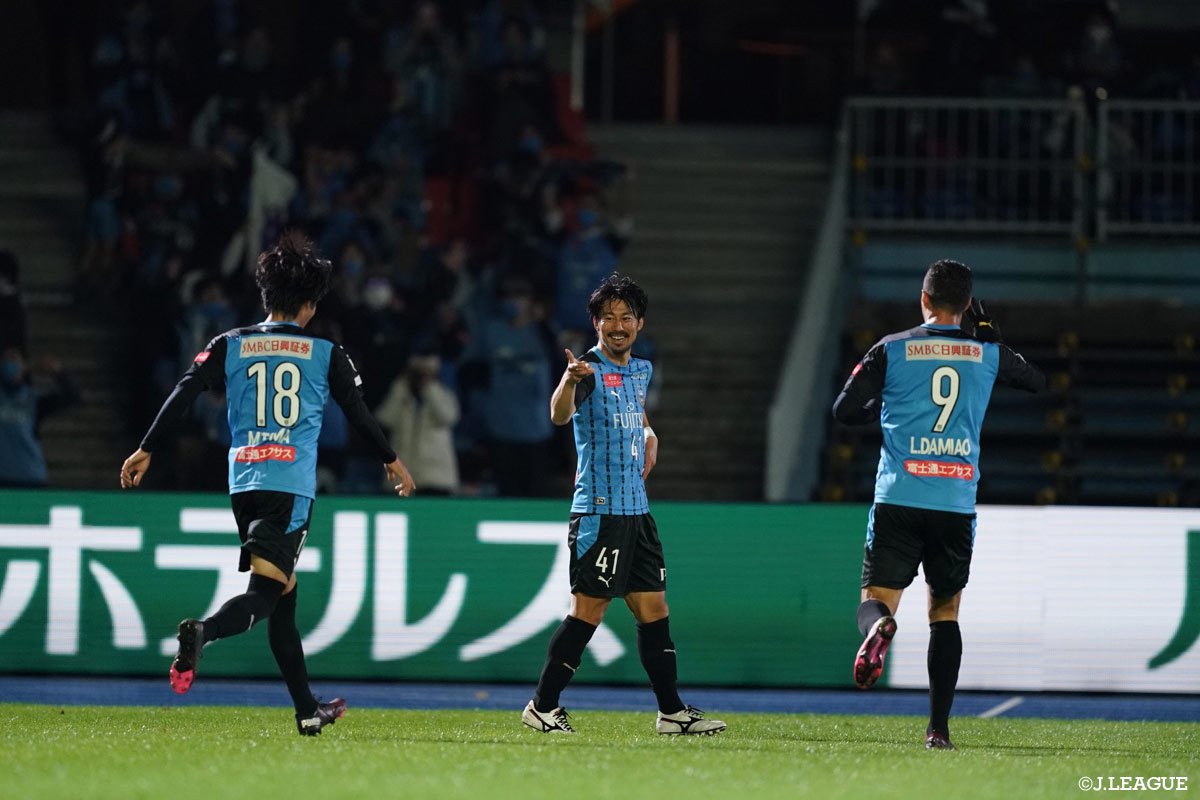 After a year of silence, runaway leaders Kawasaki Frontale clinched their J1 League title in two seasons during Match Week 29 of the MEIJI YASUDA J1 LEAGUE.

Needing only a draw, the top-of-the-table side defeated second-place Gamba Osaka at the Kawasaki Todoroki Stadium by a score of 5-0, with the Osakan outfit undone by goals from LEANDRO DAMIAO, Manabu SAITO, and Akihiro IENAGA, who recorded a hat-trick.

With four games remaining on the calendar, Frontale have already amassed 75 points in the league to secure their third J1 Championship in history, having won their first and second in 2017 and 2018 respectively.