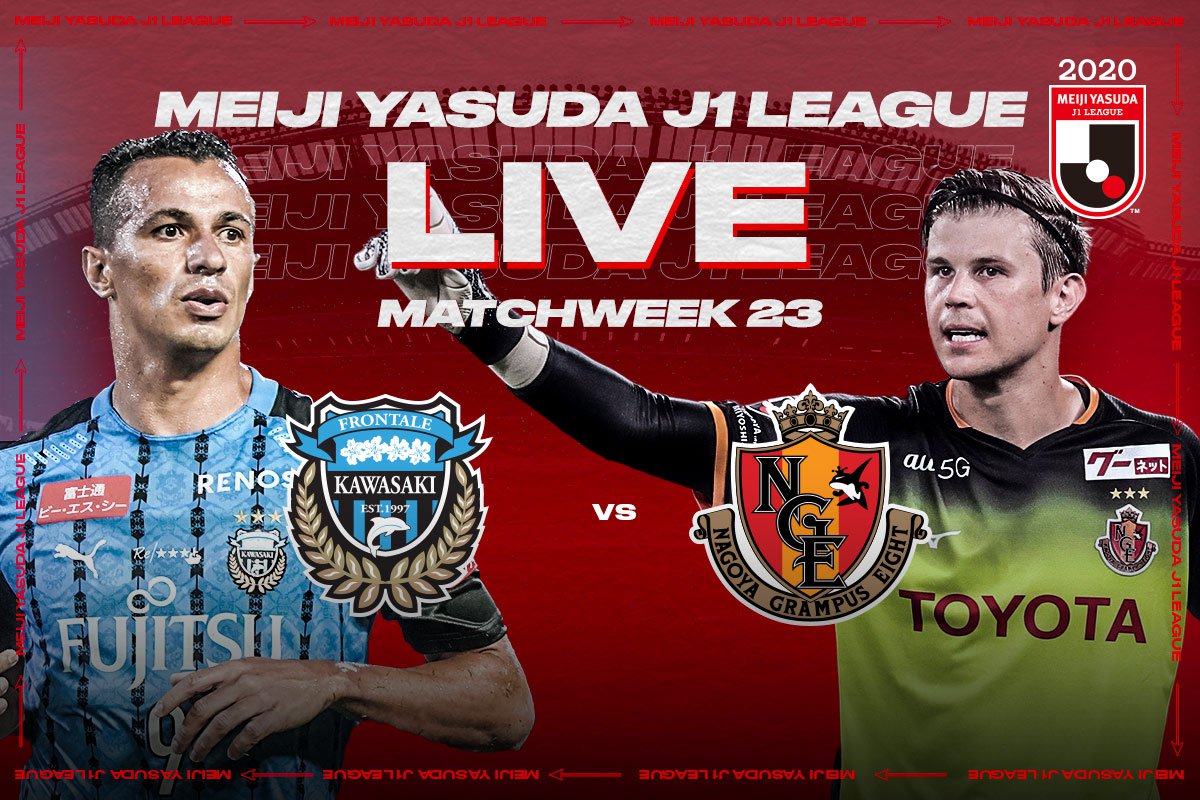 Kawasaki Frontale will host Nagoya Grampus this weekend at the Kawasaki Todoroki Stadium—and global fans in certain markets will be able to tune in LIVE!

Be sure to visit our official J.LEAGUE International YouTube channel on October 18th at 19:00 JST to catch all the MEIJI YASUDA J1 LEAGUE action!

For every ten straight wins Kawasaki Frontale relish, comes Nagoya Grampus. League leaders Kawasaki house fourth-placed Nagoya at home after savoring their second ten-game winning streak of the season; the first of which was halted when the Red Wall (Nagoya) stood against them marking themselves as the only to have beaten the 62-pointers this season. The two sides’ previous head-to-head on game-week 12 was the witness of Nagoya’s rock-hard defense, edging out the visitors with a goal. This Sunday’s visitors aim to replicate their August success at the Toyota Stadium through on-form Brazilian diminutive forward Mateus.