Kawasaki Frontale still searching for rhythm as the highlighted fixture against Kashima Antlers ends with a draw, while Shun Nagasawa hat-trick vociferates elation as Vegalta Sendai put an end to 18 games winless drought 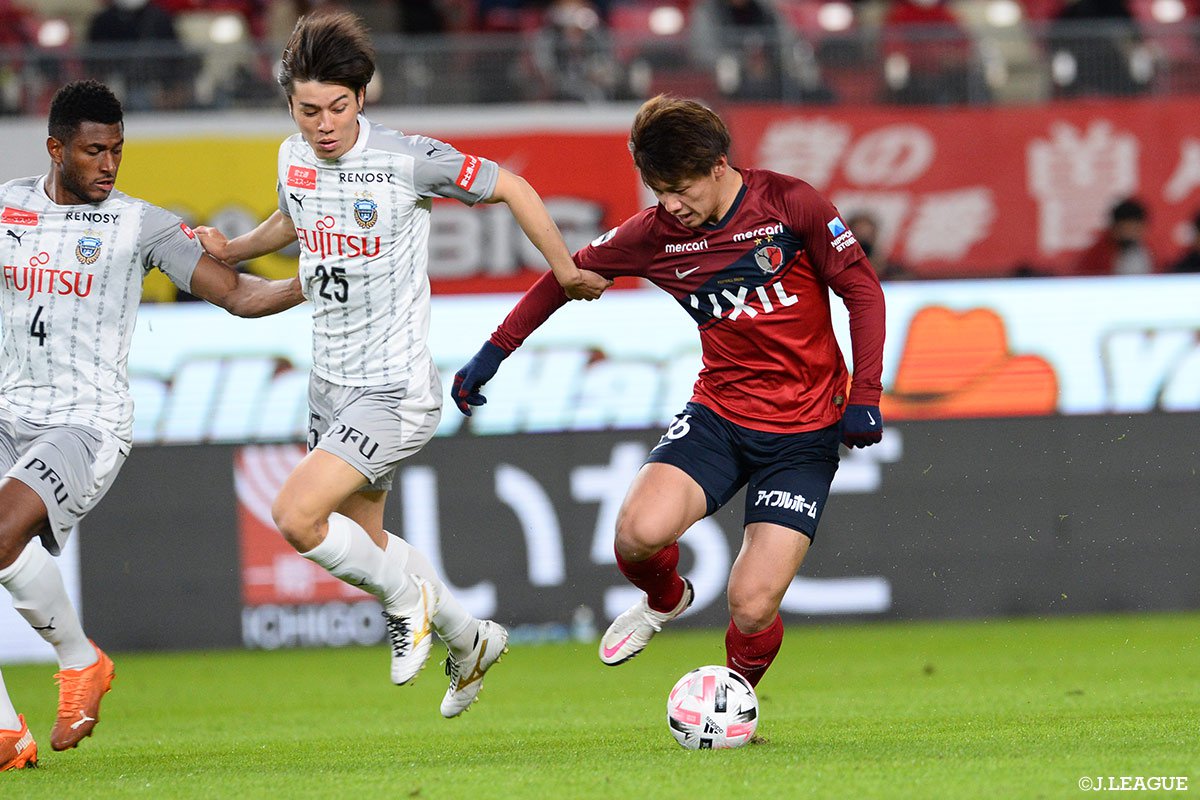 Meiji Yasuda J1 League Match-day 27 took place over the 14th and 15th of November. Table leaders Kawasaki Frontale shared the spoils with Kashima Antlers, while second-placed Gamba Osaka were victims of Vegalta Sendai upheaval. The gap between the two has widened to 14 points.

After three games at home, Kawasaki were the visitors this week to Antlers. The visitors’ hankering to get back on winning track was derailed as their 18th minute Yasuto Wakizaka dazzler was nullified to share the spoils. The draw means they have now amassed 69 points on the table. Meanwhile, second-placed Gamba failed to leverage on Kawasaki draw. Hosting wooden spoonist Vegalta Sendai at home, a four-goal thrashing was never anticipated. The Vegalta strike was featured by Shun Nagasawa hat trick, a rugged forward who changed his allegiance from Gamba two years ago. It was Gamba’s first defeat in 13 games, while it was the first three points for Sendai after 18 games of misery.

Júnior Santos opened the account for Yokohama F. Marinos in a game marked by an eight-goal haul against Urawa Red Diamonds. A spate of goals followed thereafter with F. Marinos scoring four at the halfway mark. The annihilation was reinforced by Kota Mizunuma and Júnior Santos’ third in the latter half; terminated Yokohama’s regrettable three games of consecutive losses. The awestruck 6-2 scoresheet marked F. Marinos’ last game of the season and blissed the outfit ahead of their AFC Champions League (ACL) campaign in Qatar. The other outfit of Yokohama, however, failed to throw confetti like their neighbours. Yokohama FC were the visitors last weekend to Sanfrecce Hiroshima’s Edion Stadium Hiroshima. Despite taking an early lead, Ezequiel equalized to level the game. Both sides shared the point.

At the IAI Stadium Nihondaira, on form Shimizu S-Pulse went ahead through Renato Augusto scissors. The fan-filled stadium was broiled into madness. Although the host allowed one to visitors, Cerezo Osaka, they soon brought the game back through Keita Nakamura and Carlinhos towards the final whistle. However, the home madness was not witnessed at the Sapporo Dome as Hokkaido Consadole Sapporo only managed to equalize the game against Sagan Tosu through Jay Bothroyd screamer.

On Sunday, Shonan Bellmare sealed the game through Takuya Okamoto and Mitsuki Saito against Vissel Kobe. This marks Shonan’s third consecutive victory, while Kobe have lost their tune and are muddled by four consecutive defeats.

As the last fixture of the week, Nagoya Grampus and FC Tokyo were under the limelight. The game was only concluded at the very last minute, as Mateus converted the spot-kick before the whistle to provide three points for the home side, Nagoya. They have now overtaken the capital outfit to sit third on the ladder.