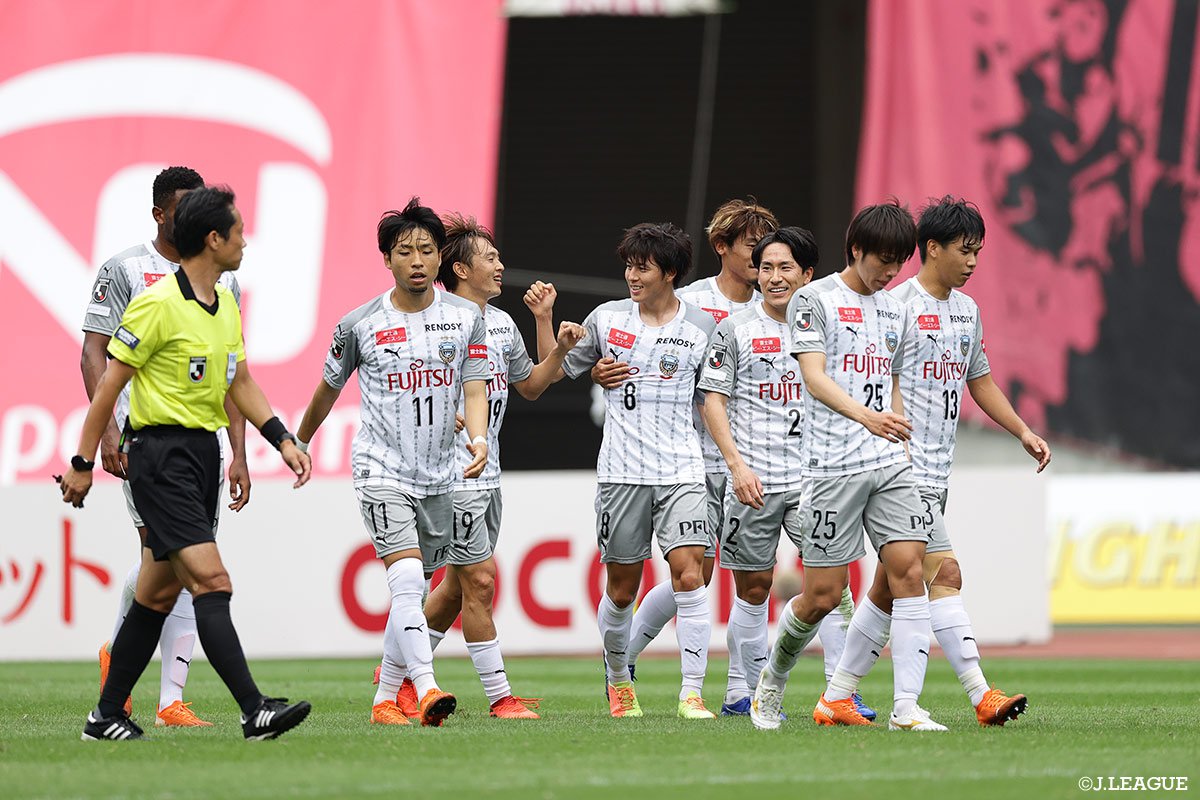 The unreachable leader, Kawasaki Frontale, traveled west for an away fixture against the chaser, Cerezo Osaka. The visitors took an early lead through Ayumu Seko’s poacher-like own goal in the first half. Despite the setback, the Osakans proved resilience with a 62nd minute equalizer at the same spot where they inadvertently allowed the lead. Twenty minutes of unfruitful exchanges continued and the Brazilian assassinator, Leandro Damião came on from the bench to wind up the children’s fight. Dubbed as Solskjær, a minute was all he needed to blow the lead for Frontale. Toru Oniki’s second-half tactical substitutions kept proving right. Another second-half substitute, Kaoru Mitoma slotted home another to seal the game for Kawasaki a minute after the Brazilian. With the victory, Kawasaki have now reached a phenomenal eight winning streaks and sit comfortably at the top with 56 points, 14 above Cerezo.

The other end of Osaka was, however, filled with confetti. Gamba Osaka edged out the visitors, Kashima Antlers, at home through Patric and Kazuma Watanabe efforts. Having gained their momentum towards the end of September, Gamba have now clinched their fourth consecutive victory with a jump to fifth. Meanwhile, Kashiwa Reysol bagged all three points at the Nippatsu Mitsuzawa Stadium with J1 league top scorer, Michael Olunga brace prompting an annihilating 3-0 victory against Yokohama FC. At the Edion Stadium Hiroshima, Sanfrecce Hiroshima trio, Yuya Asano, Shunki Higashi, and Toshihiro Aoyama grieved visiting Sagan Tosu with a goal apiece.

Had the social media outrage thanks to a six-goal haul on Saturday afternoon equated to an outpour of rain, the 19-year-old fixed roof of Sapporo Dome would have been torpedoed. An hour before the highlighted fixture between Cerezo and Kawasaki came another all-or-nothing fixture between Hokkaido Consadole Sapporo and Vegalta Sendai. The host took the lead through Anderson Lopes header to cap off the first half one-nil. And minutes after the second-half whistle, Alexandre Guedes took advantage of the dismantled Sapporo defence to equalize the heated fixture and heralded goals aplenty to come. Guedes headed another to bring back the lead, while Yasuhiro Hiraoka seemed to have sealed the game with another. However, Keiya Shiihashi howler bestowed impetus for the host and Daiki Suga’s 15-yard screamer nullified the visitors’ efforts. The eye-pleasing fixture saw both sides sharing the spoils. At the Showa Denko Dome Oita, Oita Trinita prevailed against Shimizu S-Pulse with Tatsuya Tanaka winner.

Travelers, FC Tokyo, were at Shōnan this weekend to conclude their week-long spate of away trips (a series of away fixtures saw Tokyo at three different cities in a week). The journey was marked fruitful with Adaílton firing home three points against Shonan Bellmare. The two consecutive wins sprang the capital outfit just below Kawasaki with 44 points.

The much-anticipated fixture between Yokohama F. Marinos and Vissel Kobe was goals galore with Edigar Junio latching onto the pinpoint cross to volley home at just third minute. However, his compatriot, Douglas equalized virtually immediately outwitting the back-three and the custodian to silence the fan-filled Nippatsu Mitsuzawa Stadium. And minutes later, fan-favorite, Andrés Iniesta converted the spot kick to take the lead. The Spaniard, despite standing at twilight of his career, proved he wasn’t here for holidays. Working industriously in the middle, the La Masia graduate expropriated from the opponent to provide an entry pass which saw Kyogo Furuhashi extending the lead. Despite allowing a late consolation to F. Marinos, Kobe remained dominant and bagged home the win to elongate their back-to-back wins to four. Meanwhile, Nagoya Grampus arose victorious at their away trip to Saitama through Mu Kanazaki header in the 54th minute against Urawa Red Diamonds. It was their first away win since Game-week 11. Grampus now stand fourth on the ladder with 36 points.