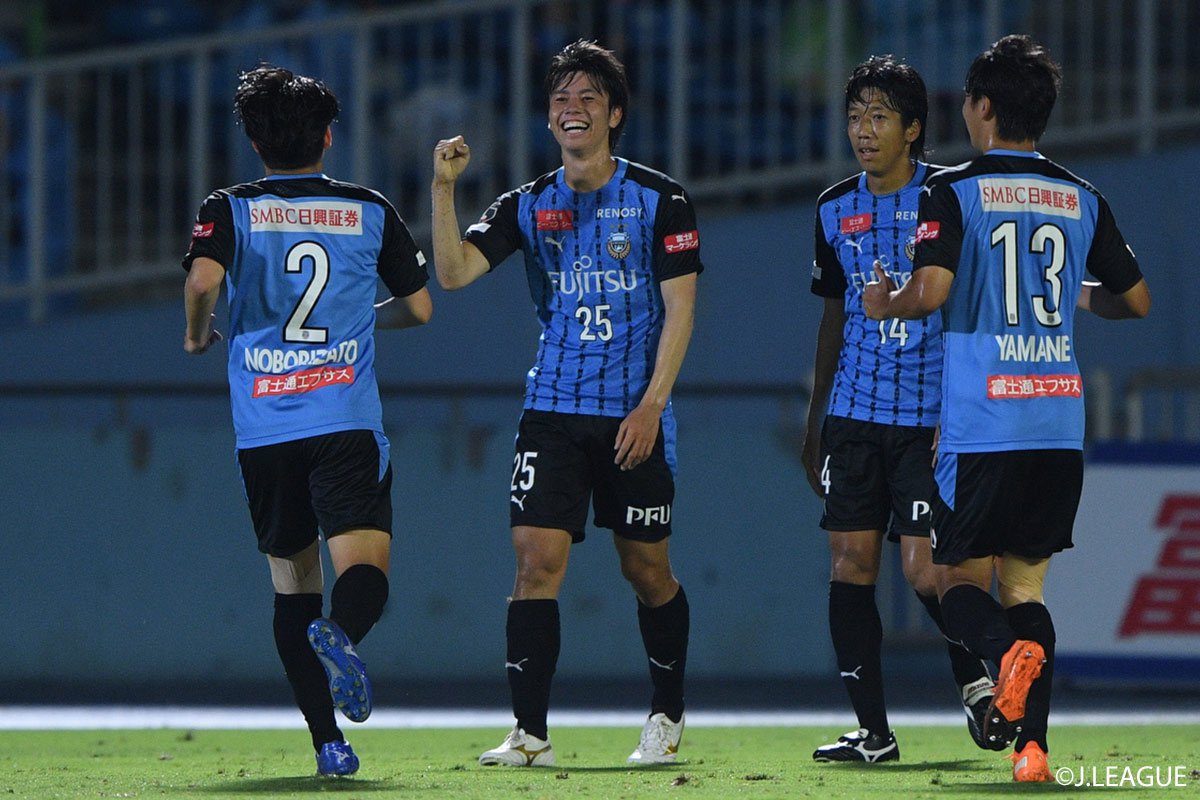 Kawasaki Frontale, who hosted Yokohama FC, opened their account with Ao Tanaka's goal in the 22nd minute. Reo Hatate extended the lead early into the second half. Although Yokohama FC pulled one back immediately, Hatate got his second in the 67th minute and made it 3-1. Finally, in the 74th minute, Frontale again conceded one, but the match ended up with a 3-2 result. Kazuyoshi Miura was in Yokohama FC’s starting lineup and updated the record for the oldest player in J1 (53 years, 6 months and 28 days).

Second-place Cerezo Osaka traveled to the capital city to meet FC Tokyo. They conceded two goals that were scored by the Brazilian duo formed by Diego Oliveira (in the 63rd minute) and Adailton (in the 66th), and were defeated 2-0. The gap between with table leader Kawasaki has now opened to 11 points. Kashima Antlers experienced a dramatic victory against Shonan Bellmare at home. In the 94th minute, Juan Alano, who scored in the previous match as well, finally broke the deadlock, and Kashima jumped up to fourth-place with their seventh victory in a row.

Kashiwa Reysol played away against Consadole Sapporo. They obtained the lead through Hidekazu Otani in the 52nd minute, and that was enough to return home with the whole three points. Gamba Osaka won 2-1 coming from behind against Nagoya Grampus, courtesy of goals from Yuki Yamamoto and Takashi Usami.

Vissel Kobe were under the spotlight as manager Thorsten Fink has suddenly left the club. They hosted Sagan Tosu, and in the 9th minute, Hotaru Yamaguchi scored the opening goal. After conceding an equalizer, in the 20th minute Andres Iniesta finally found his first goal of the season and re-established Kobe’s lead. Although, they again allowed an equalizer, Kyogo Furuhashi scored a brace in the 55th and 68th minutes to make it 4-2. Eventually, the game ended with a bombastic 4-3 score, and for Vissel it was their first victory in the last eight games. Yokohama F.Marinos defeated Vegalta Sendai 3-1 with two goals coming from Erik, and achieved three consecutive victories. Sendai have now lost five games in a row.