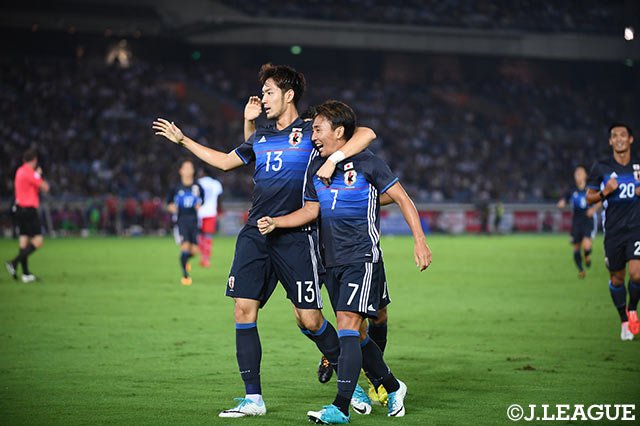 Japan needed a last-gasp goal from Shinji Kagawa to escape defeat against Haiti and scrape a 3-3 draw in their final game of the Kirin Challenge Cup on Tuesday.

The Samurai Blue had roared into a two-goal lead via Shu Kurata and Kenyu Sugimoto before 20 minutes, but almost fatally took their foot off the gas at Nissan Stadium.

Sensing weakness, Haiti pushed forward for Kevin Lafrance to pull one back before Duckens Nazon’s brace threatened to win it for the visitors.

However, Kagawa’s strike saw the spoils fairly shared out with Vahid Halilhodzic’s men now turning their attention to the friendly against Brazil in November.