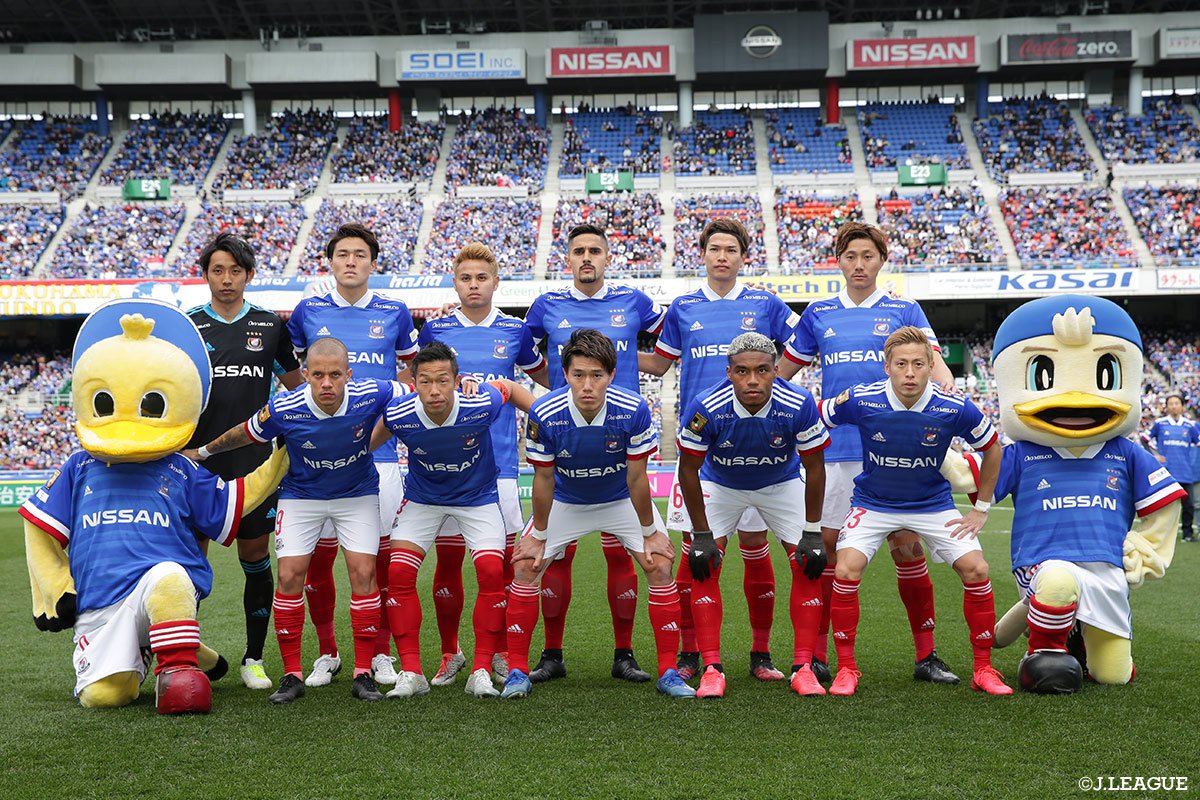 ・Team
The unique and entertaining style of football Yokohama FM have been working on under Ange Postecoglou blossomed last year, during the manager’s second season in charge. Especially in the final part of 2019, F.Marinos overwhelmed the opposition and won the league for the fourth time in their history, their first championship in 15 years.

To defend the title this year, they added top players in each position, while keeping most of the squad from the previous season. In addition to the signing of Ado Onaiwu, who has developed dramatically at Oita Trinita, Yokohama FM announced the return of Jun Amano who had moved to Sporting Lokeren on loan last summer, as well as the signing of former Kashiwa Reysol defender Ryuta Koike, also returning from Belgium. With these reinforcements, the squad seems even stronger than in the last season.

The goal is to achieve the double by winning both J.League and AFC Champions League; however, the season started with a 2-1 loss at home at the hands of Gamba Osaka.

・Key Player
Marcos Júnior
The Brazilian attacker scored 15 goals in his first season in Japan, and was crowned as the joint-top scorer with his teammate Teruhito Nakagawa. His top skills and positioning are a key factor in Yokohama’s attacking football.

・New Signing
Ado Onaiwu
Onaiwu had a breakthrough season last year during his loan spell at Oita Trinita, where he scored 10 goals, and has the potential to turn into a goal-machine with the reigning champions. He boasts great physical ability to work as a target man, as well as strong eagerness to point toward the goal.