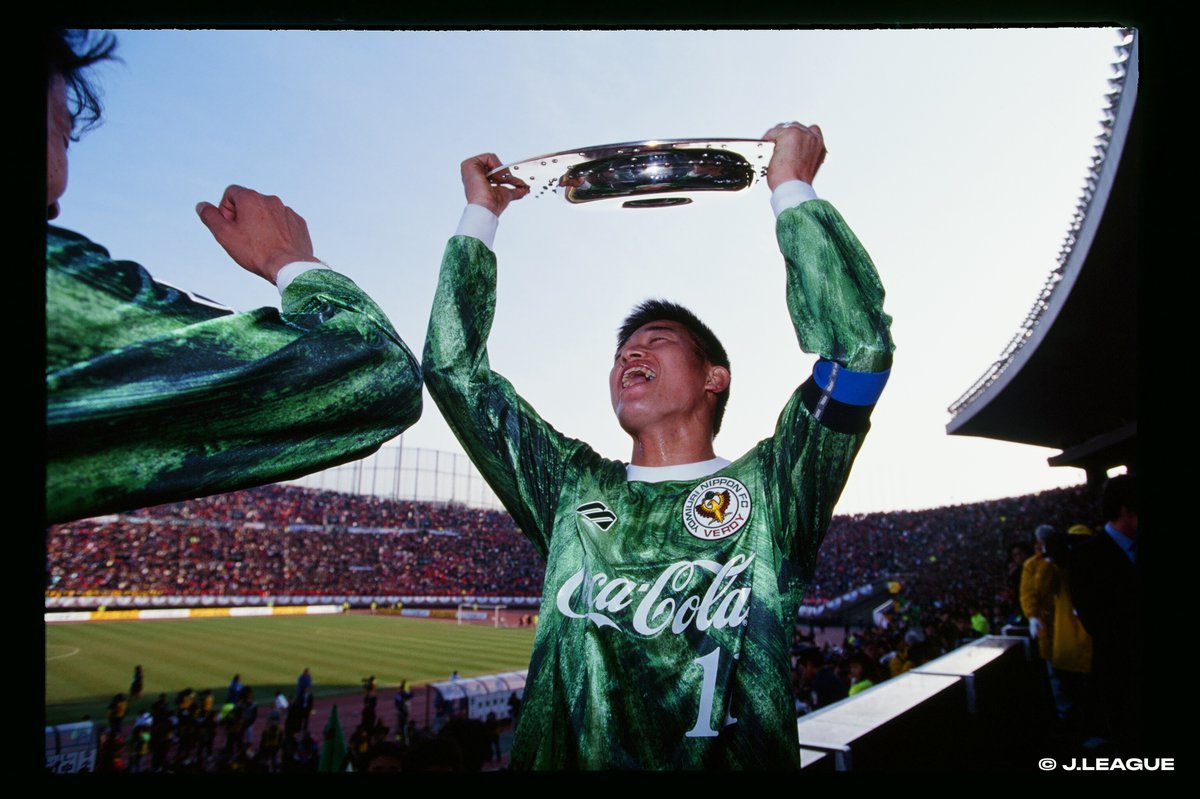 May 15th is a significant date on the Japanese football calendar, marking the anniversary of the inaugural J.LEAGUE match, which kicked off on this day in 1993. Known as J.LEAGUE Day, every May 15th stirs countless football memories and gives us another chance to look back through the game’s modern era in Japan. So, with J.LEAGUE Day here for the 29th season, let’s take a look back at 29 of our favorite facts in J.LEAGUE history.

2. Masashi Nakayama, known to many as Gon Nakayama, has the most goals in a J1 LEAGUE season, scoring 36 in 1998. He also scored Japan’s first-ever FIFA World Cup goal that year in France!

3. Kenyan striker Michael Olunga scored 8 goals for Kashiwa Reysol in a 13-1 victory on the final day of the 2019 season—the club’s last match in the second tier before promotion.

4. The J.LEAGUE holds a Mascot General Election every season at the FUJI XEROX SUPER CUP, with Vivi-kun of J2 club V-Varen Nagasaki crowned as the most recent winner.

5. The most shots in a J1 game came between Kashiwa Reysol and Shimizu S-Pulse in 1998, when the teams took 51 between them (Kashiwa 30, Shimizu 21). Despite Kashiwa taking more shots, Shimizu won the match, 2-1.

7. Shunsuke Nakamura is the only player to be voted J.LEAGUE MVP on two separate occasions—and he achieved this feat 13 years apart (2000 and 2013).

8. With their undefeated run to start the season dating back to 2020, Kawasaki Frontale have currently equalled the longest unbeaten run in J1 LEAGUE history at 21 games. This record, first set by Omiya Ardija during the 2012 and 2013 seasons, can be broken by Kawasaki Frontale with a win or draw in Matchweek 14 against Hokkaido Consadole Sapporo.

10. Tegevajaro Miyazaki are the newest J.LEAGUE club, and their entry into J3 this year means 40 of Japan’s 47 prefectures now have a team in J.LEAGUE.

11. Kashima Antlers and Yokohama F·Marinos are the only clubs to have never been relegated from the J1 LEAGUE.

13. In 1999, Kawasaki Frontale were the first team to be promoted to J1 as the champions of J2. F.C.Tokyo also were promoted that year as runners-up.

14. 38-year-old Yoshito Okubo is the all-time J1 LEAGUE top scorer, with 5 of his 190 goals (to date) coming this season for Cerezo Osaka.

15. Cerezo Osaka have a rich history of producing players with successful careers in Europe, including Shinji Kagawa, Hiroshi Kiyotake, and Takumi Minamino.

17. You can watch the J.LEAGUE in over 50 countries/regions worldwide, as well as selected games for free on YouTube every week!

19. In its early years there were no draws in the J.LEAGUE, with all games producing a winner either inside 90 minutes, courtesy of a golden goal (called V-Goals) in extra time, or via a penalty shoot-out. Here are some of the best V-Goals, as voted for by fans in 2019

20. J.LEAGUE teams bow to their fans at the end of every match - win. lose, or draw.

21. As well as welcoming players from all over the world, the J.LEAGUE has also participated in referee exchanges, with officials from Scotland, Poland, and Australia among those to have taken charge of matches in Japan.

22. Kashima Antlers made football history at the FIFA Club World Cup in 2016, becoming the first-ever team to benefit from a VAR decision. The J.LEAGUE side were awarded a penalty by referee Viktor Kassai, who was alerted to a foul on Daigo Nishi inside the penalty area by his video assistant referee Danny Makkelie. Shoma Doi converted the penalty to book Kashima a place in the final, where they lost to Real Madrid after extra time.

23. Four J.LEAGUE clubs (Hokkaido Consadole Sapporo, Nagoya Grampus, Vissel Kobe, and Oita Trinita) have stadiums with either fitted or retractable roofs, in order to ensure matches can be played in any weather condition, but only three are currently in use. Nagoya Grampus’ Toyota Stadium has not used its retractable roof since 2015.

24. 54-year-old Kazuyoshi Miura makes headlines every year these days as the oldest professional footballer in the world, but the spotlight is nothing new to the Yokohama FC striker, who was the inaugural J.LEAGUE Player of the Year back in 1993.

25. The third tier of the J.LEAGUE, J3, started with 12 teams in 2014, with Zweigen Kanazawa crowned as the first champions and promoted to J2, where they have remained ever since.

26. Kashiwa Reysol made J.LEAGUE history by winning back-to-back titles in the top two divisions: First winning the J2 title in 2010 and then securing the J1 crown in their first year back in the top flight in 2011.

28. J.LEAGUE clubs must carry out community efforts in their local areas as a stipulation of J.LEAGUE membership, with all 57 clubs building bonds with their hometowns and contributing through a wide range of activities every season.

29. Australian goalkeeper Mitch Langerak broke J.LEAGUE records in back-to-back seasons for Nagoya Grampus, setting the mark for most clean sheets in a season (17) in 2020 before following it up this year with the most consecutive shutouts (9) in a campaign.

We hope you enjoyed these 29 facts and we thank you for joining the fun on J.LEAGUE Day! Be sure to follow all of our social media channels for more content on this special occasion! 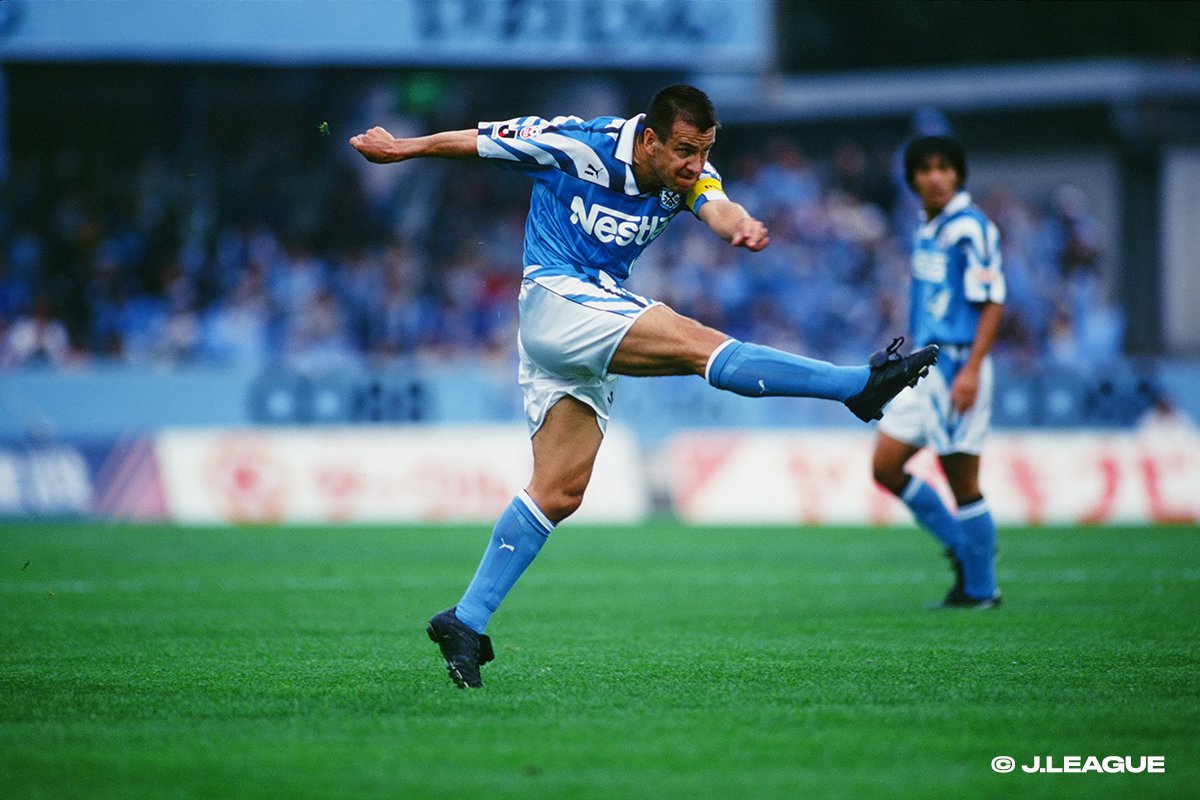