Japan U-17 fall to France despite Miyashiro consolation 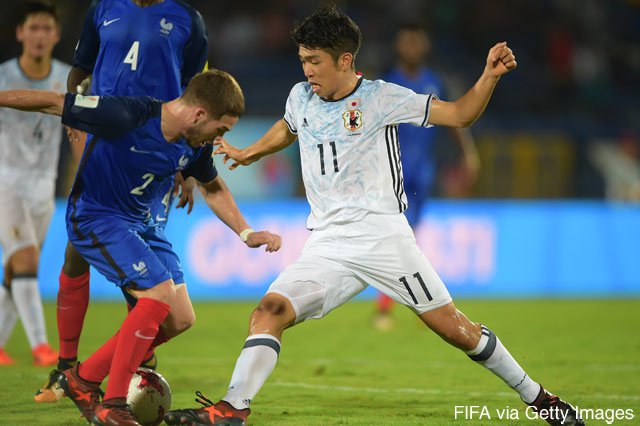 The FIFA Under-17 World Cup Group Stage continued on Wednesday with Japan losing 2-1 to France in their second match.

The Europeans seized the initiative early on, with Amine Gouiri scoring the opening goal in the 13th minute after cutting through Japan’s defensive line.

Japan hunted for an equaliser with Takefusa Kubo leading the charge, but they were unable to make it 1-1 before the break.

France continued their assault in the second half, and it was Gouiri who made it 2-0 in the 71st minute after breaking down Japan’s right side. But soon after, Taisei Miyashiro was pulled down in the penalty area and converted from the spot to make it 2-1.

Japan mounted a valiant effort to earn a point, but were unable to prevent France from celebrating at the final whistle.

With advancement to the knockout stage still a possibility, Japan will finish the group stage on October 14 against New Caledonia.