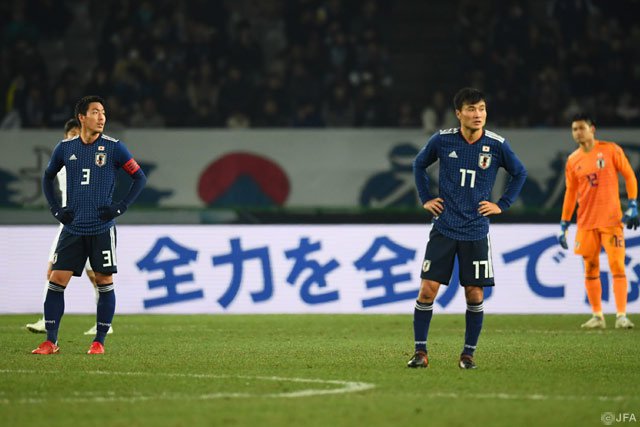 The third and final match day of the 2017 EAFF E-1 Football Championship Final took place on Saturday at Tokyo’s Ajinomoto Stadium as Japan lost 4-1 to a dominant Korea Republic.

The Samurai Blue took an early lead when midfielder Junya Ito was felled in the penalty area shortly after kickoff, with Yu Kobayashi slotting home the penalty kick in the third minute.

Kim scored his second goal of the night in the 35th minute to give the Taeguk Warriors a 3-1 lead at halftime.

Things went from bad to worse for the Samurai Blue, who saw the deficit expand to three goals when Yeom Ki-hun scored from a free kick in the 69th minute.

A substitute appearance from Kengo Kawamata did little to change the hosts’ fortunes as the final whistle blew on a 4-1 defeat, giving Korea Republic the E-1 title and resigning Japan to second place.