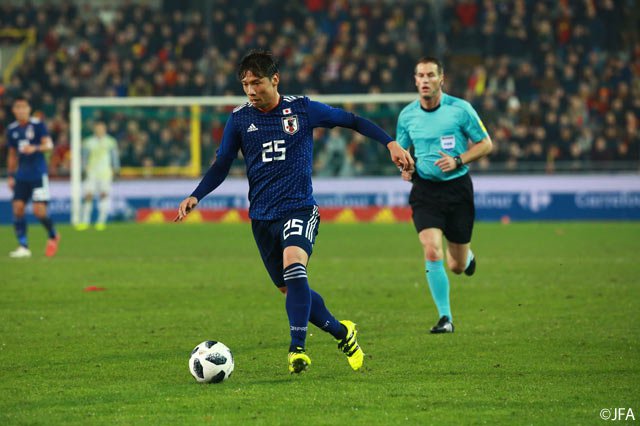 Japan’s national team lost 1-0 to Belgium on Tuesday night, local time in their second and final friendly of the international break.

The Samurai Blue found themselves on the defensive early as the hosts attacked through star striker Romelu Lukaku, but goalkeeper Eiji Kawashima made several fine saves in the first half.

Japan created their own chances, with Yuya Osako menacing the goal through Hiroki Sakai’s cross in the 26th minute and Maya Yoshida unleashing a close header from Ideguchi’s free kick.

Japan continued to press in the second half, and their tempo increased after Nagasawa was replaced by Ryota Morioka.

But a defensive lapse in the 72nd minute allowed Lukaku the chance he needed to score the first goal of the match, and substitutes Kenyu Sugimoto and Takashi Inui were unable to find an equaliser.