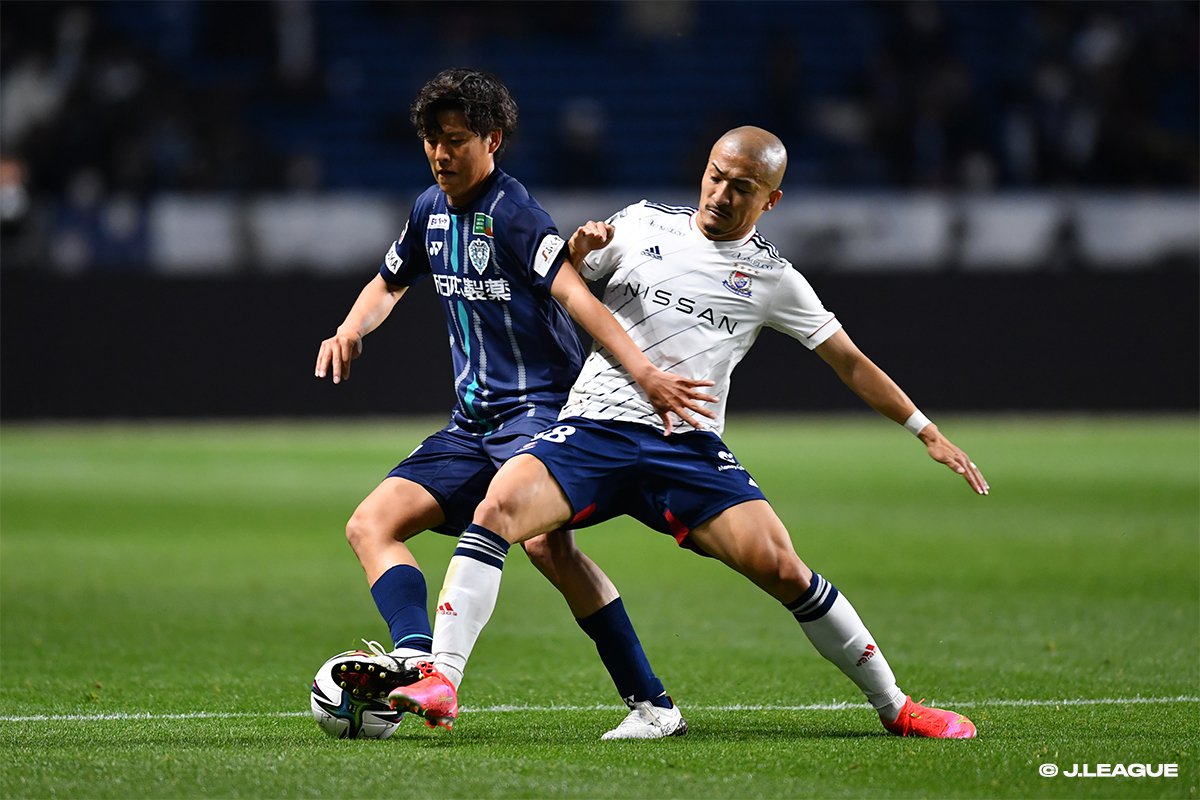 The high scoring MEIJI YASUDA J1 LEAGUE stayed, well, high scoring in Matchweek 3. For the second straight week, there were more than three goals per game as teams across the country lit up the scoreboards.

All those goals couldn’t shake up the top of the table, though. Kawasaki Frontale still lead the way, with the benefit of having played one more match, but Nagoya Grampus and Sagan Tosu have also taken maximum points and are right on the heels of the defending champions.

New promoted Vortis were tasked with going away to the top team in the league and coming away with a result. That didn’t happen, and the visitors will be disappointed with how they handled the Frontale high pressure, but there were bright spots. Naoto Kamifukumoto was up to the challenge in goal, and Vortis defended well when they were able to get their back line set. All in all, it was a respectable showing for a team new to the top flight that was handed the tallest of tasks. The defending champions, led by Leandro Damião’s two first-half goals, were simply too much to handle, but that has been the case for many teams over the last couple seasons.

When you have a defense as good as Nagoya Grampus’, it doesn’t take much to rack up wins. That was the case on Wednesday night, where a single own goal was enough to deliver three points. A 58th minute cross found Yoichiro Kakitani, whose header forced a great save from Kim Seung-gyu. Kim then made an even better save on Sho Inagaki’s rebound attempt, but, unfortunately for Reysol, the rebound off that save hit Takuma Ominami’s leg and, before the defender even realized, the ball had bounced into the net for the deciding goal.

The surprise team with a perfect record this season is Sagan Tosu, and they made a statement with an absolute thumping of Vegalta. Five different players scored for the home side, started by Keita Yamashita in the fifth minute. Eduardo followed in the 25th minute, but the pick of them all came in the 39th minute when Tomoya Koyamatsu cut in on his right foot and hit a gorgeous curling ball from 18 yards right into the bottom corner. Vegalta had an opportunity to make a match of it in first half stoppage time when they earned a penalty kick, but Shuhei Akasaki’s attempt smashed off the post. Yuta Higuchi and Noriyoshi Sakai added second-half tallies and Sagan Tosu had themselves a statement win.

Vissel Kobe looked on their way to a comfortable victory after Douglas scored twice to put them ahead at Ajinomoto Stadium, but his second tally in the 65th minute just brought the match to life. F.C.Tokyo got on the board when Diego Oliviera was played in behind the Kobe defense and rounded the keeper to make it a one-goal match. Three minutes later, a rebound fell right to Kensuke Nagai, who finished into an empty net and the match was tied. Momentum seemed to lie with Tokyo, but in the 85th minute, Yuta Goke let a long effort rip. His shot smashed off the post, but Goke was still running forward after his shot and beat everyone to the rebound. He tapped the ball home for a bizarre, but match-winning goal to rescue all three points for Kobe and move them to fourth in the table.

It was a rough start to the season for Kashima Antlers, who gave away a late lead in their first match then had their second match postponed. While it was primarily a result of circumstance, it was still unusual to see such a historic club towards the bottom of the table, but they moved quickly to set things right on Wednesday night. Ryotaro Araki scored just three minutes into the match to put Kashima in front, then the winger added a second goal in the second half with a shot cooly slotted between the goalkeeper’s legs. All was right in Kashima again, and while Takuya Okamoto did cut their lead in half late, Koki Machida scored right after to restore the home side’s two-goal lead and ensure Kashima would walk away winners for the first time in 2021.

Things could have hardly started better for Sanfrecce at Edion Stadium Hiroshima. Kosei Shibasaki scored a mere two minutes into the contest when he made a late run into the box on a corner kick and powered a header into the net. Then, just six minutes later, a perfect Sanfrecce counterattack saw Yoshifumi Kashiwa get the ball unmarked from 18 yards and he did not make a mistake, slotting the ball right into the corner for an early two-goal advantage. The potent Consadole attack went into overdrive for the rest of the match, constantly threatening the Sanfrecce goal, but all they had to show for it was one Anderson Lopes penalty. Otherwise, their efforts smashed the post or just missed the frame, as Sanfrecce held on for victory.

S-Pulse must have felt good about their chances to take some points home from Osaka after scoring in the fifth minute. Katsuhiro Nakayama pounced on a poor giveaway and finished to give the visitors an early lead, but crosses brought Cerezo back for victory. First, it was a corner kick whipped in that Ryuya Nishio got on the end of to equalize, then it was a spectacular volleyed finish from Hiroshi Kiyotake that delivered the win to Cerezo. S-Pulse may feel hard done after a good performance that probably should have earned them at least a point, but Cerezo played well too, and a finish as terrific as Kiyotake’s does deserve the glory of being a match-winner.

Marinos controlled this match from the start, dominating possession and generating the first looks at goal, but it wasn’t until the 38th minute that they were rewarded. A handball in the box earned them a penalty kick, which Marcos Júnior buried for the lead. A second goal came just after the hour mark when Ryuta Koike’s blast from more than 20 yards found the net and it looked like the visitors would win easily. Down two, Fukuoka tried to mount a comeback and a Cauê tally in the 74th minute made for a tense finish, but Daizen Maeda scored on a gorgeous diving header in the 90th minute to wrap up all three points in style for Marinos.

Yokohama FC played their best match of the young campaign in Saitama, but a pair of rash challenges ruined their evening. Shunsuke Nakamura committed the first offense, clumsily pulled down Tomoya Ugajin on the edge of the box for a 37th minute penalty that Kenyu Sugimoto converted. Then, just before the half, it was Daiki Nakashio who gave away a penalty, this time finished by Yuki Abe. For Urawa Reds, it was a successful night that saw them grab their first win of the season, but Yokohama FC walked away still without a point after a couple bad moments ruined an otherwise improved performance. 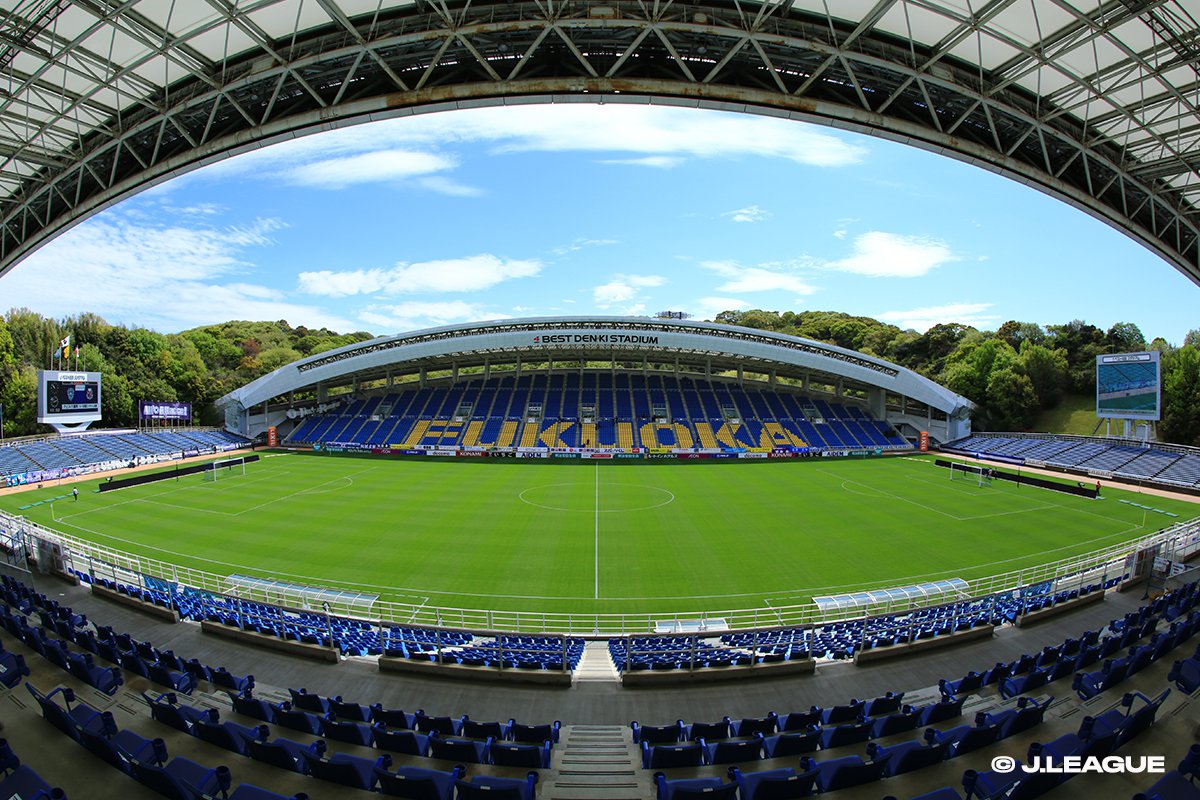