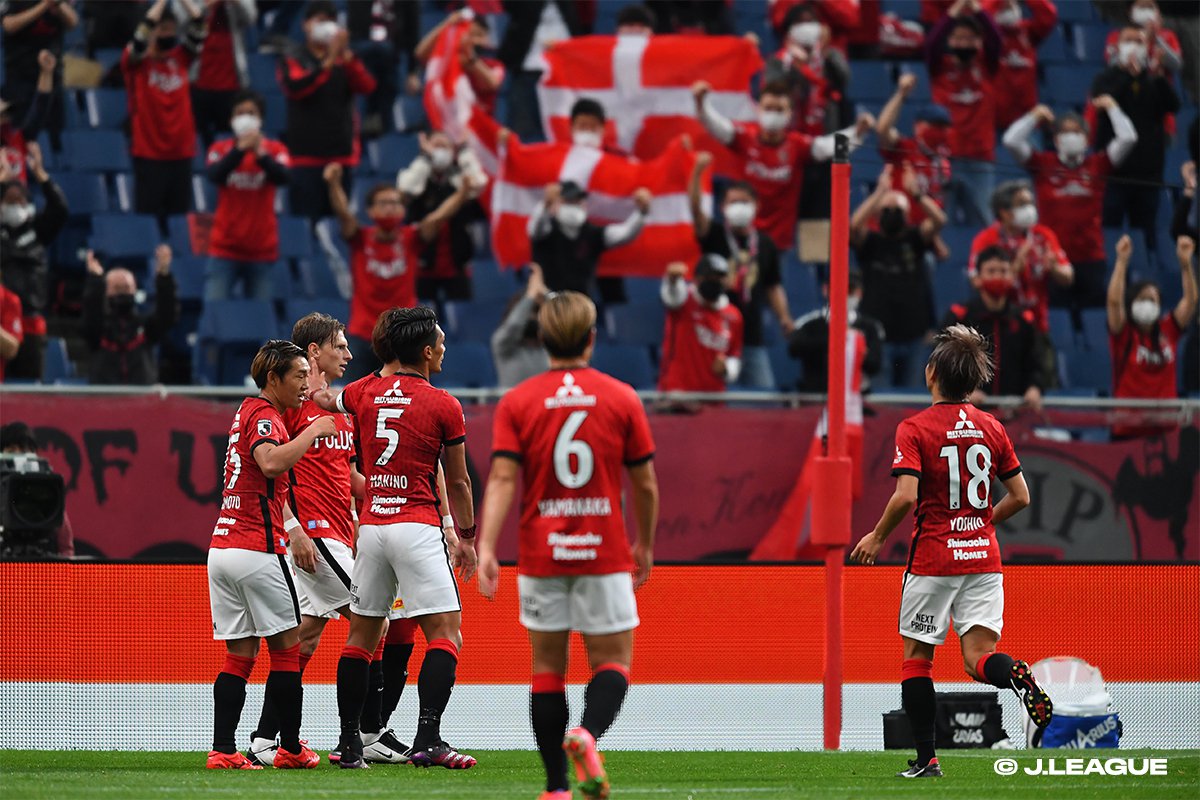 Ricardo Rodriguez guided Tokushima Vortis to the MEIJI YASUDA J2 LEAGUE title a year ago, and that was enough to get the attention of Urawa Reds, who moved quickly to appoint him their new manager for the 2021 campaign. The Spaniard needed a little time to install his vision at Urawa, and some struggles early on in the season followed, but Rodriguez has the Reds flying now with five wins from their last six catapulting them up to sixth in the table.

A much-improved defense has been at the heart of Urawa’s resurgence, with the Reds pitching three consecutive clean sheets. And that stout defense will be the problem for Sanfrecce Hiroshima to solve this week when Urawa visits Edion Stadium Hiroshima.

It’s been a rocky year for Sanfrecce, who have traded good and bad results for much of the campaign. Their best is tantalizing, but they have yet to find the consistency needed to challenge the top of the table and, sitting ninth, have seen the likes of Urawa pass them up. That said, they have wins over both Osaka teams and an impressive draw against Sagan Tosu in their last four matches so maybe they’ve begun to find their footing.

Are Urawa ready to take the fight to the top four? Or are Sanfrecce ready to prove that they’ve got the steady footing needed to be a clear top half team? We’ll find out this week.

Urawa’s defense has keyed their rise, but they still need goals. And while their defense was playing well, they were still sometimes let down by their attack. But that’s in the past now, thanks to Kasper Junker.

The Danish striker joined the team this month and has been the most dangerous player in the league ever since. In four starts, he’s scored five goals. His physical presence in the box has completely overwhelmed opposing defenses, his skillful finishes have won Urawa matches, and he has brought his teammates into the game beautifully.

With Junker leading the attack, Urawa have themselves an outright star.

Newly promoted teams are usually the top candidates to be relegated in any season, anywhere in the world. It’s not hard to figure out why - jumping up a division is always a major lift. And that lift is even bigger this season in the MEIJI YASUDA J1 LEAGUE, where four teams will be relegated to right-size the division after some changes to account for the pandemic.

So, where are the two new top flight clubs? Well, Avispa Fukuoka is sitting pretty all the way up in fifth place, while Tokushima Vortis are eight points clear of the drop zone. The newly promoted sides have been excellent!

Both teams have gotten the job done largely with goalscoring. Vortis have outscored every team below them, while Fukuoka have taken it to a whole other level, scoring the second-most goals of any team in the league.

Simply put, Avispa Fukuoka and Tokushima Vortis have been great, and quickly ended any talk that they’d have a fight on their hands to stay in their new league. So much for newly promoted teams struggling.