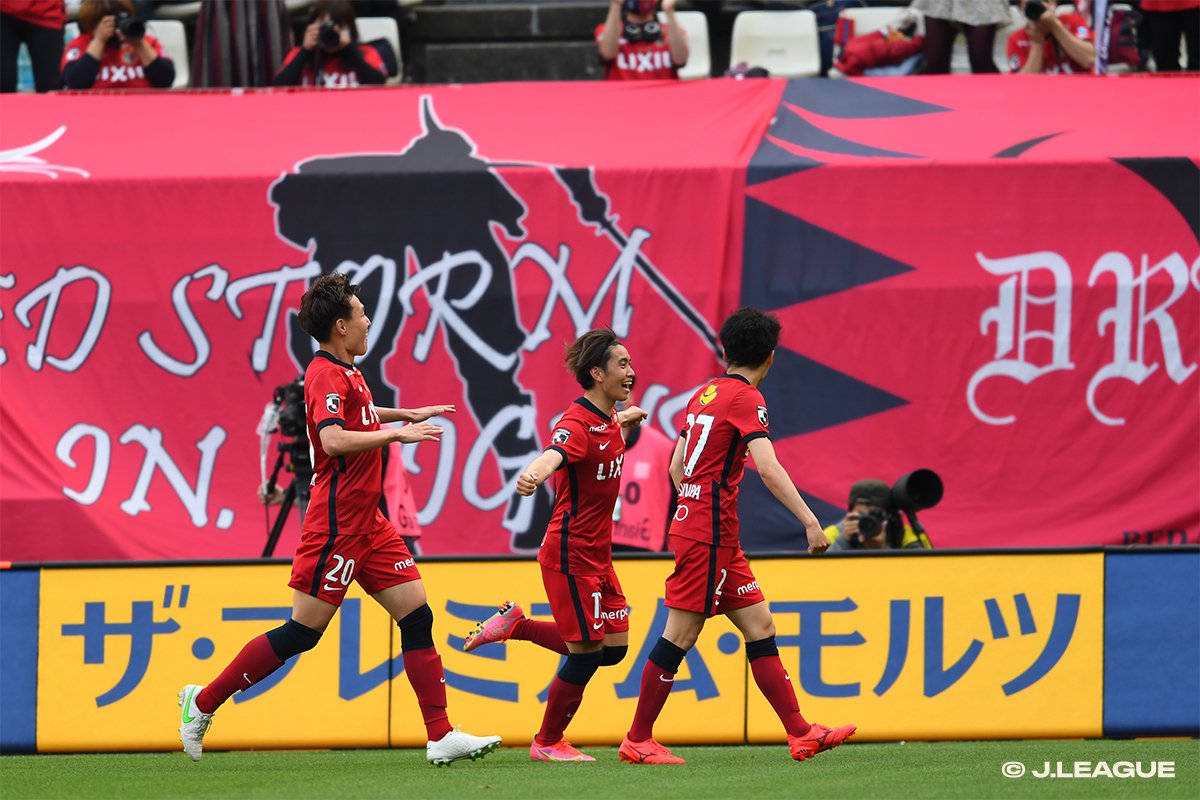 Kashima Antlers have not lost in 12 matches across all competitions, a run that has seen them average two goals per match and keep clean sheets in half of their contests. Quite simply, the attack and defense have both been spectacular, and their excellent play has seen them jump to sixth in the table.

Kashima haven’t just beat up on the bottom half of the table either. Their last two matches in the league were wins over second-place Nagoya Grampus and a Yokohama F·Marinos side that went into the match having not lost in 16 contests.

Next up for Kashima will be third-place Sagan Tosu, who will present a very different challenge. Sagan have the best defense in the league, and by a large margin. Their six goals conceded on the season are half as many as the next closest team, and that defense has fueled their run up the table. Early on in the season, they were the league’s surprise team, but at this point there is nothing surprising about their excellence - a great defense and the prowess of Keita Yamashita up front is a recipe for success.

If Kashima can add to their unbeaten streak with a fifth straight win, they’ll be just a point back of Sagan and their run at an AFC Champions League place will be at top speed. But Sagan could hold them down, end their streak, and make another statement that they are the league’s third best team.

Brazilians Leandro Damião and Anderson Lopes have rightfully been in the spotlight for their goalscoring exploits this season, with Damião on 10 goals and Lopes 11 to start the campaign. Alongside them now in the Golden Boot race, however, is the surging Ado Onaiwu.

The Yokohama F·Marinos man has eight goals in the last five matches and is unquestionably the player on the hottest run in the league.

His 10 goals have been key in Marinos’ terrific run of form this season, and with teammate Daizen Maeda dropping deeper as of late in Ange Postecoglou’s system, Onaiwu has thrived with more space up top.

Right now, there is no player in the MEIJI YASUDA J1 LEAGUE whose attacking performances demand more attention week in and week out than Onaiwu—and that makes him our Player to Watch.

The J.LEAGUE YBC Levain CUP group stage came to a close on Wednesday, and eight teams now have their midweek slates largely clear. Next month, when four additional teams are dumped out of the competition in the playoff stage, more than half of the league will have many midweeks off.

What will that mean for their MEIJI YASUDA J1 LEAGUE form?

Cup competitions are terrific and prestigious, but they also tax teams and expose their squad depth, or lack thereof. More and more teams are not going to have to rotate as much, and will be able to rely more on well-rested, first-choice players in the league. That could shift results and change the table … or maybe not.

There’s no telling exactly how the change in fixtures are going to affect things, but this is the last weekend that the majority of teams will be coming off of midweek cup play. Let’s see how things go this matchweek and then compare in future weeks. It could be telling as for how the second half of the season plays out.

In the meantime, several teams take impressive cup form into the league this matchweek, including Urawa Reds, who host Vissel Kobe. The Reds look reborn with Kasper Junker up top, and the J.LEAGUE YBC Levain CUP has proved useful for getting the Danish striker familiar with his new surroundings. With four goals in his first four appearances across all competitions, it will be interesting to see if Junker can continue his hot form and get the Reds another big result against Iniesta and co. as they come to town.