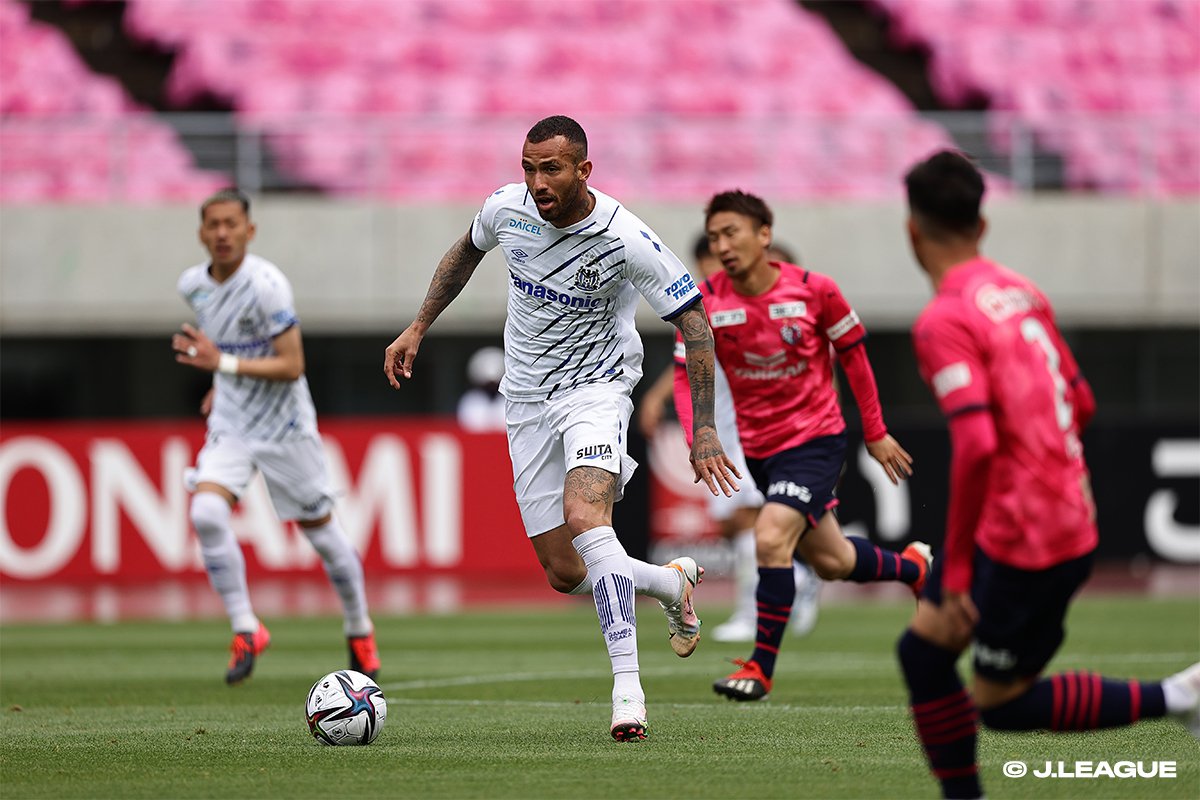 Kawasaki Frontale and Nagoya Grampus were expected by many to be the top two teams in the MEIJI YASUDA J1 LEAGUE this season and for the first two months of the season, they had lived up to the hype. When they finally met last week, though, Frontale made easy work of their challengers. The defending champions won 4-0 in a dominant performance. With the reverse fixture just five days later, but this time in Kawasaki, it looked like Frontale may simply prove to be too good. When Jesiel struck in the 30th minute, Frontale’s momentum went into the hyperdrive. Then Miki Yamane got free and the champions had doubled their lead after a moment of Kaoru Mitoma brilliance. A bad error by the Nagoya defense then gifted Frontale their third goal, and it looked like the romp was on. But Nagoya, a combined 7-0 down in their 160 minutes against Frontale to that point, did not quit. Sho Inagaki got a goal in the 73th minute to get the visitors on the scoreboard, then Mateus scored in spectacular fashion in the 83rd minute to make it a one-goal game. Nagoya were fighters, even against the defending champions who had put them in a deep hole, and in the last 10 minutes of the match, they continued to pressure Kawasaki. But Frontale answered the call, just barely holding off the Grampus attack in the dying minutes to get away with a 3-2 victory in a thrilling 90 minutes between the league’s two best teams.

Sagan held on tight to their third place spot with a strong second half over the weekend. After an uneventful first 45 minutes, Sagan came alive after the break and went ahead when their press forced a turnover and Keita Yamashita’s shot took a fortunate deflection to beat the goalkeeper. 20 minutes later, they doubled their lead through Keiya Sento, who bundled the ball over the line from a corner kick to seal the successful afternoon for Sagan.

Vissel continued to stalk the top four as Kyogo Furuhashi led them to a victory that extended their unbeaten streak to eight games. Furuhashi got in behind the Sanfrecce defense in the 11th and 25th minutes to score a pair of goals that put Vissel well on the front foot, while Yuya Nakasaka added a goal of his own. It wasn’t all Vissel, though. Sanfrecce had some bright moments and probably deserved at least one goal, but Daiya Maekawa made a couple excellent stops to preserve the clean sheet.

The Marinos train kept on rolling, this time with Ado Onaiwu leading the way. The striker’s uncanny instincts in the box to find space and the ball paid off three times as Onaiwu scored a hat trick with three goals from a combined 17 yards out and never needing more than a couple touches as he received the ball right in front of goal on every occasion. Fourth place Marinos still have matches in hand on everyone around them in the table and are unbeaten since the season’s opening weekend.

There was no victor in the Osaka Derby, much to Cerezo’s chagrin. The home side had control of most of the match and should have gone ahead just before halftime, but Yuta Toyokawa’s penalty kick clattered off the post. Cerezo did jump ahead in the 74th minute thanks to a gorgeous curling effort from Motohiko Nakajima and it looked like it was going to be a productive day for the Sakura - good play, a win and the debut of Adam Taggart. But an 80th minute handball handed Gamba a penalty kick that Patric buried to steal a point for the visitors as neither side was able to claim dominance in Osaka.

Avispa’s first season back in the top flight continues to go swimmingly. An early goal by Bruno Mendes sent them on their way to victory and a late goal by John Mary sealed it as Avispa stuck to their system - very little possession, but conceding few clear cut chances and leaning on a deadly counterattack. It’s worked all season and it now has them up to seventh place.

Kashima jumped out early thanks to a tally from Ryohei Shirasaki and Shoma Doi doubled the lead in first half stoppage time before Koki Machida put a bow on the win 10 minutes from time in a match that the visitors dominated from start to finish. It was a terrific showing from Kashima, who are now into the top half of the table, while Yokohama failed to put a shot on target as they continue their search for their first win of the season.

A single goal from Yamata Machida was enough to earn Trinita all three points as S-Pulse were bedeviled by misfortune. Machida just barely nudged a loose ball from a corner kick over the line to put the home side in front in the 34th minute. From there, S-Pulse had most of the best chances, but they just missed the frame, or had a deflection take it just wide, or saw the ball bounce inches from its intended target in front of net. Trinita were happy to take the win, though, as they moved to 17th place and ever closer to getting out of the relegation zone.

Vegalta entered the weekend with three points, but those were the product of three draws. They had not won a game yet, but, with Reysol in town, they did not look like a team whose season had gotten off to a bumpy start. Vegalta played wonderfully from the opening whistle and had a few chances to go in front in the first half. The good play continued in the second half, so when Koji Hachisuka hit a beautiful curling cross in the 68th minute that was right on Takuma Nishimura’s head for a simple header to put Vegalta in front, Yurtec Stadium Sendai went wild. They had been waiting to see Vegalta win a game, and their team had been so close to delivering all game. Finally, Nishimura had done it, and Vegalta had themselves a win.

60% of possession and more than two-thirds of the game’s shots is usually enough for a team with one of the league’s top scorers to pull out a win, but that was not the case for Consadole. Their excellent play did not hold up in front of goal as they were unable to put one of their 17 attempts in the back of the net as Shonan escaped with their league leading sixth draw of the campaign.