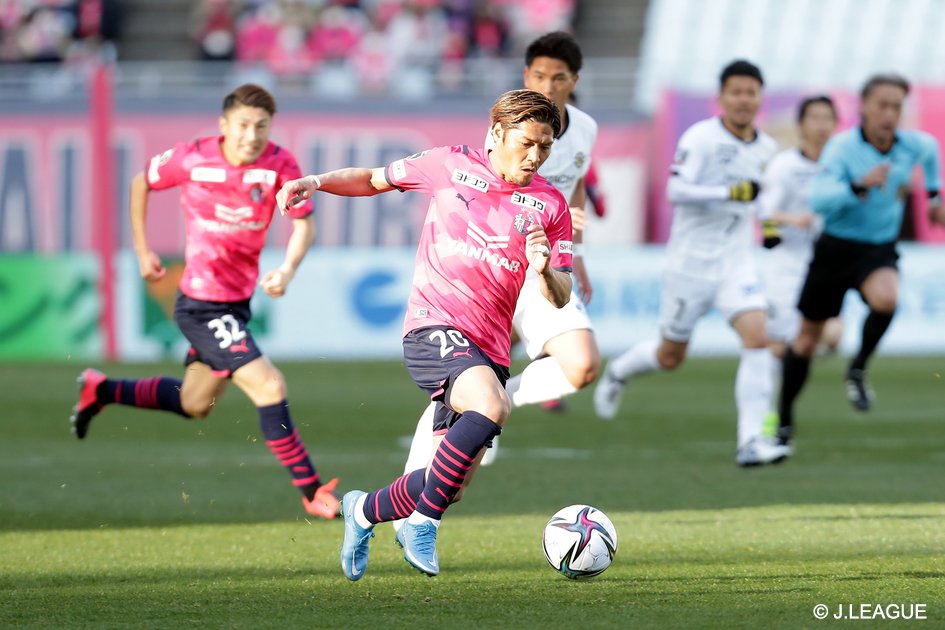 Finally, the new MEIJI YASUDA J1 LEAGUE season has begun. And the opening weekend gave us plenty of thrills, from the champions making clear their status as favorites, to phenomenal comebacks, and to a slew of late, game-changing goals. If this is how the rest of the season goes, this is going to be a J.LEAGUE campaign for the ages.

It was only fitting that the defending J1 LEAGUE champions got to kick off the new season and they looked predictably excellent. Kawasaki Frontale came out quickly with a pair of first half goals and cruised to victory over a good Yokohama F·Marinos side that has ambitions of dethroning Frontale. Akihiro Ienaga did the honors for Frontale, scoring in the 21st and 43rd minutes, but it was a true team effort in the dominant opening performance by the champions.

The newly promoted Tokushima Vortis looked the part of a top division team, despite playing away to a strong Oita Trinita that finished midtable in 2020 MEIJI YASUDA J1 LEAGUE. Takeru Kishimoto took advantage of an early mistake by the Trinita defense to put Vortis in front before Arata Watanabe equalized in the second half, but Vortis had the bulk of the possession and shots as the newcomers made quite the statement with a very impressive showing.

Vegalta Sendai’s campaign could not have started much worse, with Simão Mate Junior seeing a red card in the 27th minute when he had to stop a clear goalscoring opportunity with a tackle from behind. Minutes later, Sanfrecce Hiroshima had the lead, thanks to a deflected shot by Júnior Santos that found the back of the net. But some breathtaking goalkeeping by Jakub Słowik kept it a one-goal game until the 90th minute, when an opportunistic Shuhei Akasaki scored to deliver Vegalta Sendai a shocking point.

Hokkaido Consadole Sapporo are hoping to move from the midtable places into the top four competition and they looked the part of a team capable of that in a dominant opening win. Goals from Yoshiaki Komai and Takuro Kaneko in the second and fourth minutes set the tone for the match, and while Kléber gave Yokohama FC a chance with his 29th minute strike to make it 2-1, Consa were just too good. Kaneko added his second just before the break, then Anderson Lopes and Chanathip Songkrasin tallied in the second half as Hokkaido Consadole Sapporo shone bright.

It took just five minutes for Urawa Reds to celebrate for the first time this season as they found the back of the net in the early going, but VAR found the play to be offside and ruled the goal out. With the match back to scoreless, both teams settled into a defensive contest that looked destined for a 0-0 draw until Yuki Abe managed to get to a loose ball in the box and bang it home for a 74th minute goal. That tally gave the match a jolt as FC Tokyo pushed for an equalizer and everything opened up. Urawa Reds nearly added to their lead, but Go Hatano made some fine saves to keep FC Tokyo in it and set up a late Masato Morishige equalizer on a deft header from a free kick.

The first away win of the 2021 season came courtesy of a late Shimizu S-Pulse rally. Kashima Antlers started brightly, only to be denied by some excellent goalkeeping and last ditch blocks, but they were finally rewarded in the 75th minute when Ryotaro Araki was first to a shot that came back off the crossbar and blasted it home. Desperate for a goal, S-Pulse pressed forward and just three minutes later got what they were looking for when Thiago Santana found the back of the net. Then in the 83rd minute, Yusuke Goto put S-Pulse in front when he headed home a gorgeous cross. Finally, in the 88th minute, a corner kick deflected in off a Kashima Antlers defender and Shimizu S-Pulse had gone from 1-0 down to 3-1 up in a mere 10 minutes for a terrific three points.

A well-played and even contest in Hiratsuka could have gone to either team. Shonan looked like they had gone in front early, only to have it ruled out for offside, while Sagan Tosu had several great chances go begging, but the visitors finally got their opportunity with an 80th minute penalty. Daichi Hayashi stepped to the spot and cooly blasted it into the top of the net, providing the only goal in the match as Sagan Tosu walked away with their first three points of the campaign.

Kashiwa Reysol have the unenviable task of replacing 2020 MVP Michael Olunga and it got tougher for them when Takumi Kamijima was sent off in the 35th minute for pulling down a player to stop a goal scoring opportunity. From that point on, Cerezo dominated. Yoshito Okubo got on the end of a sizzling cross and headed home just before the break—his first goal for Cerezo Osaka since 2006. In the second half, Tatsuhiro Sakamoto added a late goal to send last season’s fourth place finishers to a season-opening victory.

Vissel Kobe and Gamba Osaka played a back-and-forth match that saw both teams look capable of walking away winners at Noevir Stadium Kobe. Daiya Maekawa was especially responsible for keeping the match scoreless, making some excellent saves to deny Gamba Osaka. The match stayed scoreless until the 79th minute when a gorgeous through ball from Hotaru Yamaguchi played Kyogo Furuhashi in on goal and the forward finished with aplomb, floating the ball over the goalkeeper and into the net for the winning goal.

The difference in this match was Mateus, as the brilliant Brazilian powered Nagoya Grampus to a season opening victory. He struck first in the fourth minute when he nutmegged one defender, left another sliding past with a tricky cutback, then nutmegged the goalkeeper on the finish for the best goal of the very young season. Mateus found the net again in the 55th minute to give his club a 2-0 lead and while Avispa Fukuoka fought back strongly, even scoring in the 82nd minute, the newly promoted side’s brave performance wasn’t enough to conquer Mateus and Grampus.