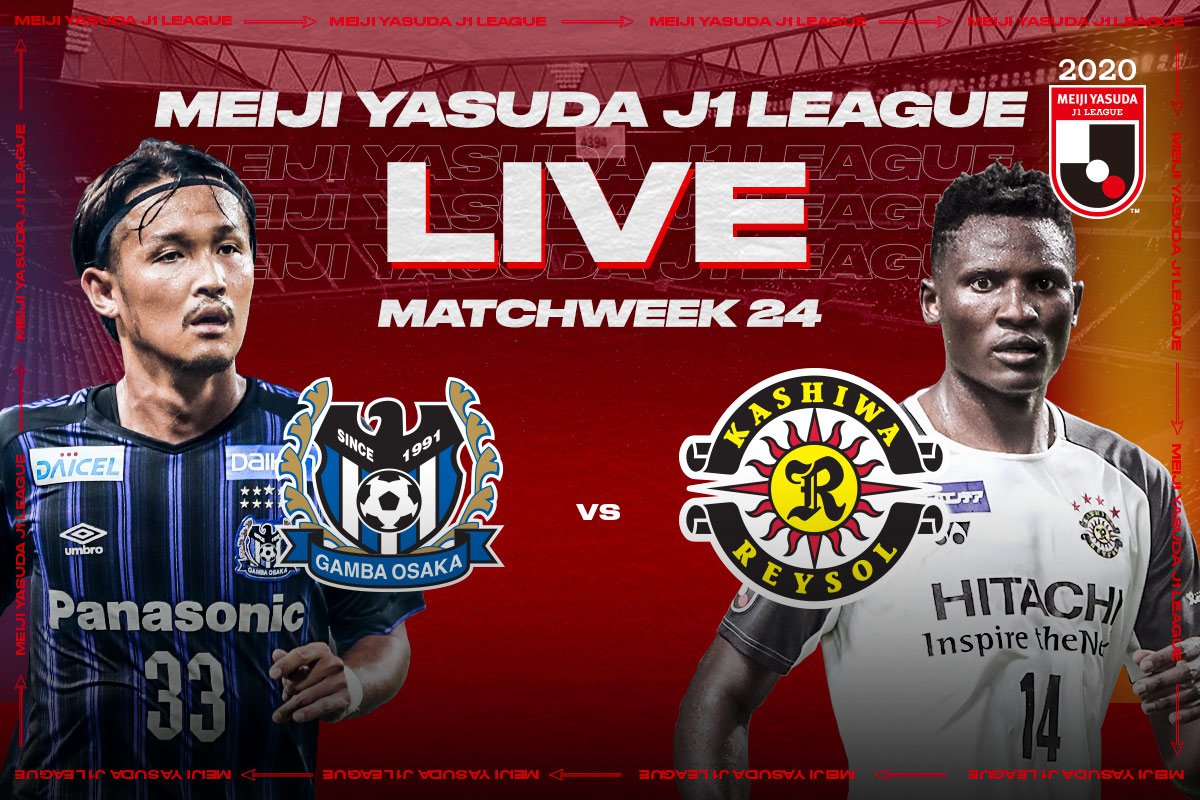 Gamba Osaka and Kashiwa Reysol will go toe-to-toe at the Panasonic Stadium Suita in Matchweek 24—and global fans in certain markets will be able to tune in LIVE!

Be sure to visit our official J.LEAGUE International YouTube channel on October 24th at 16:00 JST to catch all the MEIJI YASUDA J1 LEAGUE action!

Gamba are defeat-less for eight games and they invite Kashiwa Reysol to their den. The black and blue’s solid defense have only allowed four behind their net during this period and last week’s clean sheet feat is likely to nullify their previous lackluster three-goal defeat to Kashiwa in the previous meeting. The visitors’ recent struggle also convinces the home side’s conviction, with Kashiwa failing to register any win in their last two games – victimized by Shonan Bellmare outrage. Defensive amendments are a top concern for Nelsinho Baptista, albeit Ataru Esaka is a relief, scoring two goals against Gamba at their last meeting.