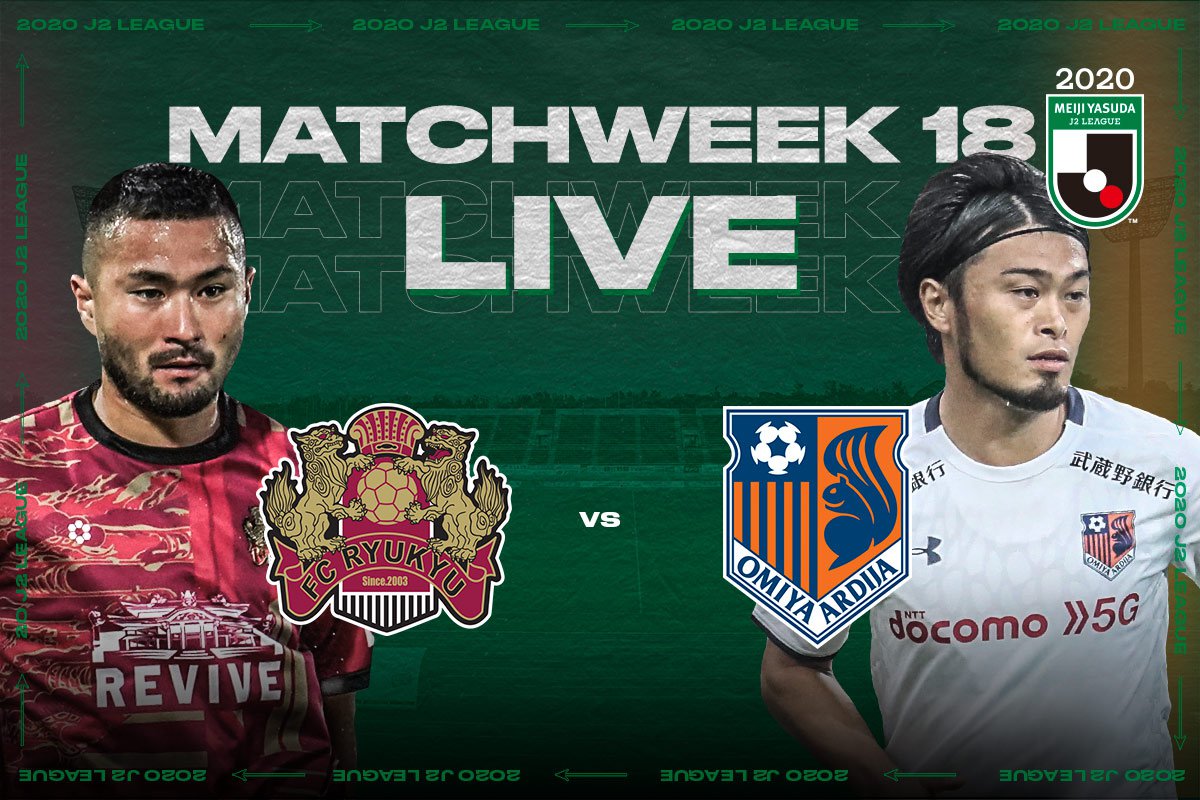 The J.League International YouTube Channel broadcasts a free J2 match every round.

For Match-day 18, on September 9, we offer the game between FC Ryukyu and Omiya Ardija!

FC Ryukyu are struggling, having lost the last four matches. In their previous game, they conceded four goals before half-time and lost to Machida Zelvia. They feature the worst defense in the league, which already conceded 33 goals, and need to improve to start picking up points. Meanwhile, Omiya are undefeated in their last two games and showing signs of improvement. They could not overcome Fagiano Okayama on Saturday, but their new signing Ibba claimed his first goal. The Norwegian striker, who has been scoring many goals in J2, will likely be their key player for the rest of the season.